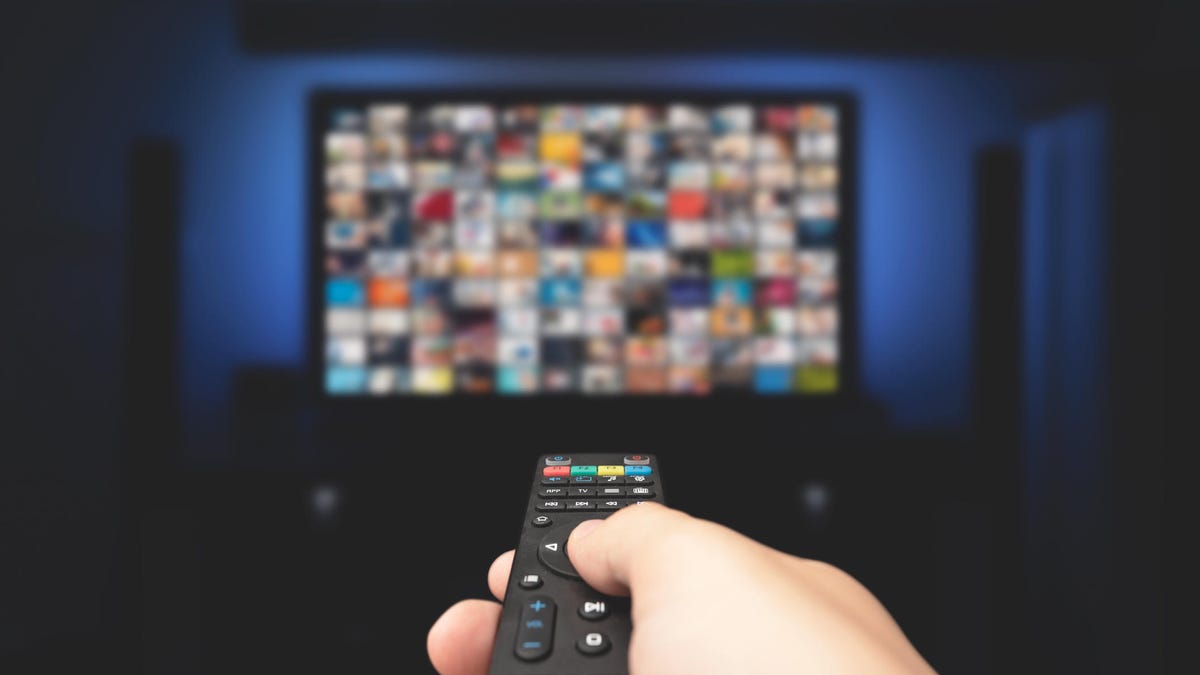 Sling TV has an à la carte approach to channels that separates it from its competitors and makes it our top overall pick. While the others tend to offer only one or two packages, Sling TV offers three basic packages — Blue, Orange, Orange & Blue — plus a wide variety of packages bundling up to a dozen related channels. This is a mixed blessing, as it can be a tad confusing. But I like it because it lets me get only the channels I want.

It starts with two $35 per month for the Blue or Orange channel packages. Some channels (TBS and TNT) are available on both Sling Orange, over 31 channels, and Sling Blue, over 41 channels. Orange is basically an ESPN/Disney package, while Blue offers a Fox/NBC package. Your best deal, if you want a broad selection of channels, is to combine them in the Orange & Blue package for $50.

What you won’t get are local ABC, CBS, and PBS channels. For those, Sling TV urges you to use an over-the-air (OTA) antenna. Indeed, Sling TV has its own streaming devices, AirTV 2 and AirTV Mini, to watch both Sling TV and your local channels. I’ve used and liked them both.

Sling TV’s packages, besides such common offerings as Showtime channels, cost from $6 to $10 monthly. For example, the $11 Sports Extra comes with 15 channels, including NBA TV, ESPNU, ESPNEWS, NHL Network, and several college sports networks. It also offers a personal favorite, Willow Cricket, for $10 per month. The $6 Hollywood Extra offers seven channels including — for my way of thinking — the essential Turner Classic Movies (TCM) and ReelZ.

On its cloud DVR, Sling TV offers 50 hours. If you want more, you can up to 200 hours of storage for an additional $5 per month. You can also fast-forward through commercials with this service.

Your streaming options are… interesting. Sling Orange only lets you stream one channel at a time, while Sling Blue allows for three. If you get the package with both, you can stream four shows at once.

Finally, if you want non-English channels, Sling TV is better than all the other services combined. It includes numerous Asian and European language offerings. It also offers Arabic and Brazilian Portuguese.

Personally, I’ve liked Sling TV since it pioneered live TV streaming back in 2016. I like the interface, I like its speed, and I like that I can pick and choose my channels. Its combined Blue and Orange price is still below that of its main competitors, making Sling TV today’s best streaming service for the price.
Pros: