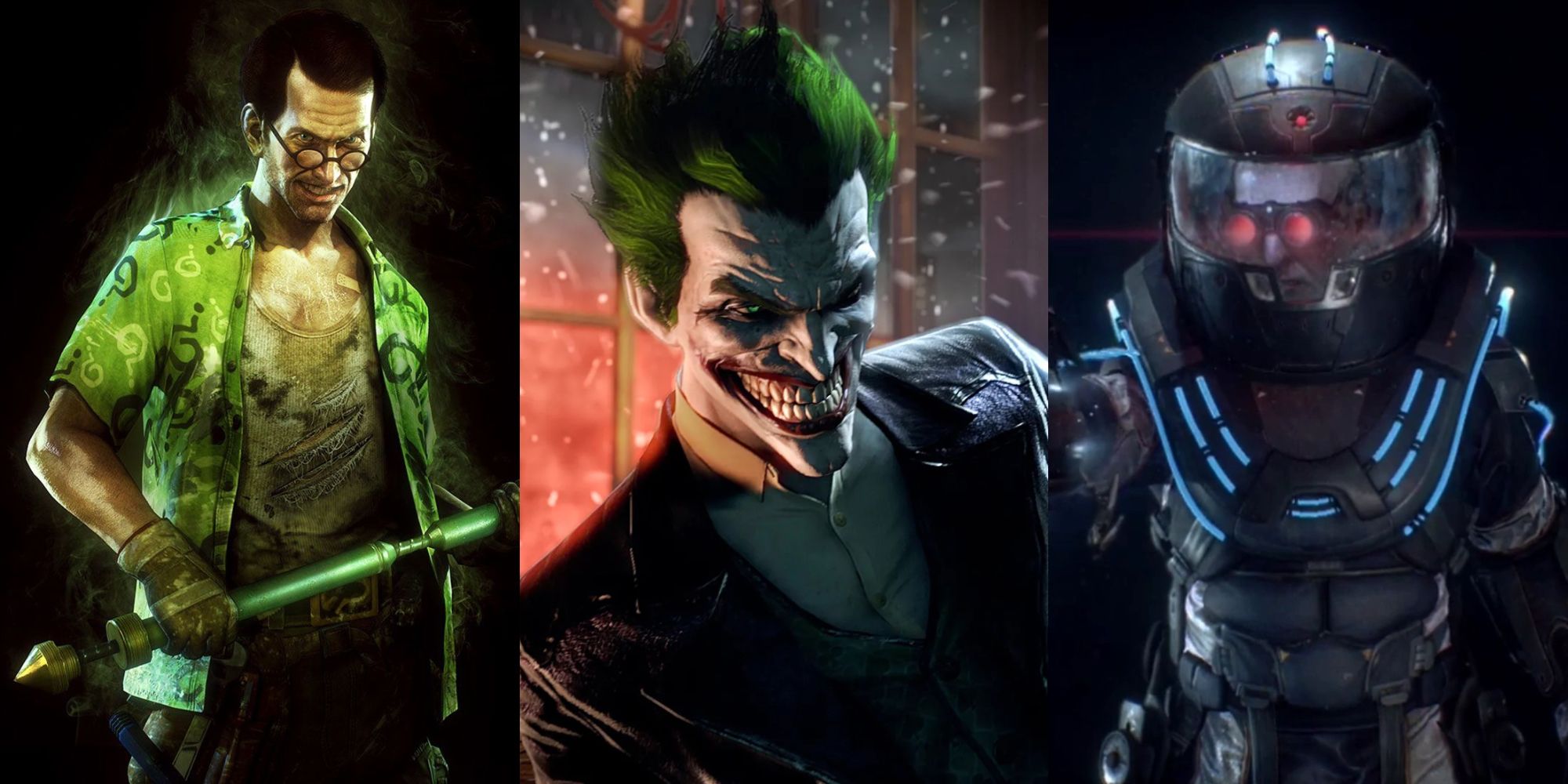 The Batman: Arkham franchise introduced new looks for many of the franchises iconic characters that still hold up years after the last game released. Whether it fit the theme of the character in the game, innovated their design from what had been done previously in the series or in the franchise, or paid homage to the character’s background through intricate details, some outfits of the Batman: Arkham series are always on point. From Asylum to Origins, City to Knight, each game had characters both good and bad donning their best duds to do battle (except maybe for Batman: Arkham Asylum, those outfits did Harley Quinn and Poison Ivy dirty).

Even the most annoying enemies to fight had brought their best clothes to the Batman: Arkham games, but they aren’t who will be discussed here. This list is reserved for the biggest of the bad (and maybe not so bad). The heroes and villains that stick in players minds long after the game has been cut off are the ones whose designs got the most love, and are most worthy of a shout-out.

To tell whether a design truly holds up, it has to be examined through a number of lenses. First, did the design make sense in the game it was featured in? For example, the Riddler’s design changed radically between Batman: Arkham City and Batman: Arkham Knight, but so did his role in the games. Second, did the design make sense for the character it was featured on? Apologies to Rocksteady, but Harley Quinn’s nurse outfit or shortchanged backstory in Arkham Asylum were unnecessary. Lastly, does the outfit add anything to the character, and what can the audience learn about the character from the design of their outfit and appearance? Taking in all these factors, this is a collection of some designs in Batman: Arkham that still hold up.

The Penguin Brings A Cool Class To Batman: Arkham City

The Penguin in Batman: Arkham City has one of the overall best designs in the game from a character standpoint. Everything that needs to be known can be gleaned from some aspect of his design. Of course, his trademark umbrella is never far from him, but beyond that Rocksteady did a fantastic job bringing the character’s background to bear through his look in Arkham City. The “monocle” he wears is actually the bottom of a broken bottle embedded over his eye. Oswald Cobblepot learned the criminal trade on the rough and tumble backstreets of England, where he more than likely came against a broken bottle or two being waved in his direction. This also accounts for his affected accent. The mittens he wears in the Iceberg Lounge, a property in Arkham City the Penguin owns, give his hands the flipper-like appearance of his namesake, while the black overcoat with a furred collar (combined with the mittens) hints at his predilection for colder environments.

Mr. Freeze’s design speaks to the inhuman and near-alien position he finds himself in. Unable to survive in normal climates, once rescued in Batman: Arkham City he is trapped once again inside his suit. The suit itself features an oversized helmet and chest plate with a more skin tight undersuit beneath. Inside the helmet, his goggles are able to change from a dark blue to a bright red when enraged. When fighting him, the two points of red light are often the only thing Batman sees before Arkham City’s (different from Gotham Knights’) Mr. Freeze is on him. The intimidation factor is clear. Moving to the suit itself, it is constantly covered in condensation to highlight the temperature difference. Tubes full of a glowing blue liquid (likely some form of liquid nitrogen) snake their way throughout, further solidifying how out of his element Mr. Freeze is in normal climates.

The Joker Hasn’t Yet Found His Stride In Origins

Showcasing his youth in Batman: Arkham Origins, the Joker’s design is one of a man who has yet to fully embrace his role as the Clown Prince of Crime, but is on the cusp of it. He already sports his trademark spats, but his outfit overall is much more modern, avoiding almost ruining the character like Arkham‘s Harley Quinn.

His color scheme is there, with a purple leather coat and a green vest, but they are something one could reasonably find at a department store as opposed to a Halloween outlet. He is relatively new to life as the Joker, and his outfit shows what a novice Joker would wear before buying (or stealing) his trademark clown gear.

Taking place after the events of Batman: Arkham Knight, the Red Hood Story Pack focuses on the titular anti-hero giving Black Mask a hard time, and gives him a new outfit to boot. The leather jacket plays into Jason Todd’s bad-boy image, while the titular red hood and helmet give him his new persona – one not mocked by fans like Gotham Knights‘. The symbol on his chest is reminiscent of Batman’s, but is more evocative of a bird of prey, hearkening back to his time as Robin, though decidedly more vicious, since robins are known to feast on insects and berries. From the waist down, it’s all military. Holsters for his twin pistols adorn combat pants and boots, and show that this vigilante isn’t afraid to use any means necessary to bring the bad guys of Gotham City to Justice.

There’s no mistake that the Riddler dressed the part in Rocksteady’s most recent game, even though his challenges in the open-world, Batmobile-laden game could be seen as Batman: Arkham Knight‘s biggest mistake. Forgoing the traditional suit and bowler for a mechanic’s button-down and tool belt, the Riddler of Batman: Arkham Knight has obviously been tinkering with high-powered and mechanically complex deathtraps and is still wearing the goggles he used welding one of the game’s Batmobile challenge courses.

Character design can often tell more about a character than dialogue. Whether it’s the Riddler’s mechanic outfit in Batman: Arkham Knight or the Joker’s not-quite-clown outfit in Batman: Arkham Origins, it’s clear that the team at Rocksteady and WB Games Montréal knew what they were doing when piecing together everyone’s wardrobe. The level of detail found in each character model is astounding, and worthy of praise. The teams obviously put a great amount of effort into their Batman: Arkham character designs, and because of this many of them still hold up over half a decade after the last game released.