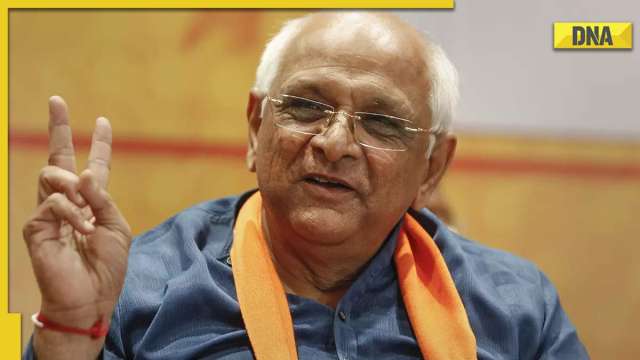 Bhupendra Patel will be “repeated” as the Chief Minister of Gujarat for another term, BJP’s president of the state unit C R Paatil has said. The Gujarat Assembly elections are scheduled to be held later this year.

Paatil, while speaking at an event hosted by TV9 news channel, also dismissed any challenge from the Aam Aadmi Party, and said that the Congress would remain in second place.

Responding to a query on the party’s next chief minister in the poll-bound state, Paatil said: “Chief Minister Bhupendra Patel has done good work and he would be repeated.”

Patel, a first-time MLA, was the party’ surprise choice as CM after Vijay Rupani’s exit in September last year. In a recent interview to The Indian Express, Rupani said he was asked to resign only the previous night by the BJP “high command”, and he did not ask the reason.

On the Opposition, Paatil said the Congress’s support base had “eroded” from its earlier over 35 per cent vote share, but “15-18 per cent of its vote share was secure”. He said the Congress is the “undisputed No. 2”, adding that historically, Gujarat has never seen a triangular contest in the polls.

Meanwhile, Delhi Chief Minister and AAP chief Arvind Kejriwal on Saturday alleged that those involved in corruption under the BJP government in Gujarat have parked their money in “Swiss banks” and the AAP will bring it back if it is voted to power in the state.

He also promised the construction of 20,000 mohalla clinics on the lines of Delhi across Gujarat, government-run schools in each village of the state, and also assured “free and unlimited” healthcare for all.

“When people demand something, they (BJP government and leaders) say there is no money. Where does the money go when they collect crores and crores through various taxes? It goes into Swiss banks. Each one of them owns more than 10 bungalows. These netas have amassed enormous wealth,” said the AAP leader.

“If AAP forms a government, it will not let any minister or MLA indulge in corruption. We will bring back all the (black) money parked in Swiss banks,” said Kejriwal, adding that AAP will make electricity free by saving money through plugging corruption.

AAP has been stragically contesting Assembly polls in state where the BJP and the Congress are involved in a bipolar contest, with a clear aim to replace the Congress as the prime opposition party. The Punjab victory has given a boost to Arvind Kejriwal’s national ambitions.

Contesting elections on the Delhi governance model, Kejriwal has announced a number of freebies in both poll-bound states of Gujarat and Himachal Pradesh.