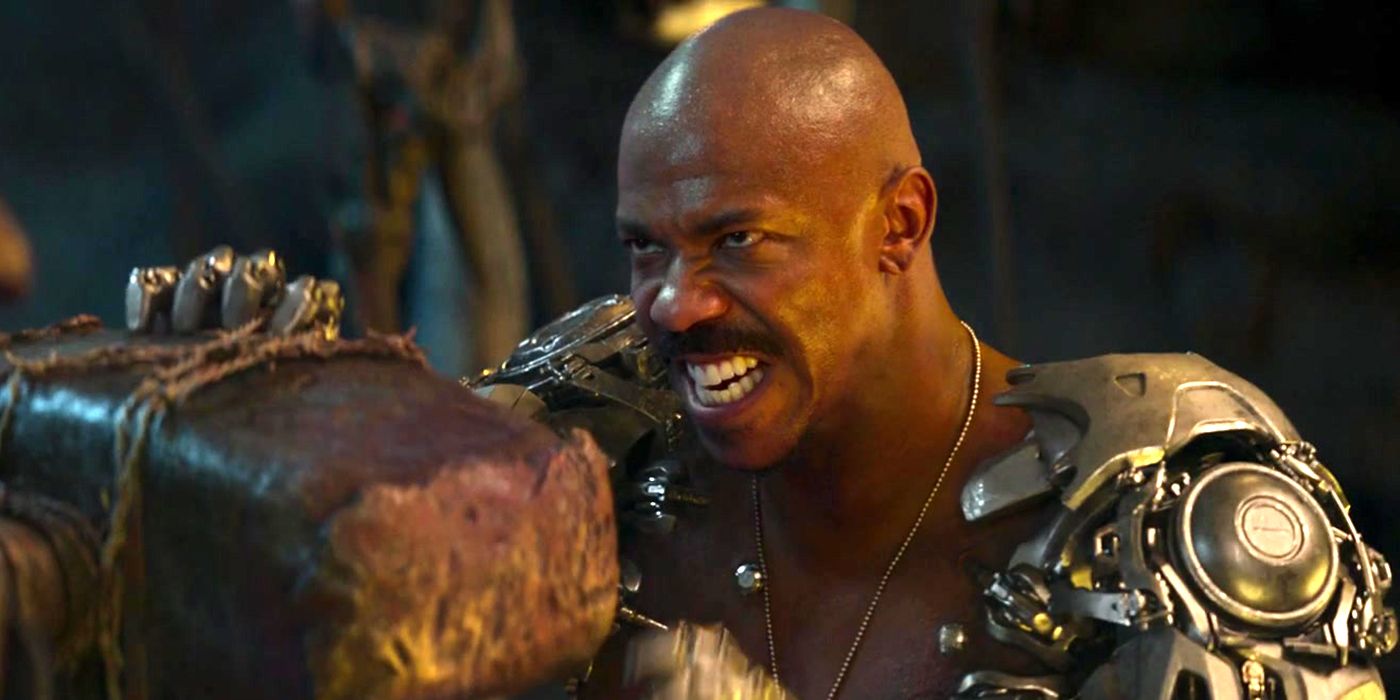 As development continues on the upcoming sequel, actor Mehcad Brooks has offered a promising update on his potential Mortal Kombat 2 return. Brooks, well-known for his work on Necessary Roughness and Supergirl, starred in the 2021 Mortal Kombat movie reboot as Jackson “Jax” Briggs, a Special Forces Major who works as one of the Earthrealm’s defenders against Shang Tsung and the forces of Outworld. Jax is initially taken out of commission by Sub-Zero early in the film, to whom he lost his arms, only to be rescued by Raiden and outfitted with metallic arms, which are upgraded to super-strength capacity when he awakens his arcana.

Helmed by Simon McQuoid in his directorial debut, 2021’s Mortal Kombat scored mixed-to-positive reviews from critics, but was well-received by audiences for its more faithful adaptation of the tone of the games than Paul W.S. Anderson’s original film. With it becoming a modest box office success and setting multiple HBO Max records, development on a sequel had swirled unconfirmed for nearly a year, with Warner Bros. officially announcing Mortal Kombat 2 this past January with Moon Knight‘s Jeremy Slater attached to write. Now that McQuoid has been confirmed to be back as Mortal Kombat 2‘s director, audiences may see a familiar face for the next installment.

While speaking exclusively with Screen Rant to discuss his role in Law & Order season 22, Mehcad Brooks opened up about his potential Mortal Kombat 2 return. Though noting he couldn’t share anything “in great detail,” the Jax actor did offer a promising update, confirming hearing rumbling of his being involved in the sequel. Representatives for Brooks have since noted to Screen Rant they cannot disclose any confirmations on his Mortal Kombat 2 return at the time of writing. See what Brooks shared below:

I’ve heard some pretty exciting updates. Nothing I can get into in great detail at this very moment, but expect to see Jax back, new and improved and with these motherf—–s working.

What To Expect From Mortal Kombat 2

While neither Brooks nor his reps offer official confirmation of his Mortal Kombat 2 return, his confidence that Jax will be back for the sequel should come as exciting news for both fans of the actor and the character himself. Though he was given somewhat of an arc in the 2021 Mortal Kombat movie, struggling with the loss of his arms and his subsequent weaker mechanical arms prior to unlocking his arcana, Jax was sidelined for a good portion of the film, leaving many eager to see more of him in the future. Now that Jax has his iconic metal arms and has shown he knows how them, brutally defeating Nathan Jones’ Reiko in the film’s epic third act, it would be exciting to see him properly square off against other Outworld foes for the sequel.

Though McQuoid is confirmed to be back for Mortal Kombat 2, no cast members have been announced at the time of writing, with Jax actor Mehcad Brooks, Mileena’s Sisi Stringer and Scorpion’s Hiroyuki Sanada all expressing their interests in coming back over the past few months. Given Jeremy Slater is taking over writing duties, it’s unclear whether the sequel will retain the original trilogy plans and include the titular tournament, but with the lore of the Mortal Kombat games frequently showing characters coming back from the dead, many of the original cast could make their way back, along with the soon-to-be-introduced Johnny Cage. Until new details emerge, audiences can revisit Brooks’ first turn with the 2021 Mortal Kombat movie streaming on HBO Max and catch him in Law & Order season 22 airing Thursdays on NBC.