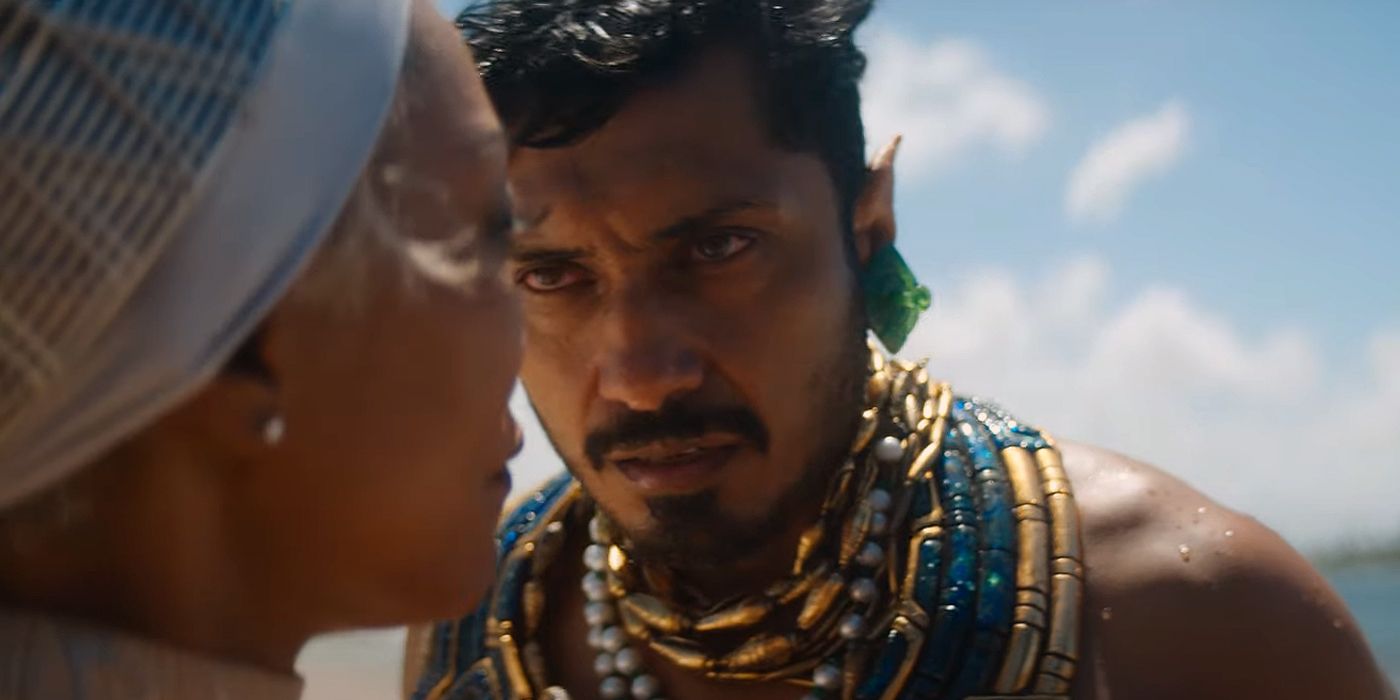 The new trailer provides a closer look at Tenoch Huerta‘s Namor, who appears to be one of the main points of conflict in Marvel’s return to Wakanda. Beyond being the sequel to one of the MCU’s biggest hits, Black Panther: Wakanda Forever also has an impressive cast stacked in its favor. Lupita Nyong’o, Danai Gurira, Letitia Wright, Winston Duke, Florence Kasumba, Martin Freeman, and Angela Bassett are set to reprise their roles from previous MCU entries. Ryan Coogler will also be returning to direct the sequel. However, Daniel Kaluuya, who played W’Kabi, will not be returning for the sophomore installment. Considering Kaluuya’s pivotal role in the first movie, it will be interesting to see how his absence is handled in the movie, especially since his character was also married to Gurira’s Okoye.

The cast for 2018’s Black Panther was led by Chadwick Boseman who sadly passed away in August 2020. Boseman played the titular Black Panther/King T’Challa in Black Panther, Avengers: Infinity War, and Avengers Endgame. He also reprised his role as T’Challa, only this time taking the mantle of Star-Lord, in Marvel’s animated series What If…? Following Boseman’s untimely death, plans for the sequel changed with Marvel Studios announcing that the role of Black Panther/King T’Challa will not be recast, choosing to instead honor the actor’s legacy. As such, the sequel’s story will instead focus on other characters who have been introduced in the franchise. However, the trailer made certain to honor the actor and character’s memory and tease who the new Black Panther will be.

Black Panther: Wakanda Forever also has the added responsibility of introducing Riri Williams/Ironheart to the MCU. Williams, who will be played by Dominique Thorne, is recognized as a genius and an inventor, who builds an iron suit that rivals that of Iron Man. It will be intriguing to see how she fits into the overall plot of the film. What’s more, Michaela Coel, whose star in the industry is on an undisputable rise, has also been cast in the movie in an undisclosed role.

With Marvel being Marvel, not much is known about Black Panther: Wakanda Forever beyond the fact that the movie will further expand on the stunning and enigmatic culture and characters introduced in the first Black Panther film. Thankfully, with this new trailer, we have a glimpse of what to expect from the upcoming film.

The Black Panther franchise will be returning to the big screen on November 11 when Wakanda Forever hits theatres. Until then, check out the new trailer below: