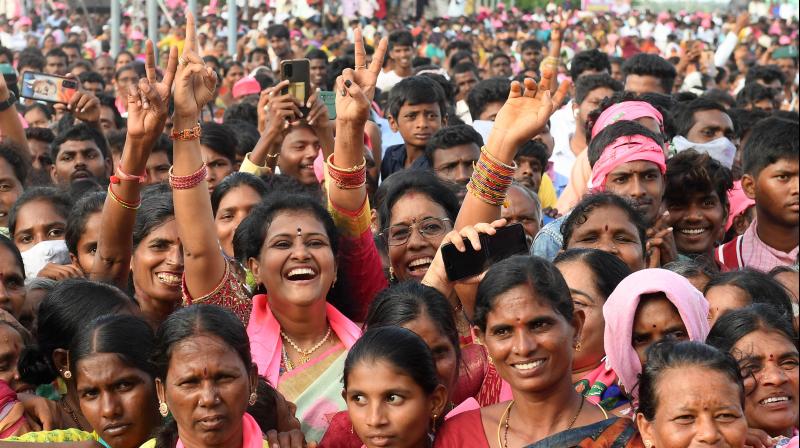 HYDERABAD: The battle lines for the Munugode byelections, scheduled for November 3, have been drawn, with the BJP, TRS and the Congress throwing in everything they have to win.

The by-election will be held on November 3, while counting of votes will be taken up on November 6.

The district administration issued a notification imposing election code in the Munugode Assembly constituency shortly after the Election Commission announced the election schedule for the constituency.

The ECI announcement came as something of a surprise, as the general expectation among political circles was that the bypoll in Telangana, along byelections to vacant Assembly seats with other states, would coincide with the Gujarat Assembly elections in December.

However, with the ECI proceeding with the bypoll schedule, Telangana’s three major political parties, the TRS, the BJP, and the Congress, are expected to step up their campaigns without losing further time. However, activity is expected to pick up after the Dasara celebrations on October 5.

It should be noted that the bypoll was necessitated following the resignation of Komatireddy Rajgopal Reddy, who was elected on a Congress ticket from the constituency. He joined the BJP after resigning and is the party’s nominee for the bypoll.

The Congress has named Palvai Sravanthi as its candidate, while the TRS is yet to do so formally. However, former TRS MLA from Munugode Kusukunla Prabhakar Reddy is thought to be the front-runner.