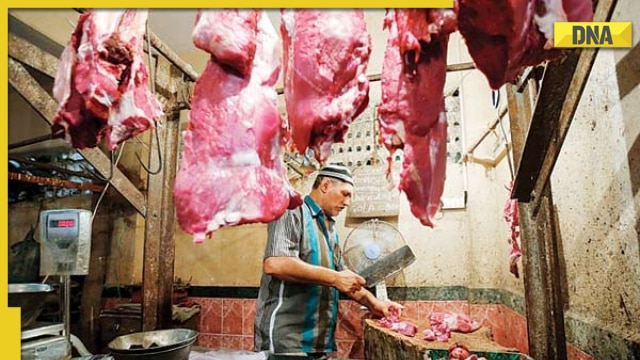 It’s halal versus jhatka cut in Karnataka with Hindu activists launching a campaign seeking a boycott of halal meat during the Navratri celebrations in the city.

Mune Gowda, a Hindu activist and Hindavi Mart owner explained that a meeting of Hindu leaders would be held on Monday in this regard. “Jatka cut (Hindu way of killing animals for meat) campaign has to be continued,” he said.

Last time, when a call was given to use only Jhatka cut and ban Halal cut meat, people responded well and it was a great success. Hindus have awakened. From Monday, door to door campaigns would be taken up and handbills would be distributed, he explained.

The campaign to use only Jhatka cut meat and buy meat from Hindu shops will also be taken up on social media, near temples, he stated.

“In the 17th lesson of the Bhagavad Gita says whatever food you have, if you consume in my name you will be rid of all sins. The concern is to follow this principle. Hindavi Marts are not open for business. The youth who are trained have opened shops across the state,” he maintained.

The boycott on Halal cut meat made national news at the height of the hijab crisis in Karnataka. A call was given by Hindu activists to ban Muslim merchants following their protest against the Karnataka High Court order on hijab. The High Court had quashed the petitions demanding right to wear hijab in class rooms and stated that wearing hijab is not an essential part of Islam religion.