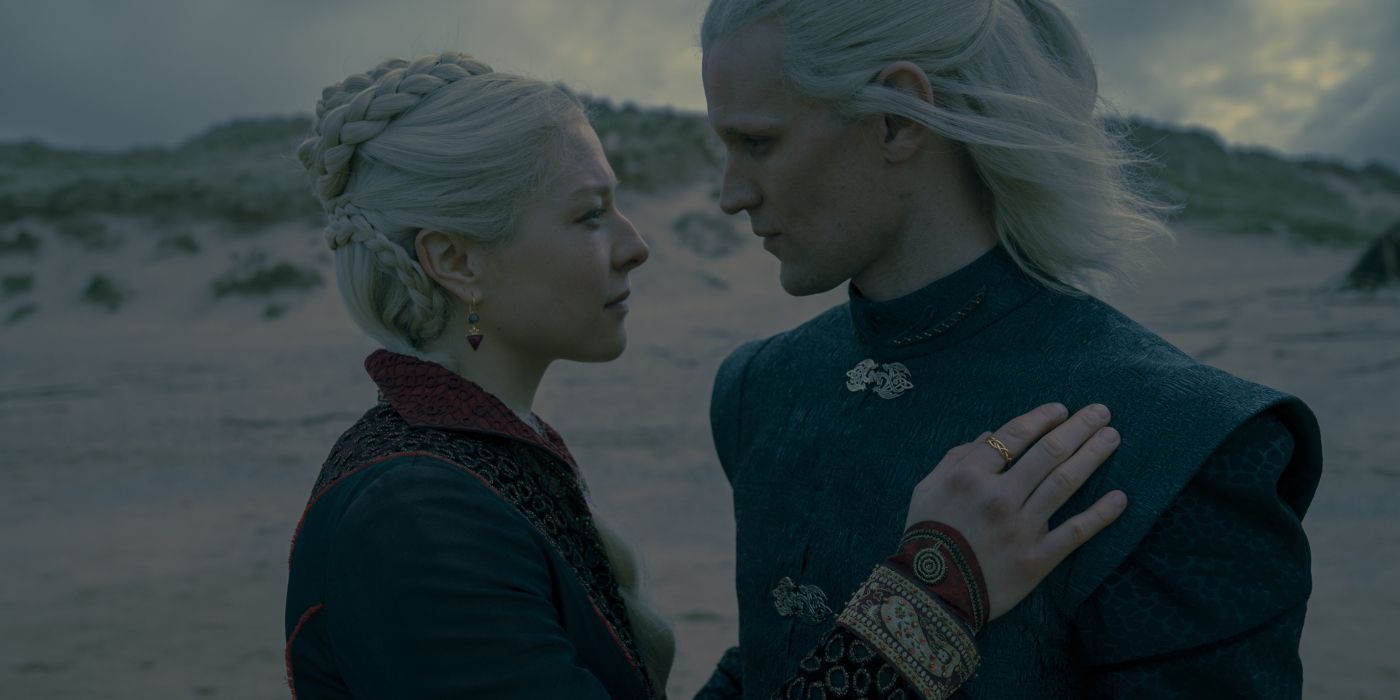 Editor’s note: The below contains mild spoilers for Episode 7 of House of the Dragon.After episodes that packed many stunning visuals that we could actually see in all their glory, the most recent episode of House of the Dragon, “Driftmark,” was a major step down in quality when it came to visibility. For many who were trying to make sense of what was going on, there was a fear that something may have been wrong with the televisions on which we were watching the show. However, it was quickly understood that something was seriously off in the way all of this was constructed. While there have been similar concerns about lighting that had been raised about the original Game of Thrones series many years ago, this proved to be a rather unfortunate low point that hasn’t been seen before in what has largely been a well-presented season. It is hard to think of a show in recent memory that was this hard to see.

Centered primarily on a character-driven funeral episode that ended in brutal bloodshed, it was the buildup that proved to be deeply lacking. There was all the potential for a strong episode when it came to the rich and evolving narrative continuing to unfold before us; it just was not done justice by way of being brought to life. “Driftmark” begins with a majority of the show’s characters gathering to mourn Lady Laena Velaryon (Nanna Blondell) in a single location overlooking the water. The sun beat down as characters young and old all received their individual moments. Everything was clearly lit and the episode, while a bit slow, was still sitting with all the various power players as they circled each other. Then, rather abruptly, things began to get dark — not in tone (yet), but in visibility. While it hadn’t seemed like the day was coming to a close, suddenly all the characters were shrouded in excessive darkness.

Many hours had apparently passed rather quickly, as though a scene or two had been cut that would have made this more gradual. Suddenly, all the characters we had been observing were buried underneath what looked like artificial darkness as opposed to a more natural one. It almost looked like what is known as “day-for-night,” a technique that has been done countless times in film and television, though often can look rather garish when done poorly. However, the moment passed, and it seemed as though we may be getting away from these technical missteps. Alas, that was not the case as the most central scene of “Driftmark” became its most egregious example yet. After giving the show narrative room to go in new directions following a significant time jump, this bold writing move and the performances of the actors became utterly squandered. It all made for an unnecessarily mundane viewing experience.

RELATED: ‘House of the Dragon’s 10-Year Time Jump Was What the Show Needed

Specifically, the conversation scene on the beach between Princess Rhaenyra Targaryen (Emma D’Arcy) and Prince Daemon Targaryen (Matt Smith) was often genuinely hard to take in. Both have been giving good performances, but the scene became painful to watch when one couldn’t see their expressions and work as performers on display. This was made even odder by the fact that some of the earliest images released from the show revealed the two of them seemingly on that same beach in broad daylight. What happened between those filming days and the final product is unclear, though the result was bordering on being disastrous. The scene was one of the most significant of the show so far, and you can hear both performers chewing through every line. Unfortunately, you couldn’t see either D’Arcy or Smith delivering them. Each was so obscured in shadow that it felt like something had been forgotten in the process of bringing it to life. All the fraught feelings and vulnerability of this moment were undercut by this woefully poor presentation.

This all ended up doing a disservice to the actors, who look like they are being swallowed up by the darkness. While writing is undeniably important in these types of works, the way the visuals come together is what separates it all from other stories. When it’s assembled well, it makes for a dynamic work of art that can get you swept up in the world. It can make you feel like you are really there with Rhaenyra and Daemon, witnessing them experience a transformative moment in their lives. However, when one is noticing the poor lighting and having to squint to take in the people on screen, then it is already too late. The magic is then broken as the artifice takes hold of the story and won’t let go. Whatever sense of tension or suspense carried through the show becomes hamstrung as a result. Even when the closing scenes the two characters share are more visible, it only makes the baffling ones that preceded it all the more noticeable. Even a scene where a character rides a dragon for the first time, which should be thrilling and exciting, instead falls oddly flat. For these big moments to be rendered banal and lifeless is one of the most disappointing developments in the show thus far.

There are certainly any number of explanations for why all this happened. It may even be an intentional choice, but it is a poor one. In the episode recap from the creators and cast after, they discussed how the chemistry between Rhaenyra and Daemon was most important. While that certainly is great in theory, it wasn’t received in execution — not as well as it should be when we are just trying to make sense of the malaise of visuals being poorly displayed. A production like this is certainly difficult with many moving parts, and all of this is not meant to say this is a death blow for the season. In many ways, “Driftmark” was quite daring and engaging. It just required overlooking the way much of it was presented. Vibrant, visual storytelling that devotes the proper attention to making sure viewers can appreciate all that is playing out before them will never not be crucial to House of the Dragon, and one can only hope this episode represents an unfortunate misstep that will be remedied in the weeks ahead.