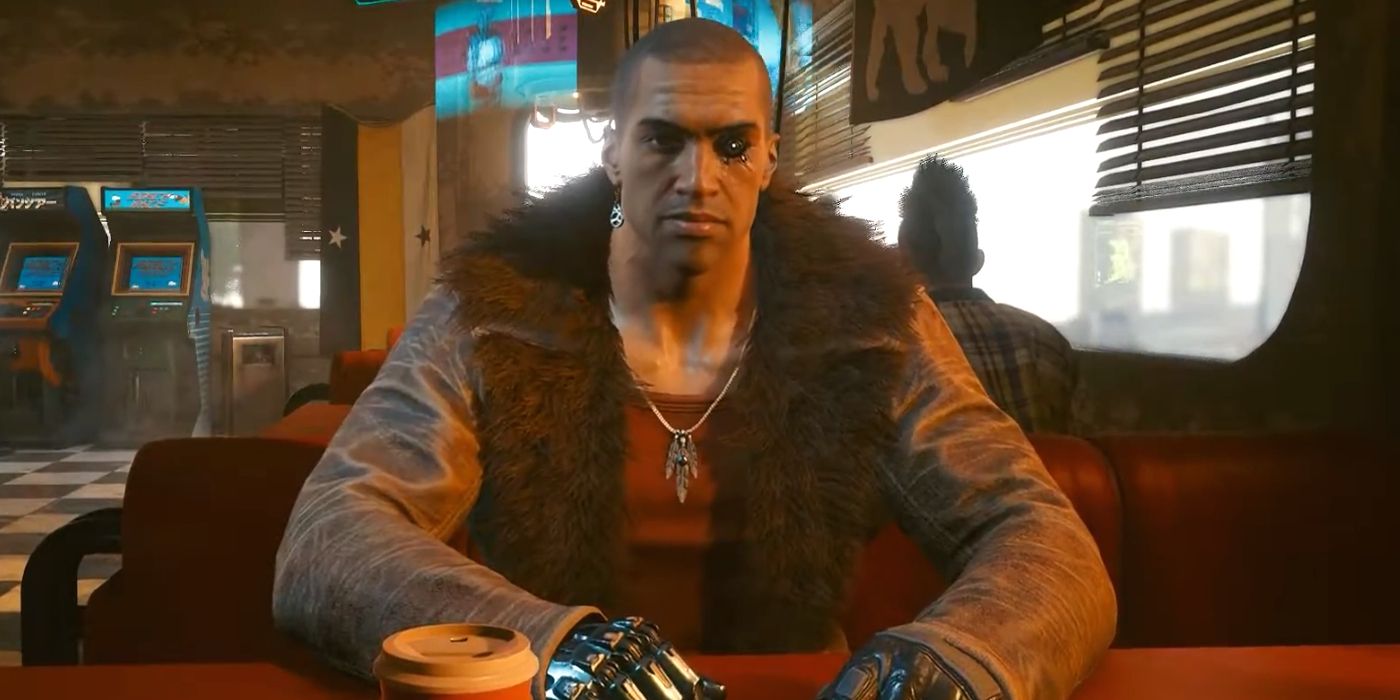 “I Fought the Law” is a Side Job quest in Cyberpunk 2077 that involves V helping Elizabeth Peralez investigate the mysterious death of Lucius Rhyne, Night City’s late mayor. This quest becomes available after V’s Streed Cred reaches Level 9 and the Main Job, “Life During Wartime,” has been completed. Once these two prerequisites have been met, the player protagonists of Cyberpunk 2077 will receive a call from Elizabeth, who asks to meet in person within The Glen of the Heywood District.

After Elizabeth’s explanation during a car ride, her husband, Jefferson Peralez, will hand players a BD recording that allows them to witness the former mayor’s assassin. During this sequence, players must acquire three clues at the following times: 00:15, 01:00, and 01:02. At the 00:15 mark, players must listen to the audio of the mayor’s conversation with the deputy. The next is a visual clue at 01:00 when the assassin, Péter Horváth, makes his entrance at the security gate. Finally, players must check the CCTV screen by the security gate at the 01:02 mark.

Related: Where To Find The Best Sandevistan Upgrades in Cyberpunk 2077

Once the BD is over in “I Fought the Law,” Cyberpunk 2077 players will have a chat with Jefferson, after which they will receive the contact information for River Ward, an NCPD Detective. V will then schedule a meeting with the Cyberpunk 2077 detective at Chubby Buffalo’s Bar-B-Q. To reach this location quickly, fast travel to the Hanford Overpass at the southern end of The Glen in Heywood.

Completing ‘I Fought The Law’ Quest In Cyberpunk 2077

At the bar, River Ward will discuss his plans and leads with V, after which they will ride in his car to visit River’s CI at an adult toy shop. After some aggressive questioning, players will continue following River to the Japantown Market, where a lead named Christine Markov works. If players have trouble finding her, asking nearby vendors will provide information on where Christine’s food stall is located. Eventually, players will be confronted by two hostile Tyger Claw members. If players choose Street Kid as their life path, they will have dialogue options to pacify the hostility. Any other decisions will end in bloodshed in Cyberpunk 2077.

The final task of “I Fought the Law” in Cyberpunk 2077 involves players searching for the Queen’s Red Race in a large warehouse with River Ward. Here, players must fight through a group of Animals guarding the premises. No puzzles or complex decisions are required for clearing the warehouse other than following yellow quest markers. However, according to Fextralife, players can spare the Elite Animal member to gain additional information about the case. Regardless, this step is not necessary for the quest. After confronting Detective Han with River, players must finally return to Elizabeth Peralez in her home to report the investigation’s results. After leaving the building, the “I Fought the Law” quest will be complete, and players will receive 11,580 Eddies in Cyberpunk 2077.