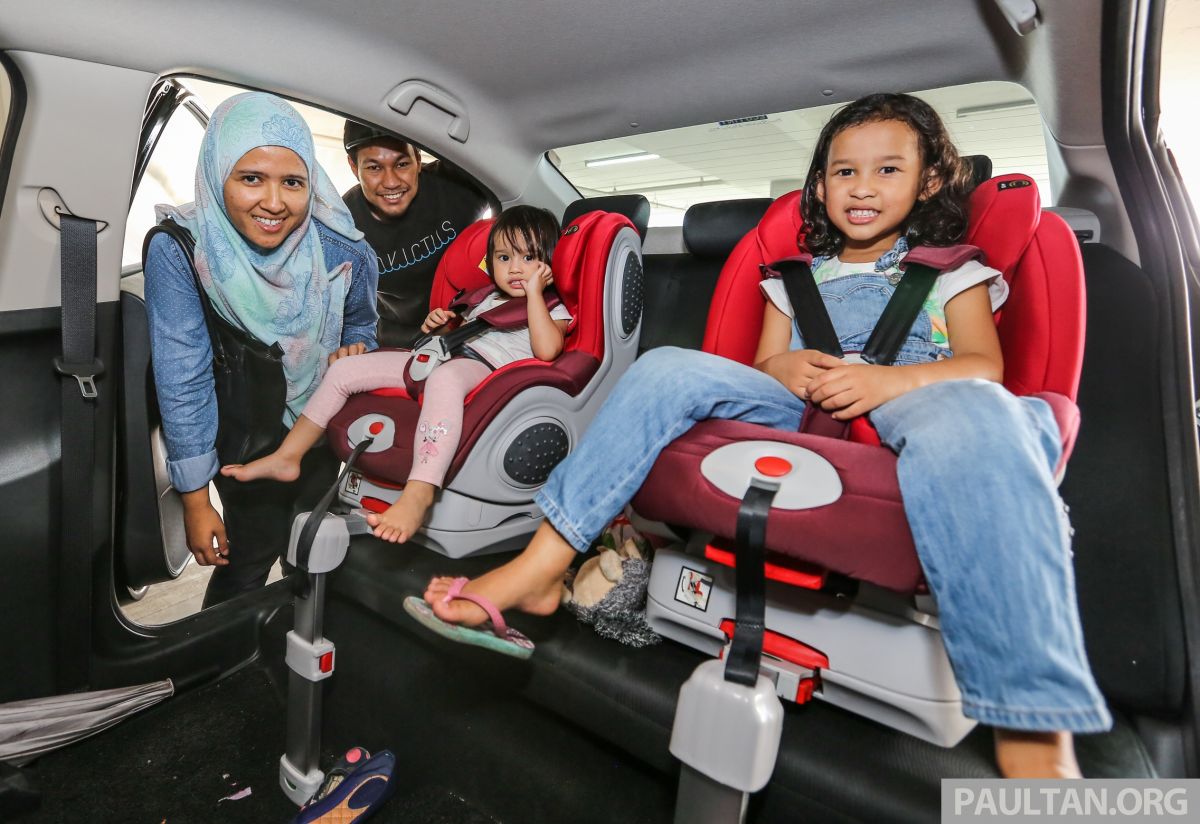 The Keluarga Malaysia child seat subsidy programme (MyCRS) has concluded. MyCRS, which was announced in Budget 2022 to provide subsidised child car seats to the B40 group, ran from March till September this year and received 527,254 applications. From that, 61,957 people received the subsidy and a total of RM8.8 million was disbursed.

The MyCRS subsidy is 50% and the maximum subsidy amount is RM150 for a child seat. The government’s original allocation for the programme was RM30 million for 188,000 recipients, so it looks the programme wasn’t fully subscribed despite best efforts of the Malaysian Institute of Road Safety Research (MIROS), which even went on tour to educate parents on the importance of child seats, as well as to get more to purchase the subsidised seats with on-the-spot approval.

The Program Jelajah Subsidi MyCRS went to Kedah, Kelantan, Terengganu, Pahang, Perak and Johor, visiting locations with high concentration of B40 with young children such as government clinics. MIROS and the transport ministry (MoT) also participated in the federal government’s Jelajah Aspirasi Keluarga Malaysia nationwide roadshow, including in Sabah and Sarawak.

“This programme is a responsibility of the government to Keluarga Malaysia to fight for and improve the level of safety of children in vehicles. It also supports businesses and the economic recovery of the country,” said MIROS director-general Datuk Khairil Anwar Abu Kassim, thanking the prime minister, transport minister and MoT for the initiative.

Perhaps the B40 group feel that there are more important things to spend their money on, or perhaps affordability is still an issue despite the subsidy. We won’t know, but it’s still great news that there are nearly 62k new child seats on the road now, providing extra safety for the little ones.

We’ve said it many times before – child seats are vital safety equipment, and if you have a limited budget, it should be prioritised over other car options. Watch the video above to learn more.