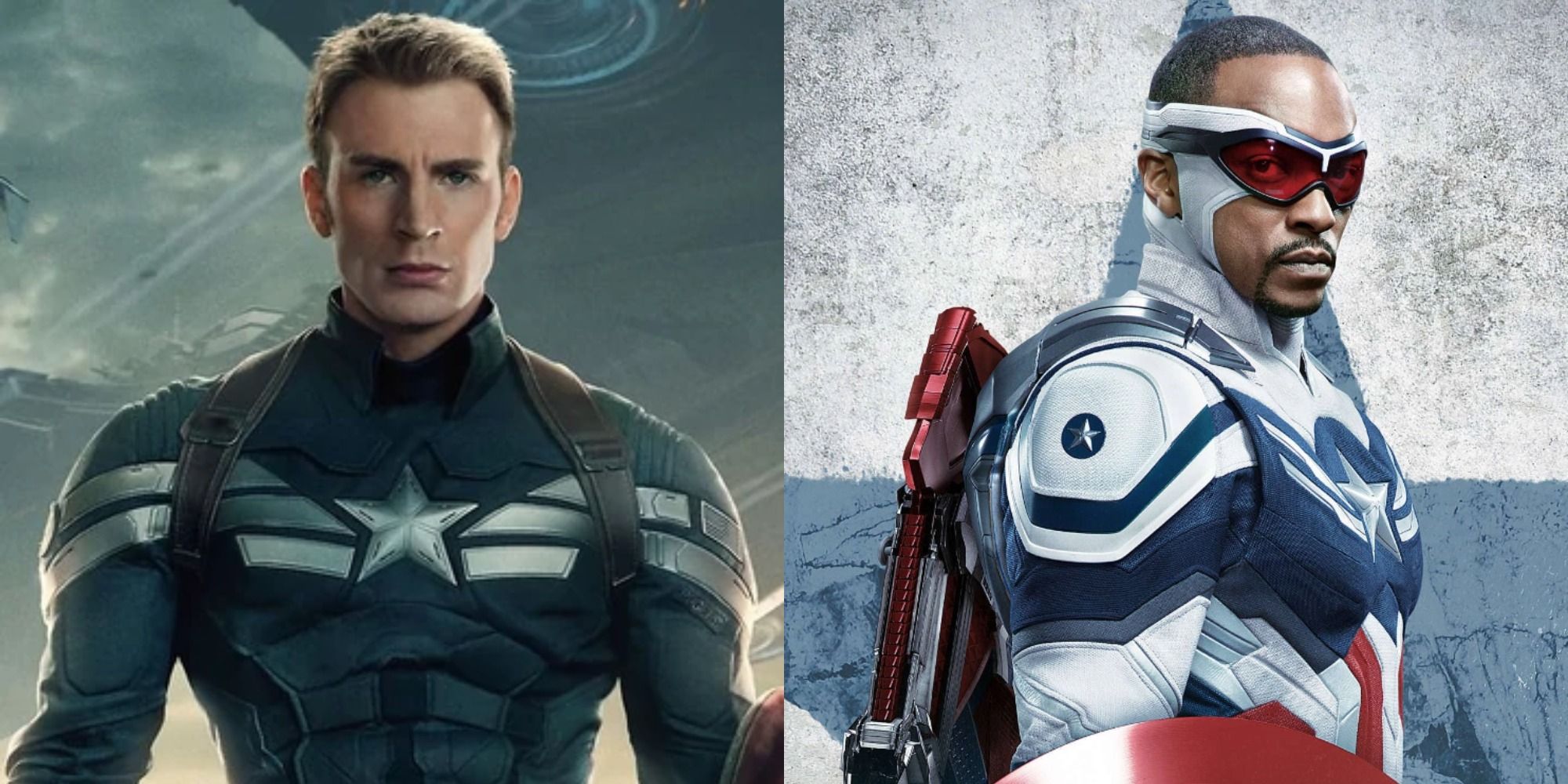 Captain America is one of the most heroic symbols of freedom to ever grace the pages of comic books. Steve Rogers is the original and most well-known Cap, having served as the hero since World War II. In the modern-day of the MCU, when Steve could no longer serve, he passed the shield to Sam Wilson, who is just as deserving of the mantle.

Once fighting crime as Falcon, Wilson has proved time and time again why he was chosen to be the next Cap. These two heroes have plenty of iconic moments under their belts, and always favor doing the right thing, even when it’s not the easiest path to take.

The original Captain America trilogy may be over, but a fourth movie featuring Sam Wilson as the titular hero, called Captain America: New World Order, is set for release in the MCU’s Phase 5 in 2024. Slated to explore the complicated legacy of the Captain America moniker and its continual effects on Sam, he will have to rely on his heroic disposition to face threats both new and familiar.

Many heroes who have powers of some kind received them in an accident. This was not the case for Steve Rogers, who instead willingly received highly experimental powers to better serve his country. Steve has had a sense of justice his entire life, but his small frame and weak body prevented him from being able to serve during WWII.

RELATED: 10 Times Steve Rogers Should Have Died In The MCU & Only Survived Because Of Plot ArmorHis passion for justice did not go unnoticed however, and he was offered the chance to change his life forever, which he jumped at. Steve used his powers for good and became one of the most influential characters in comic history, both on the page and in the real world. While Steve is far from flawless, he proves how worthy he is by accepting the responsibility of the serum.

Stands Up Against His Government When He Needs To

Modern-day America is very different from the America of the 40s when Steve went under the ice. Steve Rogers would do anything to fight for freedom, and in the contemporary era, that meant fighting the country he was named after. In the MCU this meant the Sokovia Accords, which Steve Rogers fought against when he felt that freedom was at stake, though it put him at odds with Tony Stark and other fellow heroes.

Steve will not hesitate to fight figures in a position of power to honor those who originally fought for freedom alongside him in World War II, even if it means complicating the Iron Man and Captain America friendship.

After Steve is thawed out and is drafted into the Avengers Initiative, he doesn’t fully trust SHIELD. This mistrust was proven to be warranted in one of Captain America’s most life-changing events, when it was revealed that Hydra had been growing from within SHIELD the entire time.

Steve was quickly branded a terrorist when he didn’t play by Hydra’s rules, and he didn’t know who he could trust. With some help from Black Widow, Steve was able to discover the truth and expose SHIELD to the public for who they really are. This was among the first times in the MCU Steve fought against those he worked for, and it wouldn’t be the last.

One of the most iconic scenes in the MCU is when Steve Rogers proves just how worthy he is, by wielding Mjølnir against Thanos. Fans of the comics always knew how worthy Steve was, as on the page he had used Thor’s hammer on several occasions.

RELATED: 10 Characters That Changed Steve Rogers The Most In The MCUSteve Rogers has always been more than just the serum, and being one of the few humans worthy enough to wield Mjølnir shows this better than anything else. While this is a prime example of fan service, it’s also a way to showcase just how powerful and heroic Steve is, not in terms of strength, but in terms of spirit.

While Steve Rogers was also a noble hero without powers, Sam has to prove this each time he puts on the suit. Sam Wilson has never been given the Super Soldier Serum, meaning he has to use his natural skills on the battlefield in every fight.

This determination to fight without the kind of powers the Captain America title usually implies perfectly sums up Sam Wilson as a character. Sam is more than capable of taking on the role, showing that the name Captain America represents far more than some powers in a bottle, and instead is a reflection of the person carrying the shield.

Tries To Save Karli

It’s easy to view a group like the Flag-Smashers as terrorists that need to be taken down. Sam Wilson believed this too, until he digs a little deeper and realizes that more than anything, they need help. Before officially accepting the shield, Sam proves that Steve was right in choosing him by trying to reason with their leader, Karli, and attempting to put her on a better path.

RELATED: 15 Memes That Perfectly Sum Up The MCU Captain America MoviesSam understands why Karli does what she does, and he knows that arresting her isn’t going to change anything. He feels that if he shows compassion, she will better herself and stop the senseless destruction on her own. Unfortunately, Sam is in the minority who believe this, showing that he may be more alone as a hero than he thinks.

Takes A New Falcon Under His Wing

Joaquín Torres may not have had a huge role in The Falcon and the Winter Soldier, but even so, he is becoming one of Sam Wilson’s best friends in the MCU. Thanks to Sam’s kindness and mentorship, Joaquín is on the path to becoming the new Falcon.

Similarly to his predecessor, Sam understands that being Captain America means being a role model, and his dynamic with Joaquín shows that he’s already fulfilling that duty. Additionally, handing on the Falcon suit to someone else shows that Sam is fully committed to his new title as Cap and kick-starts a new chapter of his life in earnest.

After Sam makes his triumphant debut as Captain America, he does everything he can to save Karli, but he unfortunately fails. The senators essentially praise Cap for her death and explain that they plan on taking out the bases she helped create. In response, Sam tells them to stop referring to Karli as a terrorist, and also implies that in the eyes of the Flag Smashers, the senators are the terrorists.

With just one speech, Sam manages to make the senators see things from a new point of view, and realize that in the grand scheme of things, they’ve been the bad guys. This moment perfectly illustrates Sam’s intelligence and people skills, showing viewers even further reasons why Steve chose him to take on the Captain America name.