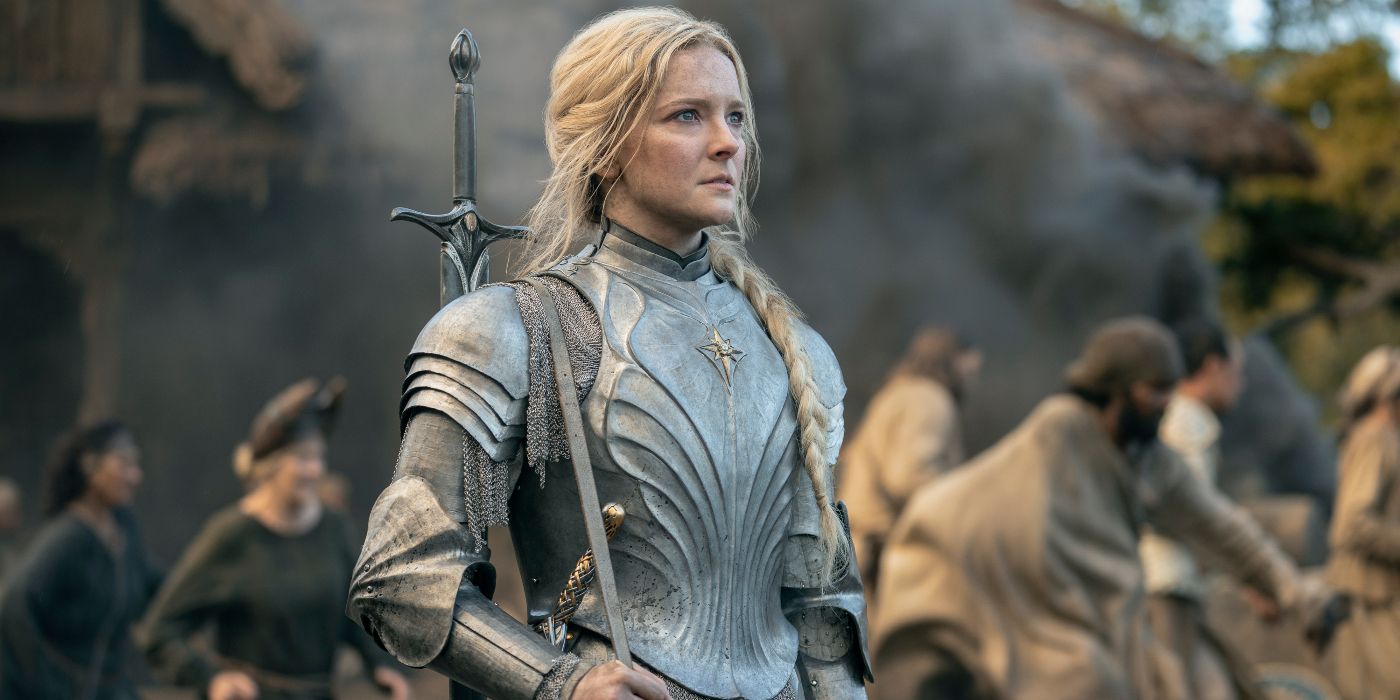 The story of Middle-earth on screen is known for its massive battle sequences. Many fans of the original trilogy would remember the colossal Battle of Minas Tirith, the Battle of the Last Alliance, and course, the siege of Helm’s Deep. The trilogy contained some of the best battle scenes anywhere on screen and fans had been looking forward to the first massive sequence for The Lord of the Rings: The Rings of Power. That wish was granted in episode 6, Udûn, and it was a decent outing when compared to those which came before.

Crossing of swords and brilliant archery has been something that has been lacking in large parts throughout this inaugural season but when the Moriandur Adar (Joseph Mawle) and his legions of orcs cornered the people of the Southlands in a village, we get our fight scenes. Despite a valiant effort put in by Arondir (Ismael Cruz Córdova), Bronwyn (Nazanin Boniadi) and all the villagers, death seems to be coming for them all. Just when they thought it was over, Galadriel (Morfydd Clark) and the Númenórean army charged through the ranks of orcs, killing and trampling as they went – a scene slightly reminiscent of the Rohirrim charge at Minas Tirith. Per Variety, director Charlotte Brändström spoke about how using 20-30 horses and a total crew of 150-200 people, the director was able to produce that scene though she wanted more horses. “It was very hard to get access to train horses to be part of this battle,” she said. “I tricked it by coming in from a lot of different directions and reusing the same horses.” Shot during the peak of the pandemic, getting more was an issue.

For the actual horse charge, Brändström went into the histories for research while also consulting the trilogy and other films with epic battle scenes. She explains:

“I’d been studying a lot of the Ukrainian Cossacks and how they were fighting on horseback, hiding behind horses, trying to avoid arrows and bullets,” she said. “They were incredible horsemen. I wanted to do something different when the Númenóreans came to the village to save everybody. We worked on that for months in advance in New Zealand to make sure they were actually on horseback. I knew that would be spectacular.”

RELATED: ‘The Rings of Power’: Adar’s Reveal Was a Little Underwhelming — but That’s a Good Thing

To be able to take part in the sequence, the riders needed four months of training with Clark who does not ride, eventually getting a grasp of the reins and looking natural. “Lots of us had started having never ridden — me anyway — and were quite nervous and scared. I rode a horse called Titan, who is apparently one of the greatest horses they’ve ever had and is the most well trained,” she said. “I feel that a lot my horse riding skills are down to the horse I was on, but I’m no longer terrified. Once you feel comfortable on a horse, it’s the closest to magic I’ve ever experienced. You also have this connection to the people of the past, something that humans have done forever.”

Udûn ends on a bit of a cliffhanger with the eruption of Mount Doom. Brändström was eager to make it perfect. “I studied every volcanic eruption you can think of,” Brändström said. “We looked into formations of ash clouds, everything from the Pompeii eruption to what happened in New Zealand a few years ago, in the Canary Islands, in Italy.” That’s meticulous.

The Rings of Power premieres new episodes weekly every Friday on Prime Video. Check out the trailer below: