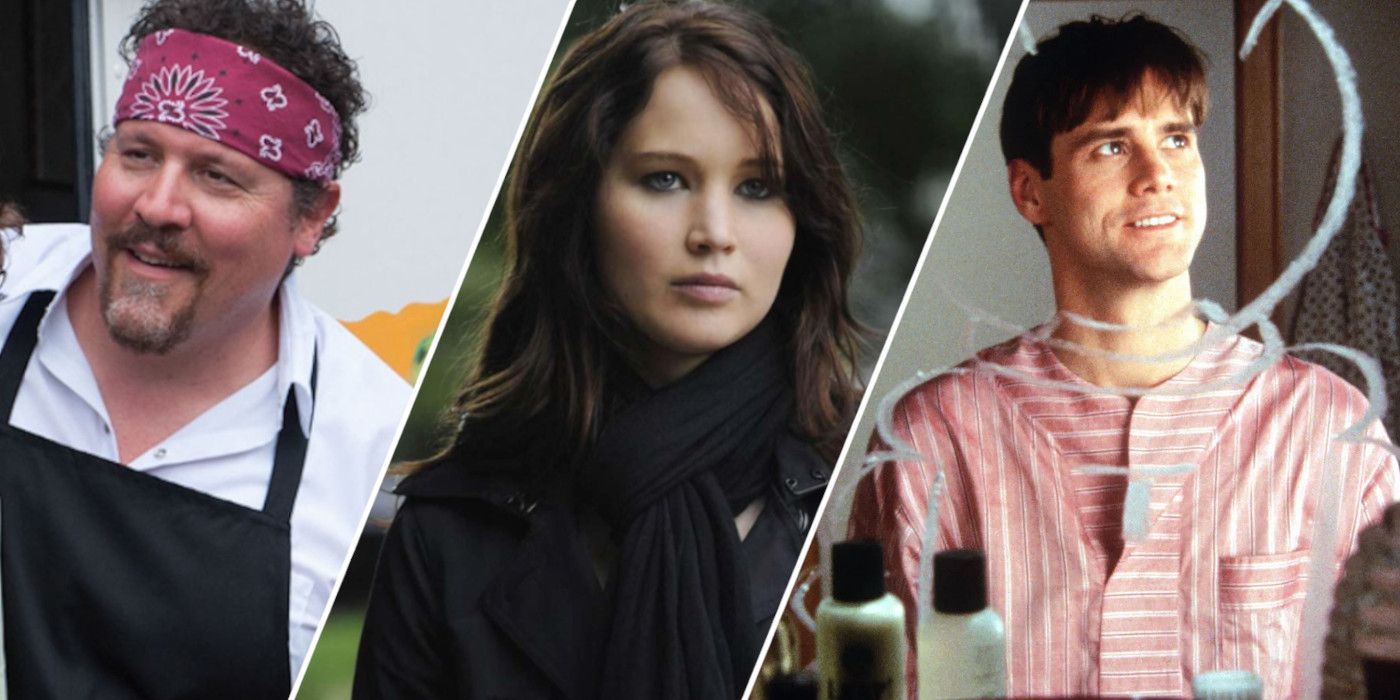 As we roll through the season that gifts the world Halloween and pumpkin spice lattes, it dawns on us that the year is already three-quarters over. With some of our New Year’s resolutions long abandoned and the sound of Mariah Carey and Michael Bublé getting all too closer, we’re left to ponder what we have achieved this year, aside from binging the latest season of Stranger Things in one sitting.

No matter what, it is never a bad time to kickstart your life and finally embark on that journey or hobby you have been putting off. If your wish is to watch more movies, then you can instead watch others go on life-changing adventures from the safety of your living room. Perhaps these stories about perseverance and new beginnings will even inspire you.

Who knew that it only takes being falsely imprisoned for one to truly find themselves? When meek banker Andy Dufresne (Tim Robbins) is wrongly-convicted of his wife’s murder, he is sentenced to life in prison. While there he befriends long-time prisoner Red (Morgan Freeman) and The Shawshank Redemption charts their friendship over two decades.

While prison takes everything away from someone, for Andy it is where he finds hope. Despite being subjected to abuse from his fellow inmates and extortion from the warden, Andy discovers lifelong friendship and purpose during his sentence, which ultimately keeps him alive in a hopeless situation.

The Shawshank Redemption is available to stream on HBO Max.

RELATED: 10 Films That Prove 1994 Was the Best Ever Year for Movies

An anti-romance movie, Eternal Sunshine of the Spotless Mind is about making a fresh start after the end of relationship, then realizing you desperately want your lover back. After Joel (Jim Carrey) discovers his ex-girlfriend Clementine (Kate Winslet, in one of her best performances) had her memories of him medically removed, he undergoes the same procedure to spite her. Trapped in his own head during the operation, Joel rediscovers his feelings for Clementine and realizes he does not want to forget their time together.

Despite its almost Sci-Fi premise, Eternal Sunshine of the Spotless Mind is relatable to anyone who has been in a bad breakup. While we all wish to move on and find happiness again somewhere else, there are just certain lovers we can never forget, despite the lengths we go to.

Eternal Sunshine of the Spotless Mind is available to stream on Starz.

Another Carrey classic, The Truman Show finds the famous funnyman once again dropping his comedic persona to deliver one of his best performances. Insurance salesman Truman Burbank is a simple man, living an ordinary life in his peaceful hometown. Unknown to Truman, however, is that he is the star of a reality TV show, and everyone he has ever met is a hired actor.

As Truman becomes more and more suspicious of his life, he begins to rebel against his television overlords and starts finally living for himself. Released before the onslaught of reality television, The Truman Show is a fascinating portrayal of life in the spotlight before such a concept became so commonplace.

The Truman Show is available to stream on HBO Max.

Cynical TV weatherman Phil Connors (Bill Murray) reluctantly travels to a small town to cover an approaching blizzard, seeing the assignment and the townspeople as beneath him. After spending the night, Phil discovers he has become trapped in a time loop, awakening every day in the same local bed no matter what he does.

While Phil lets his frustrations run wild at first as he becomes self-destructive, he eventually takes the phenomenon as an opportunity and uses the infinite amount of time to better himself and help those around him. Groundhog Day has proven highly influential since its release, with its time loop concept birthing a whole sub-genre that includes Happy Death Day and Palm Springs.

Groundhog Day is available to stream on Hulu and AMC+.

After famous chef Carl Casper (Jon Favreau) loses his job due to an altercation with a critic, he buys a food truck and travels around the country cooking for the adoring public. Along the way, he re-discovers his passion for cooking and reconnects with his son and ex-wife.

Chef is available to stream on HBO Max.

A unique entry in Martin Scorsese‘s filmography, Alice Doesn’t Live Here Anymore sees the legendary director swap gangsters for waitresses. When housewife Alice (Ellen Burstyn) loses her husband in an accident, she packs up and goes on a road trip with her young son in search of a better life. Along the way, she finds purpose, friendship, and maybe even new love.

A gentler movie than the crime sagas Scorsese is famous for, his masterful filmmaking is still on display as Alice travels through the American Southwest. Burstyn is terrific in the lead role, with her performance earning her an Oscar.

After Pat Solitano (Bradley Cooper) is released from a mental health facility, where he spent eight months for assaulting his wife’s lover, he attempts to reconnect with his parents. Upon meeting widower Tiffany (Jennifer Lawrence), he agrees to practice dancing with her in an attempt to win back his ex-wife at an upcoming competition.

Directed by David O. Russell and stacked with a great cast that includes Robert De Niro, Jacki Weaver, and Chris Tucker, Silver Linings Playbook is a crowd-pleaser about embracing who you are, warts and all. While characters such as Pat and Tiffany could have been annoying and unlikeable in lesser hands, Cooper and Lawrence shine in career-high performances

Based on the true story of Christopher McCandless, a young graduate who gave up his possessions to instead live in the wilds of America, Into the Wild recounts his journey. Emile Hirsch stars as McCandless, and the movie shows the adventures he goes on and the people he meets along the way.

While McCandless’s story of self-discovery is an extreme one, it is inspiring in the way it frames his determination to live off the land. The fact that it is a true story further fuels its message of going to great lengths to discover one’s self, though its tragic outcome also serves as a cautionary tale.

A delightful romantic-comedy from France, Amélie is the whimsical tale of its titular character, a shy young waitress who decides to help those around her as a way to overcome her own loneliness. Growing up in isolation, Amélie is socially awkward but charming as her imaginative mind runs wild.

A big hit at release, Amélie has proven influential as its off-beat style remains one of the best uses of magical realism in film. The movie was also the breakout for lead actress Audrey Tautou, who became one of the most recognizable actors in France.

Buckle up kids because we’re going on a feel trip. With Andy now on the verge of adulthood and getting ready to leave for college, his childhood toys are becoming forgotten. When a mix-up results in the toy box being delivered to a childcare center, Woody and Buzz have to lead the gang of beloved characters back to their rightful owner.

Toy Story 3 accomplishes what every great children’s film should do: crafting a layered and heartfelt story that appeals to both kids and older generations. While there are enough funny moments for the younger crowd, it’s messaging of growing up and moving on is relatable enough to bring a tear to the eye of anyone who has had to let go of their childhood.

Toy Story 3 is available to watch on Disney+.

NEXT: 10 Best Shows to Cozy Up With During Fall