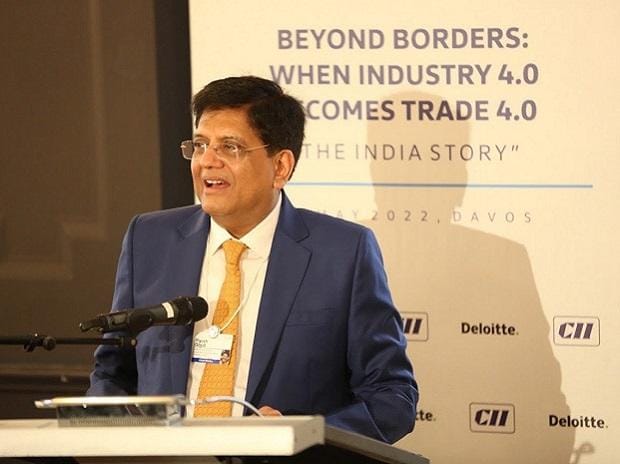 Union Commerce and Industry Minister Piyush Goyal has met a business delegation led by Member of the Swiss Federal Council Guy Parmelin ahead of 75 years of the India-Switzerland Friendship Treaty.


According to Piyush Goyal’s Office, both sides discussed ways to expand trade and investment, giving further strength to the India-Swiss partnership.


Since India’s independence, Switzerland and India have developed warm and friendly ties based on their commitment to democracy and the rule of law. On August 14, 1948, both the nations signed a Treaty of Friendship in New Delhi, marking a significant defining moment in India-Swiss relations and one of the first of its kind to be signed by an independent India.


The 70th anniversary was commemorated by Switzerland and India in 2018.


Both sides have shared partnerships in areas including science and technology, tourism, railways, skill development, and climate action among others.


Recently on June 22, India and Switzerland announced a new agreement to manufacture robotic cleaning equipment in Mysuru on June 22, following an increase in COVID-19 infections worldwide.


The Joint Venture between Cleanfix Reinigungssysteme AG of Switzerland and Schevaran Laboratories Pvt Ltd will see the rollout of state-of-the-art Swiss Engineered made in India products.


The one-of-a-kind factory will produce 20 different sorts of machines, from the most basic to those that can create sophisticated robotics. These devices provide automated cleaning solutions for a range of applications, from vast locations like warehouses, shopping centres, and railroad stations to smaller and more intricate ones like office buildings.