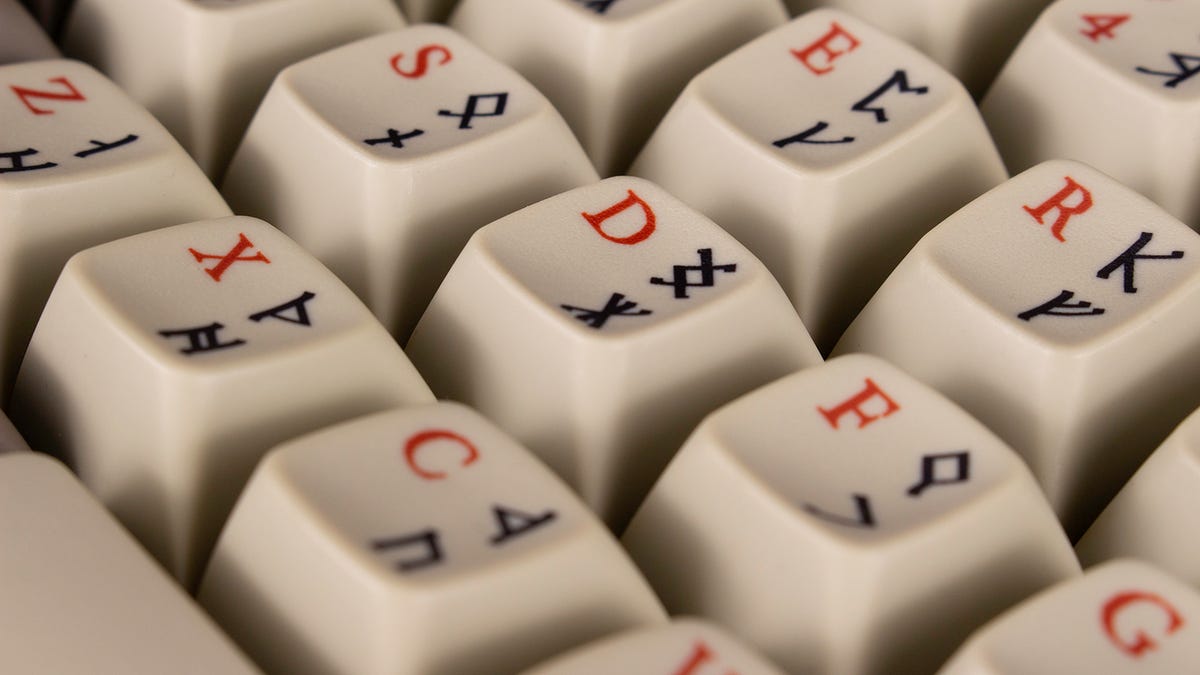 Drop has been offering Lord of the Rings-themed keycaps for some time now, from the Elvish keycap set, to an artisan keycap featuring The One Ring itself captured in resin, to the set that adorns this very board. But, it chose the highly appropriate time around the premiere of Amazon’s Rings of Power series to debut its first full themed boards. Anyone that’s been around mechanical keyboards (or any themed peripherals) for a while can probably tell you they’re rarely subtle. However, Drop managed to create a board here that even the most straight-laced executive shouldn’t blush about having on their desk.

That subtlety and the quality of the build owes a lot of its characteristics to the fact that Drop chose to base the board on its proven ENTR model. This all-aluminum body provides a solid foundation for the board, which offered a solid typing experience in my testing. It had little or no unpleasant vibration or key spring whine, and performed reliably, whether laying flat or raised on its foldable feet.

The typing experience was also helped along by Drop’s inclusion of its Holy Panda X switches. These are the company’s latest iteration of the legendary switch, which was remade from the ground up as a singular product, not the cobbled-together conglomeration of multiple other switches that originated the Panda name. The pre-lubed switches provide an extremely smooth, tactile typing experience, with none of the gritty feeling some tactiles create. They are, however, on the heavier side at 60g. Just something that might take some getting used to if you’re coming from more lightweight linear switches.

The most striking physical characteristic when you first set eyes on the board will likely be the “Doors or Durin” Design over the arrow key cluster. This is a direct representation of the of the magical doorway the Fellowship had some trouble unlocking on their way into the Mines of Moria. It’s an understated graphic, and the kind of thing that’ll get you a nod of respect from a fellow fan of Tolkien’s legendarium.

Aside from the board’s faceplate, the theming mostly centers around the included keycap set. The PBT keycaps use Drop’s own MT3 shape, though something about them feels a bit more…different than other MT3 caps I’ve tested. The top indentation had an almost rectangular feel for me. It was a little jarring at first, but I quickly grew used to it and found myself enjoying the feel of how my fingertips landed on them.

While these keycaps are printed, not doubleshot, I found the legends to be bright, highly saturated, and showing no signs of any premature wear during my weeks of testing.

Aside from the board itself, you’ll also receive a package of accent keycaps (the orange ones), a keypuller, and a rubberized USB-C to USB-A cable. The cable was serviceable, but definitely the weakest part of the package from a quality and impression standpoint. Thankfully, the surface-mounted USB-C port means you can easily replace it with just about any custom cable you like.

Aside from this one minor drawback, my only other gripe with the board stemmed from its backlighting. Even at maximum brightness, it was rather weak. This is likely due to the very opaque Holy Panda X casing and the thick PBT keycaps, but I’ve seen other boards still manage to provide a brighter backlight under similar circumstances. If you work in a well-lit office, this is a pretty moot point, but something to be aware of if you like to keep things as dim as the mines of the dwarven folk this board was themed for.

The Dwarvish keyboard is available now from drop for $199.

Fans of those long-eared forest dwellers may also want to know that the company’s Drop + Lord of the Rings Elvish keyboard can also be found at the company’s site, and is linked below.