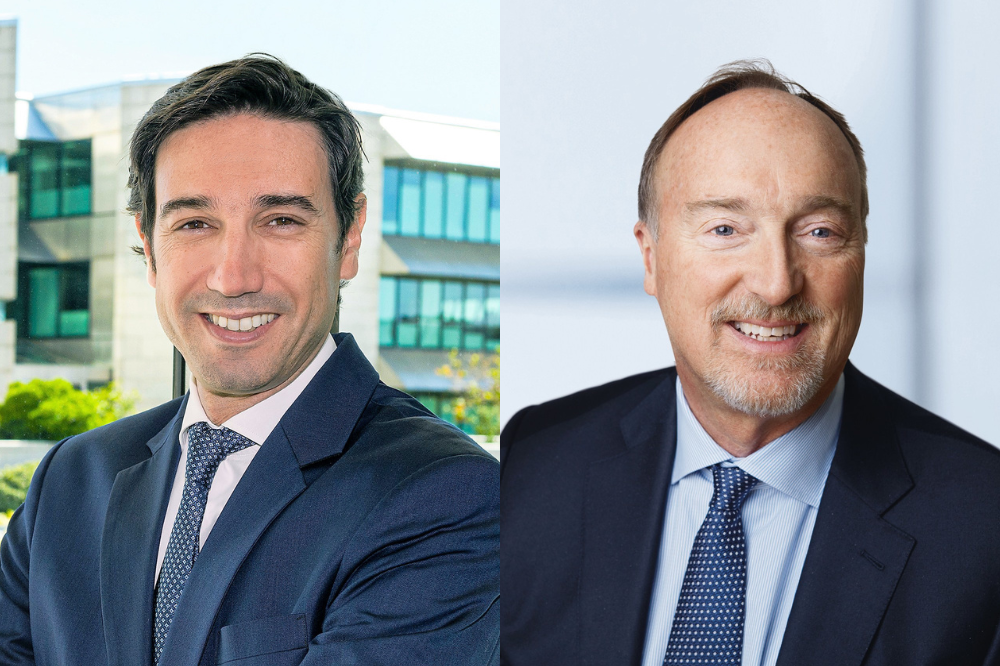 Vargas has more than two decades of industry experience. His career with Zurich Financial Services Group includes eight years as CEO of Zurich Santander Insurance America, as well as several leadership roles including head of distribution and proposition management for Zurich Santander in Madrid, head of life business – Latin America in Miami, and chief life actuary and head of product development in Milan. Vargas joined Zurich in 1997 as a life actuary for Zurich Argentina.

Dailey (pictured above right) joined Farmers in 2007 with its acquisition of Bristol West Holding, where he served in several roles including CEO. from 2008 to 2011, Dailey served as executive vice president of personal lines. In 2011, he was promoted to president and chief operating officer and became a member of the company’s board of directors. He was appointed president and CEO of Farmers Group in 2012, and has been chairman of the board since 2015.

“It’s been an honor to lead Farmers over the years,” Dailey said. “Since its founding in Los Angeles in 1928, Farmers has had a rich tradition of proudly serving its customers. It has been a privilege to propel the organization forward in a positive direction and to continue the legacy in which Farmers was founded. I am grateful to have worked with incredibly talented individuals through my time here as president and CEO, and I look forward to continuing to serve the brand as chairman of the Farmers Group, Inc. board of directors.”

“Jeff has made a positive impact at Farmers over more than a decade of leadership and service,” said Mario Greco, Zurich Group CEO. “He has successfully led the organization by producing positive business results, driving technological advances, fostering a culture of innovation and collaboration, as well as leading employees and the organization effectively through a global pandemic and some of the most eventful periods of time in Farmers’ more than 90-year history. We appreciate his contributions and leadership.”

“Raul, in his current role as president of distribution, life and financial services, offers a strategic and solutions-oriented path forward for the national insurer group to deliver a high level of service and quality insurance products to US consumers,” Greco said. “His in-depth understanding of the insurance industry and his history as a strategic leader make him a unique nominee for the position.”

“Raul is an accomplished and seasoned industry leader who has succeeded in senior roles at Zurich, most recently running Zurich’s innovative personal lines and life insurance distribution partnership with Santander in Latin America,” Dailey said. “Since joining Farmers earlier this year, he has impressed me with his curiosity, intelligence, and the diversity of his experience in the insurance industry. I am confident he will lead Farmers to continued growth and success.”

“It’s an honor and a privilege to have been selected to lead Farmers in this next chapter of the organization’s history,” Vargas said. “I’m dedicated to working with our talented team to drive sustained growth and continuously enhance the experience of our valued customers. I am thankful to Jeff for his continued leadership, and I look forward to working closely with him to build on the work he’s accomplished.”