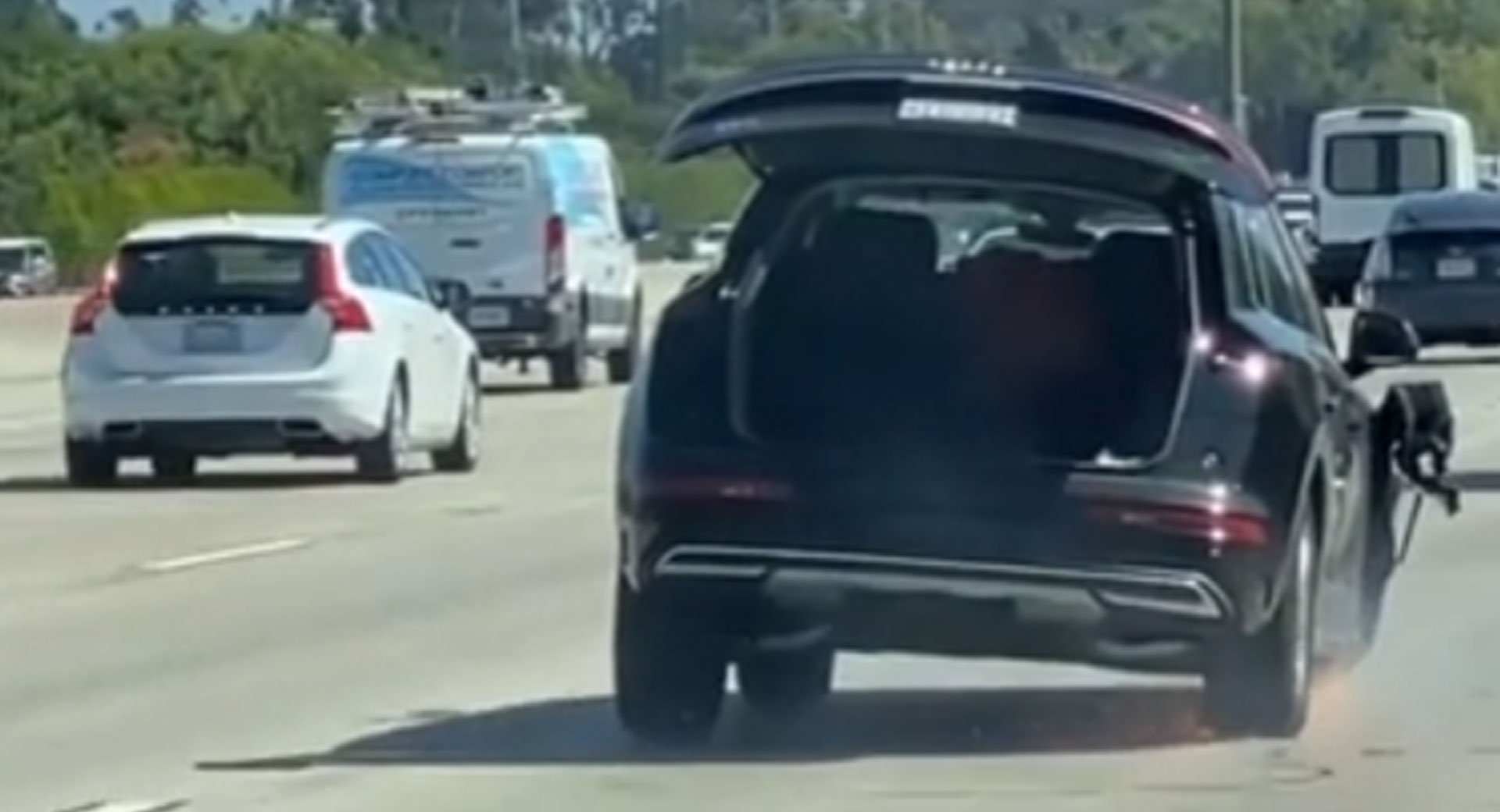 Drivers on the 405 Freeway in Orange County, California recently came across a bizarre sight as an Audi with front end damage was spotted riding on three wheels.

The disbelief in Chad Towersey’s voice is immediately apparent as he pulls up alongside the crossover to find the front passenger side tire and wheel missing. Instead, the Audi is being driven on three wheels and one very unfortunate brake rotor.

Despite the open tailgate and a horrible grinding sound, the woman seems oblivious to what’s happening at speeds reportedly reaching up to 80 mph (129 km/h). Towersey tried to get the woman to pull over, but she apparently didn’t stop until exiting the freeway and allegedly hitting another vehicle at an intersection.

Towersey confronts the woman, who appears confused and initially plays it off as no big deal. However, it appears the woman knew something was amiss as the shredded tire was located in the back of the vehicle. The woman eventually claims she was recently diagnosed with cancer and that could potentially explain her state of mind, although the video ends shortly after police arrive.

KTLA reached out to the Irvine Police Department, which said it was aware of videos showing the incident and noted the woman has not been arrested at this point. The department added “alleged medical conditions can complicate driving under the influence investigations and are a consideration in this case.” Their statement went on to say a thorough investigation is underway and will be forwarded to the Orange County District Attorney’s Office.