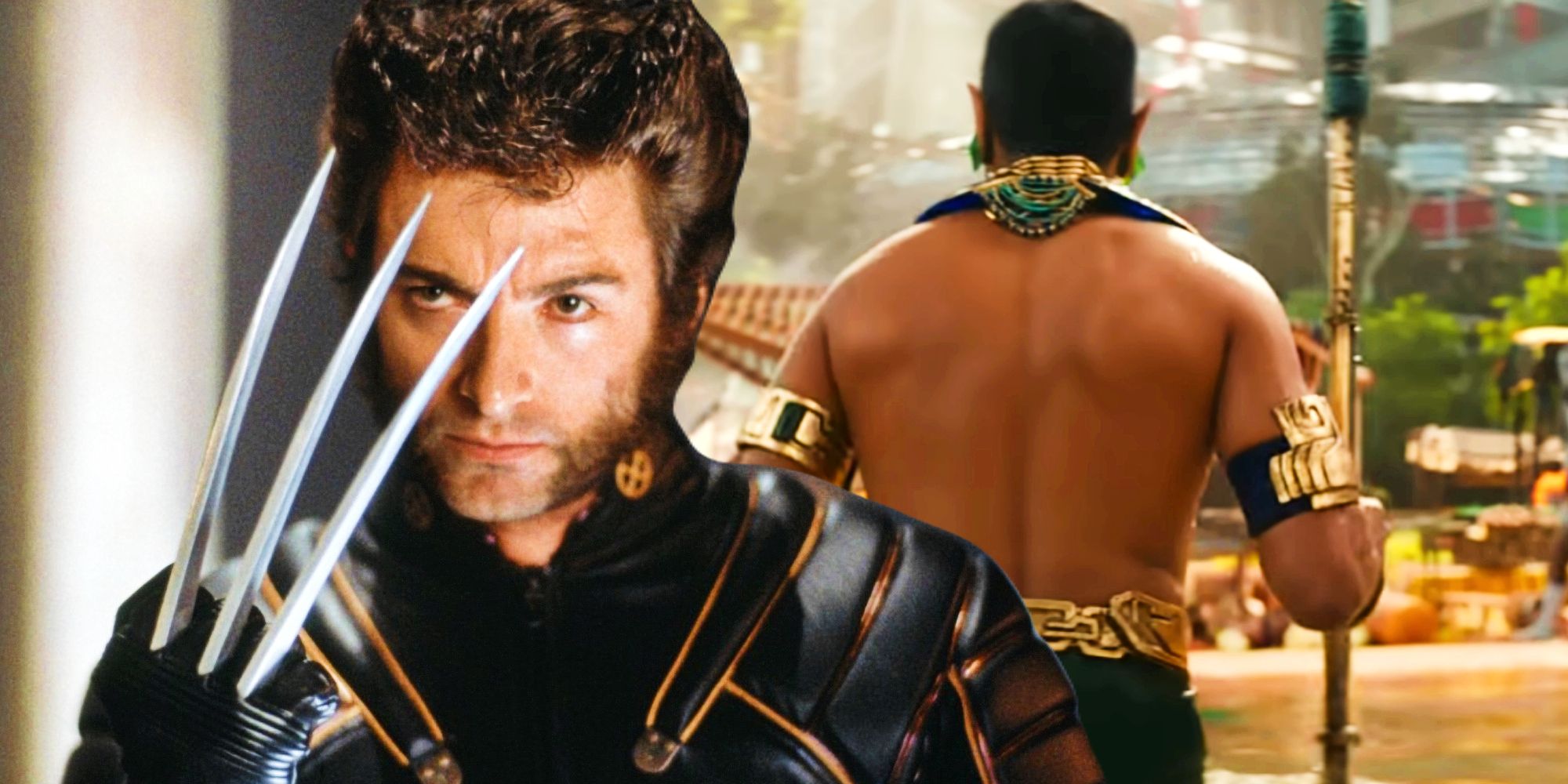 There have been many popular theories regarding how Marvel Studios would introduce the X-Men, and the MCU is proving them right all at once. More than three years after Disney bought 21st Century Fox and consequently allowed Marvel Studios to use the X-Men-related characters, the MCU has yet to announce any project focused on the mutant superhero team. Still, the X-Men and other mutants are already being brought into the MCU, and Marvel is using more than just one strategy to do it.

With the Infinity Saga completed by the time the Marvel Studios could finally use mutants in the MCU, the franchise now had an incredibly difficult question to answer – how to bring the X-Men into a Marvel universe that had already existed for a decade. If Captain Marvel disappeared in the 90s and only returned to help Earth after Avengers: Infinity War was already an awkward retcon, then explaining why mutants had never been mentioned in the MCU would be even more difficult. As a result, ever since the announcement of the Fox/Disney merger, speculation has been rife over how the MCU would successfully navigate this narrative conundrum, with a number of theories emerging.

Related: The MCU Already Has An Advantage In Explaining The X-Men’s Mutant Powers

One explanation of how the MCU would bring in the X-Men was that it would all come down to the multiverse. It was clear even before the Multiverse Saga announcement that the multiverse concept would set the tone for the MCU after Avengers: Endgame, which would allow the X-Men to be brought into the franchise without retconning the main timeline. However, another theory simultaneously suggested that the MCU would not rush to use the X-Men and that it would instead slowly introduce mutants before eventually tackling Xavier’s superhero team. Both of those X-Men theories were plausible and popular within the fanbase, yet they seemed mutually exclusive. However, in an interesting twist, Marvel is actually using both of those strategies at the same time to bring the X-Men and other mutants into the MCU.

Instead of bringing in the X-Men right away or trying to come up with an overly complex explanation as to how the X-gene came to be, the MCU is simply establishing that mutants have always been there. The first official addition of a mutant in the MCU’s Earth-616 happened at the end of Ms. Marvel, in which it was revealed that Kamala Khan is a mutant. The Ms. Marvel reveal was a significant change from the comics, as Kamala had been an Inhuman ever since her debut. Still, the MCU left no doubt that its version of Ms. Marvel is a mutant, and the Ms. Marvel finale even played the X-Men ’97 theme after the word “mutation” was dropped.

Black Panther: Wakanda Forever, the final movie in Phase 4, is also adding another mutant into the MCU – Namor. Actor Tenoch Huerta confirmed during an interview (via Empire) that Namor is a mutant in the MCU, which adds up to Namor being born with gills as shown in the Wakanda Forever trailer. Namor is perhaps one of the most important Marvel mutants that are not deeply tied with the X-Men and therefore is no surprise that he is one of the first mutants to be introduced in the MCU. Early in Phase 4, Black Widow briefly featured Ursa Major, who is a mutant in the comics, but there was nothing to suggest that the character had superpowers.

Marvel Is Also Using The Multiverse To Bring The X-Men

On top of slowly introducing mutants that are not tied with the X-Men, Marvel is also bringing establishing X-Men characters with the help of the multiverse. Patrick Stewart reprised his role as Charles Xavier in Doctor Strange in the Multiverse of Madness’ Illuminati team in what was the first appearance of an X-Man in the MCU. Ryan Reynold’s Deadpool, who had his own sub-franchise within the Fox X-Men movies, is also joining the MCU with Deadpool 3.

Related: Marvel Teased X-Men’s Cyclops In The MCU In The Weirdest Way

The introduction of Deadpool will not represent a huge challenge for the MCU as the character is already used to dealing with time travel and alternate timelines. Deadpool 3 will also reintroduce Hugh Jackman’s Wolverine now as part of the MCU. The news that Hugh Jackman will return to the role of Wolverine in Deadpool 3 took many by surprise, and it proved that the Fox X-Men universe is very much alive in the MCU’s multiverse. With Patrick Stewart, Ryan Reynolds, and Wolverine actor Hugh Jackman all reprising their roles (or at least alternate versions of them) in the MCU, the door is now opened for other X-Men characters to join the MCU through the multiverse.

Marvel Studios is clearly taking its time to develop a proper MCU X-Men movie, which is why the current strategy of slowly adding mutants and bringing multiversal X-Men legacy characters is so important. Considering the confirmed Multiverse Saga slate, there may not be an X-Men movie until after Avengers: Secret Wars. Until then, Marvel is scratching the X-Men itch by establishing that mutants do exist in this universe.

While the multiverse is an easy solution for the X-Men problem, it was never the best one as it risked missing the mutants’ outcast element. Fortunately, Marvel seems to be interested in using the multiverse to bring a few legacy characters from the Fox X-Men films only. Secret Wars will probably rely on multiversal cameos and crossovers to translate the scope of the comic book to the big screen, to which names like Patrick Stewart’s Xavier and Hugh Jackman’s Wolverine would be perfect.

Another way the MCU has found to keep the X-Men in the spotlight before their own movie happens is with X-Men ’97. The X-Men: The Animated Series revival is being produced by Marvel Studios, and while it may not have any connections to the MCU movies, it is being granted the same level of importance as something like Marvel’s What If…?. The overall X-Men ’97 aesthetic is proving to be essential to the MCU’s X-Men plan, as seen proved by Professor X’s looks in Doctor Strange 2 and the Ms. Marvel mutant reveal.

Related: Why Wolverine Started To Lose His Healing Power In Logan

How Will The MCU’s Actual X-Men Be Formed?

Essentially, the MCU is making the most of the two most popular X-Men theories while it postpones its actual X-Men plans to after Secret Wars. It is possible that, in the aftermath of Secret Wars, the MCU’s Earth-616 merges with a universe in which the X-Men exists, thus originating a rebooted timeline in which the X-Men will have always been part. Another possibility is that names like Charles Xavier and Scott Summers already exist in the MCU’s Earth-616 and that for some reason the X-Men haven’t been put together yet or decided to remain in hiding all this time. Whatever way the MCU chooses to introduce its definite version of the X-Men team, it will have to create a strong foundation that sets this new iteration apart from the Fox one. Having names like Stewart’s Xavier and Jackman’s Wolverine in crossover events is exciting, but the MCU must avoid relying on those legacy characters when crafting the new era of X-Men films.

Next: The 1 X-Men Storyline The MCU Has To Avoid