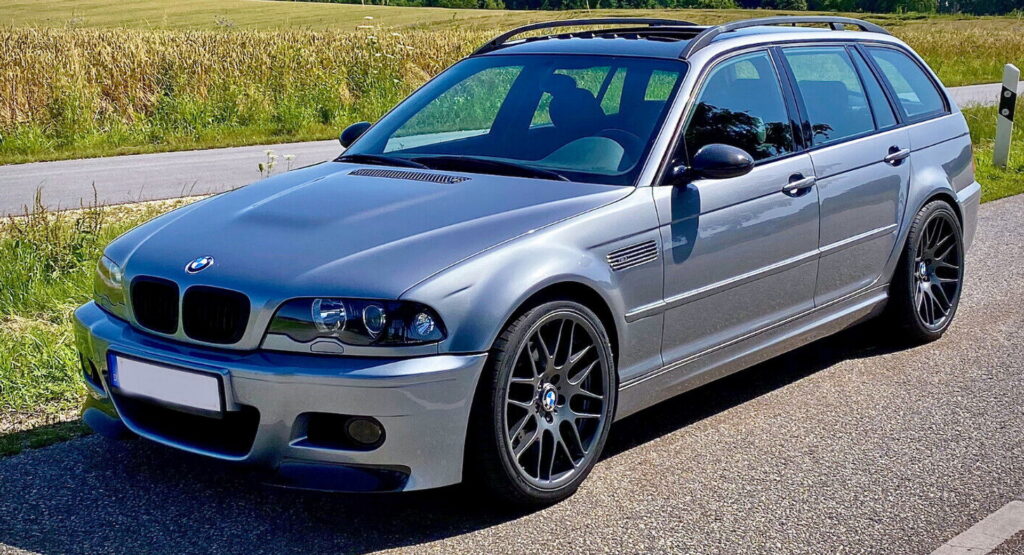 BMW never officially sold an E46 M3 Touring, or any M3 Touring until the most recent generation, for that matter. They did make a one-off E46 M3 wagon, but it rests in the BMW museum and sadly never entered production.

To cope with that, one creative person decided to build his own E46 M3 Touring out of a 330xd, and it’s up for sale. At the time of writing, bidding on the car’s eBay listingin Germany had reached €10,600 ($10,471) with four days left in the auction.

It’s important to note that this 3-Series wasn’t just some cobbled-together backyard project; it was built with true craftsmanship and has been fastidiously maintained, with the owner even going so far as to completely replace the entirety of AWD system’s components.

The car’s body kit is primarily made up of genuine M3 components, which include the bi-xenon headlights, hood, bumpers, and even the wheel arch liners and trunk tub. Other components, such as the roof and mirror caps, aren’t original M3 parts, but they were actually custom fabricated in carbon fiber. The carbon diffuser is in the style of the M3 CSL, while the powder-coated multispoke wheels are actually from one of the mere 1,383 units of the CSL ever produced. Inside, the M3 parts continue with an original speedometer and rear-view mirror.

To give it driving dynamics befitting of an M3, the car now rides on a new set of coilover suspension, and those CSL wheels are wrapped in a stickier set of tires. Additionally, the car’s engine now breathes out of a genuine M3 exhaust to help make the tone a bit more aggressive.

And while it does retain its original automatic transmission and 3.0-liter diesel inline-six, this car still provides the looks and handling of an E46 M3 with the added utility of a wagon rear end, diesel fuel economy, and all-wheel drive. Not only that, but the 330d actually makes around 20 more lb-ft (27 Nm) of torque than the M3 despite being down 170 hp (172 PS / 127 kW) on power.