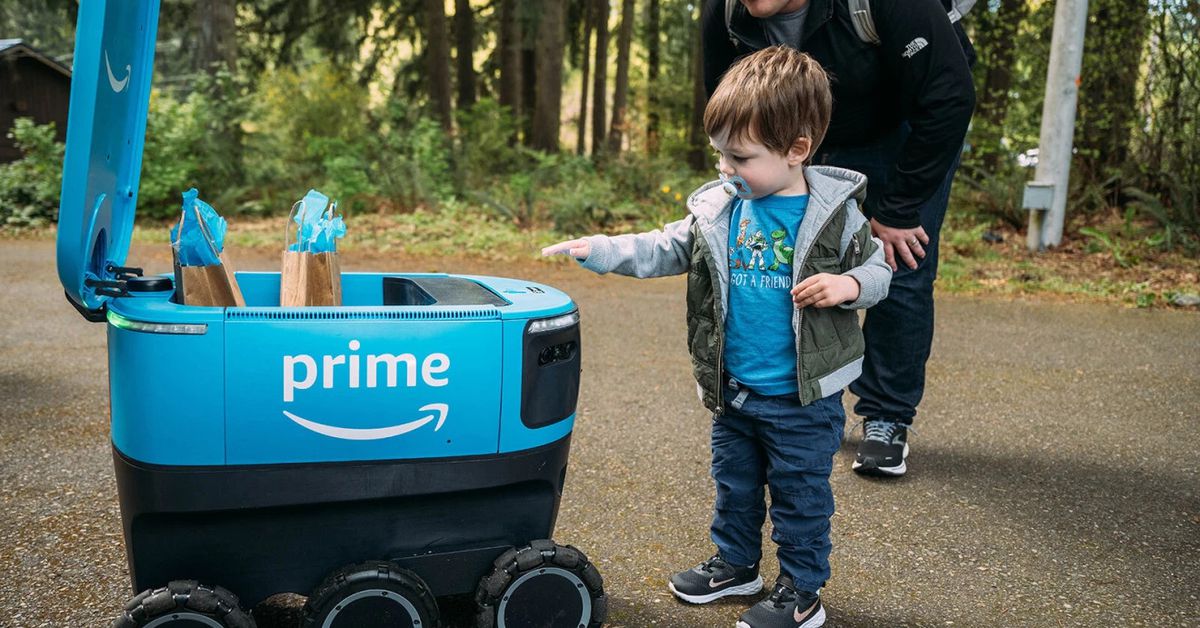 Amazon’s is scaling back its plans to build a delivery robot, Scout, but insists that the project is not finished.

Bloomberg first reported that the company has shut down tests of the machine, and that the Scout team, constituting around 400 employees globally, is being disbanded. However, a spokesperson for Amazon, Alisa Carroll, told The Verge that the company is “not abandoning the Scout program” entirely: “We are scaling the program back and still have a team dedicated to Scout.”

“During our Scout limited field test, we worked to create a unique delivery experience, but learned through feedback that there were aspects of the program that weren’t meeting customers’ needs,” Carroll told The Verge. “As a result, we are ending our field tests and reorienting the program. We are working with employees during this transition, matching them to open roles that best fit their experience and skills.”

In most cases, the idea is for the robots to handle “last mile” deliveries — that is, taking packages from local distribution centers to customers’ front doors. However, as Amazon’s failure with Scout suggests, it’s not certain that the economics of this technology make sense. Although the robots are nominally autonomous, they often have to be overseen remotely, especially when they run into unexpected situations. They’re also slow, moving no faster than walking pace, which gives them little advantage over traditional couriers.

It will be interesting to see if Amazon’s drone delivery service, Amazon Prime Air, survives this cull. The project was announced in 2016, but recent years have seen numerous reports of mismanagement, unrealistic expectations, and high employee turnover within the team. Scout’s lost its way. Could Prime Air come crashing down next?