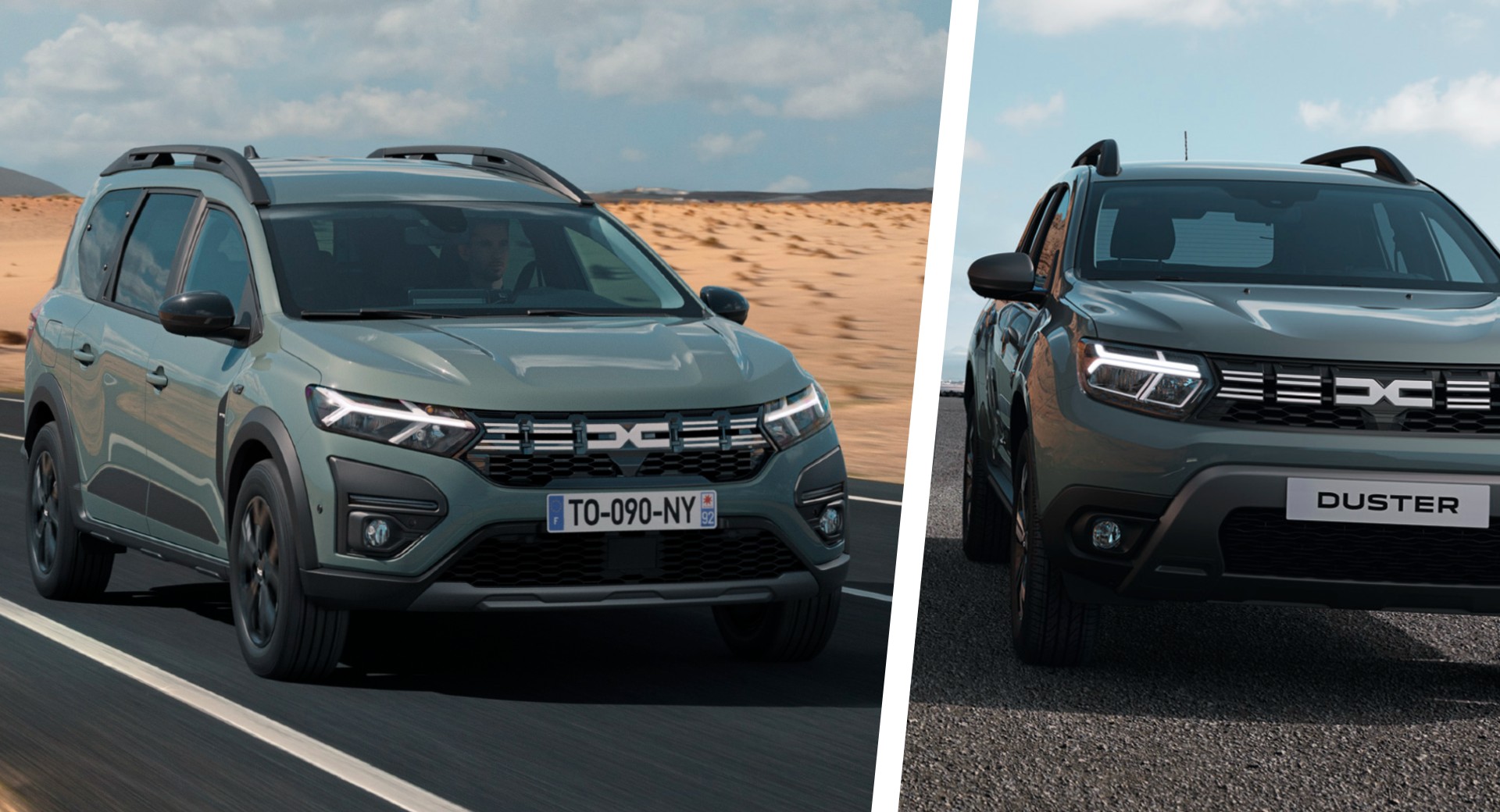 Dacia recently previewed its lineup for the 2022 Paris Motor Show including the off-road-focused Manifesto EV concept, a camper kit for the Jogger, and the revised model range with the new emblem. While this sounded more than enough for a single event, Dacia announced two more premieres – the hybrid Jogger and the Duster “Mat Edition”.

Also Read: You Probably Can’t Tell, But This 2023 Dacia Duster Is A Commercial Van

The company didn’t go into specifics, but the power output matches the mild-hybrid 1.3 TCe 140 petrol engine with a 12V system that is already used in the Renault Clio, Captur, and Arkana. It also matches the output of the full-hybrid system with dual electric motors and a 1.6-liter engine found in the Clio E-Tech Hybrid and Captur E-Tech Hybrid. However, the mild-hybrid option is the safest bet since Renault’s more sophisticated and complex hybrid system would make the Jogger too expensive for Dacia’s standards.

The Jogger Hybrid 140 will be showcased at the Paris Motor Show before going on sale next year. The Romanian automaker will start taking orders in early 2023, with the first deliveries expected in spring 2023. Following the electrified Jogger, we expect the same powertrain to find its way into more Dacia models – most likely including the next-gen Duster.

Speaking of the Duster, the current second generation of the SUV will gain a new special edition called “Mat Edition” with orders starting towards the end of 2022. Dacia hasn’t published any photos yet, but announced that the model will be distinguished by an exclusive body color and come standard with all the available equipment. We also know it will be fitted with the most powerful 1.3-liter TCe 150 petrol engine producing 148 hp (110 kW / 150 PS), mated to the EDC automatic gearbox.

Reading between the lines, the Duster “Mat Edition” will be similar to the Extreme SE flagship, but feature a new color scheme to go with the new emblem and brand identity. Mind you, the Duster got facelifted in 2021 and it was recently updated with the redesigned grille, the new “DC” emblem, the new Dusty Grey shade, and Monolith Grey accents.

Finally, Dacia will exhibit a range of eco-friendly merchandise, including backpacks, bottles, caps, and raincoats made of recycled and sustainable materials. Those products will embody the brand’s values (simplicity, robustness, and authenticity) and will be available in Dacia dealerships and in a dedicated online shop.