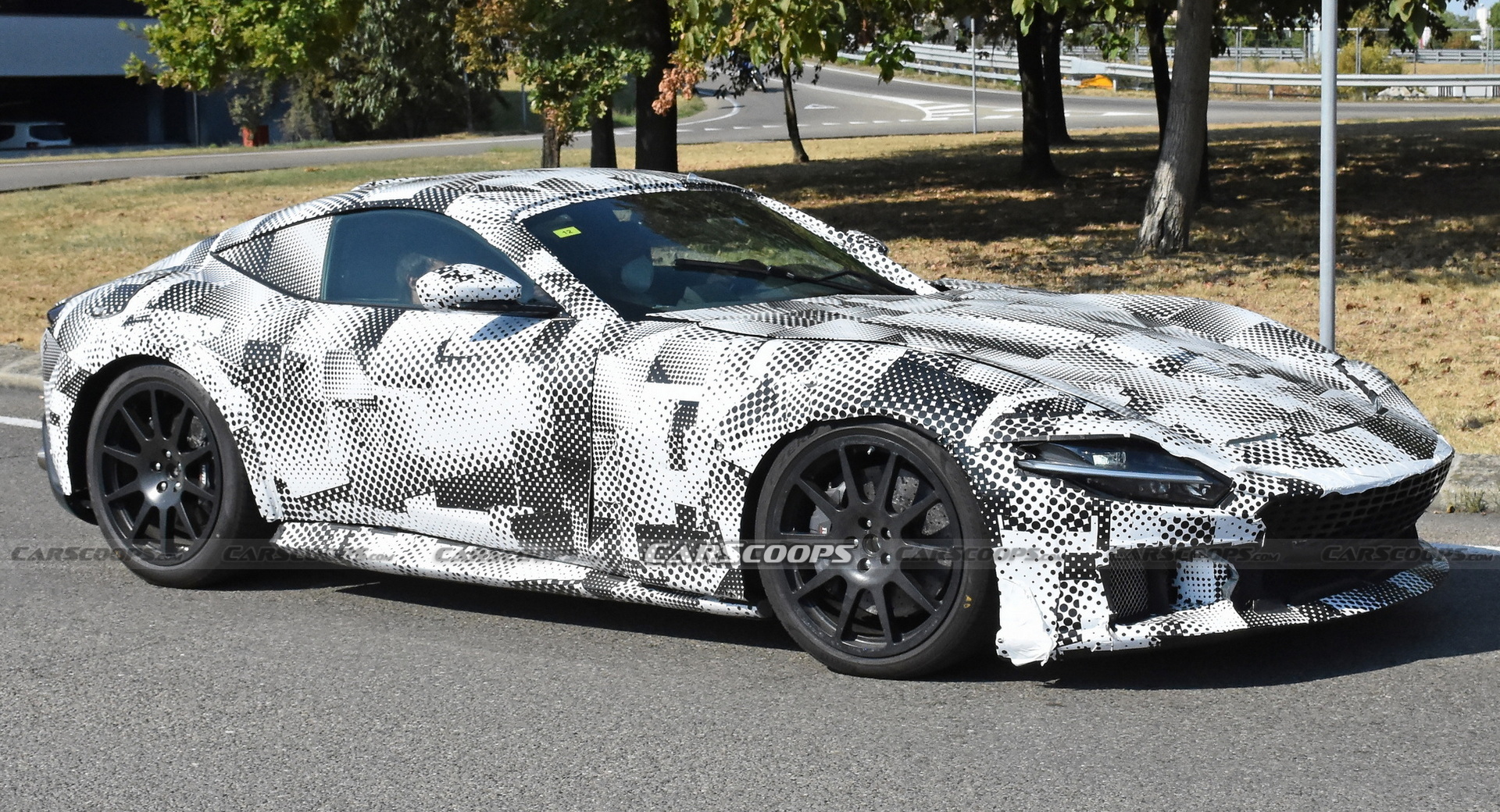 Once again, Ferrari has sent a stretched-out version of the Roma out on the public roads around its factory, and the test mule may hide a V12 engine under its bodywork.

Seen testing in the spring, rumor has it that this is the followup to the 812 Superfast (GTS, and Competizione), sales of which have now ended. Expected to contain some degree of hybridization, the new front-engine V12 grand tourer will reportedly shift to the scalable architecture first used by the Roma.

That would explain why Ferrari decided to massage a few body panels and tack them onto the new longer and wider chassis that will underpin its upcoming the new car, which is using the code name F167. It may also explain why some of those body panels look a little wonky.

Read Also: Could This Stretched Out Ferrari Roma Be A Mule For The Front-Engine V12 Successor To The 812?

Caught in both photos and the video above, the new car’s engine can be heard, though YouTuber Varryx claims that the use of a silencer is being implemented here to muffle the sound of the V12 and throw us off the scent.

We anticipate that the new car will use a 6.5-liter V12 like the one in the Purosangue. It will likely be tuned to make more power than the 715 hp (533 kW/725 PS) crossover, though, since the outgoing 812 Competizione is capable of churning out 819 hp (610 kW/830 PS) and the new 296 GTB hybrid makes exactly as much power from half as many cylinders.

It is, at this point, still unclear if this new model will get a full hybrid powertrain, like the 296 GTB and the SF90, or if it will simply get a mild-hybrid powertrain with, say, an electric compressor to help boost the engine.

Unfortunately, the fact that this is still a test mule suggests that we aren’t especially close to Ferrari lifting the veil and giving us official information. Our spy photographers expect it to start testing under its own body in 2023, though, which should be interesting to see.