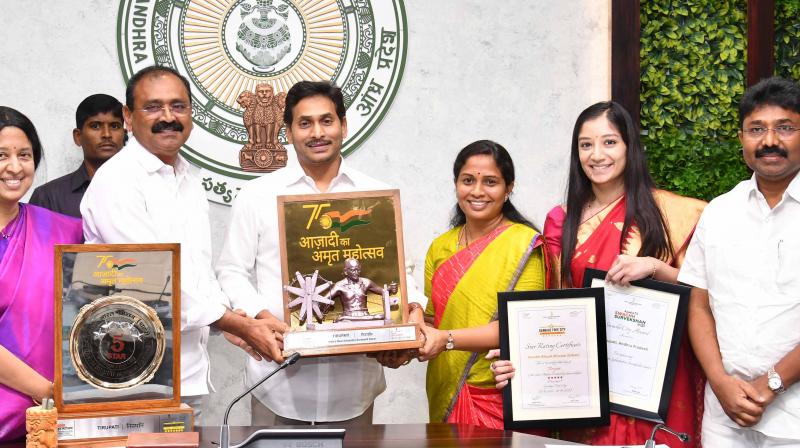 VIJAYAWADA: Chief Minister Y.S. Jagan Mohan Reddy has asked officials to repair all roads across the state by March 23, 2023. He also asked them to ensure development of infrastructure in Jagananna Colonies, including the setting up of sewage treatment centers there.

He asked the municipal administration department to complete restoration of the damaged roads across the state by March 31 next.

In a review of the municipal administration and urban development department, the chief minister asked the officials to thoroughly examine the roads in all towns and cities in the wake of the heavy rains.  Take up the repair and reconstruction of the damaged roads as a special drive, he told them.

Asking the officials to ensure high standards in the maintenance of garbage dumping yards, the CM asked them to ensure that the general public is not affected in the process.

There should be a constant vigil on the drainage water treatment and waste process management in each and every municipality and corporation, he said.

He said immediate steps should be taken to ensure cleanliness across the state.

Jagan asked officials to prevent flow of drainage water along the retaining wall on Krishna river and effectively implement the ban on use of plastic covers. Hold talks with business and trade and ask them to use alternative material, he told the officials.

Officials have been advised to prepare layouts in all constituencies for construction of Jagananna Smart Townships.  Basic facilities such as water, drainage and electricity should be provided first in Jagananna colonies before establishing the drainage treatment plants, he said.

He also asked officials to take up beautification works on all roads leading to the Ambedkar Park in Vijayawada.