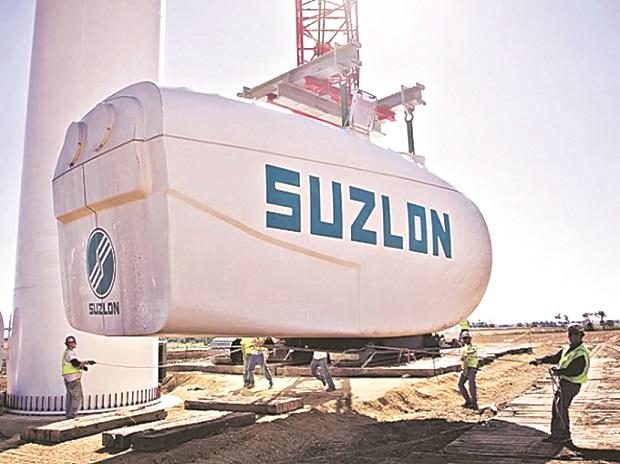 Suzlon Energy on Friday announced the appointment of Vinod R Tanti as its Chairman and Managing Director with immediate effect for the next three years.


The announcement came after demise of Suzlon Energy founder Tulsi Tanti, who was holding the position of Chairman and Managing Director, on October 1, 2022.


Board of directors of the company at its meeting held on Friday has, inter alia, approved the appointment of Vinod R Tanti as the Chairman and Managing Director with immediate effect, i.e. from October 7, 2022 for a period of three years, i.e. up to 6th October 2025, according to a BSE filing.


The appointment of Tanti would be subject to the approval of the shareholders at the next general meeting of the company, it stated.


Consequent to his appointment as the managing director, Tanti resigned as the whole-time director and chief operating officer with immediate effect, i.e. 7th October 2022, the filing said.


The board also approved the appointment of Girish R Tanti as the Executive Director designated as the Executive Vice Chairman of the company with immediate effect for a period of three) years.


The board also approved the appointment of Pranav Tanti as an Additional Director of the company with effect from October 7.


Vinod R Tanti and Girish R Tanti are brothers and both are related to Pranav T Tanti.


Vinod Tanti, brother of late Tulsi Tanti and the eldest among the siblings, is aged 60 years. He is also a founding member of Suzlon Energy Limited.


He has a bachelor’s degree in civil engineering. He has extensive experience of over 34 years managing various key functions at Suzlon.


He was also the Chief Operating Officer of Senvion, Germany, for the period from 1st June 2012 to 15th June 2013, at a time when Senvion was a global leader in wind turbine technology.


Vinod Tanti brings to Suzlon his vast experience of the complete wind energy value chain as well as his process centricity and drive for innovation.


Girish Tanti, brother of late Tulsi Tanti and youngest among the siblings, aged 52 years, is also a founding member of Suzlon Energy Limited. He has a Bachelor’s degree in electronics & communication engineering and holds a Master’s degree in business administration from the UK.


He brings to Suzlon an extensive experience of over 27 years in renewables and international business.


Girish holds a unique blend of understanding the dynamics of technology and strong business acumen. Over the past years, he has played many roles including incubating the renewable energy business in 1995, established technology development centres in Europe and India, setting up the global supply chain, developing wind markets across India, establishing global business operations and corporate development activities.


He has been instrumental in Suzlon’s rise to become the only wind energy player from a developing nation to rank among the top five worldwide. Through the years, Girish Tanti has not only believed in, but completely devoted himself to champion the vision of harnessing renewable energy to power a greener, more sustainable tomorrow for generations to come.


Girish Tanti served as an Executive Director at Suzlon Energy from 1st December 1995 to 30th July 2011. Subsequently, he was a non-executive director on the board of the company till date.


Pranav Tanti is the eldest child of late Tulsi Tanti. Pranav holds an MBA degree from the University of Chicago, Booth School of Business and a dual honours degree in business administration and finance from Keele University, UK.


During his diverse global experience, Pranav has worked in some of the major business hubs in the world including India, China, US, and Hong Kong. Most recently Pranav was the Chief Executive Officer of Skeiron Renewable Energy, a company which invested and managed a portfolio of wind turbine assets of nearly 400 MW.


Pranav founded the said company and successfully spearheaded fund raising from two Hong Kong-based private equity firms. At the peak of the market in 2018, Pranav successfully led the exit of the portfolio worth USD 500 million.


Pranav has also worked in the past at the Chicago and India offices for the Suzlon group in various executive roles.


He has held positions at Merrill Lynch and CLSA in the investment banking and equity research divisions in Hong Kong and Beijing. He presently does not hold any position in the company.