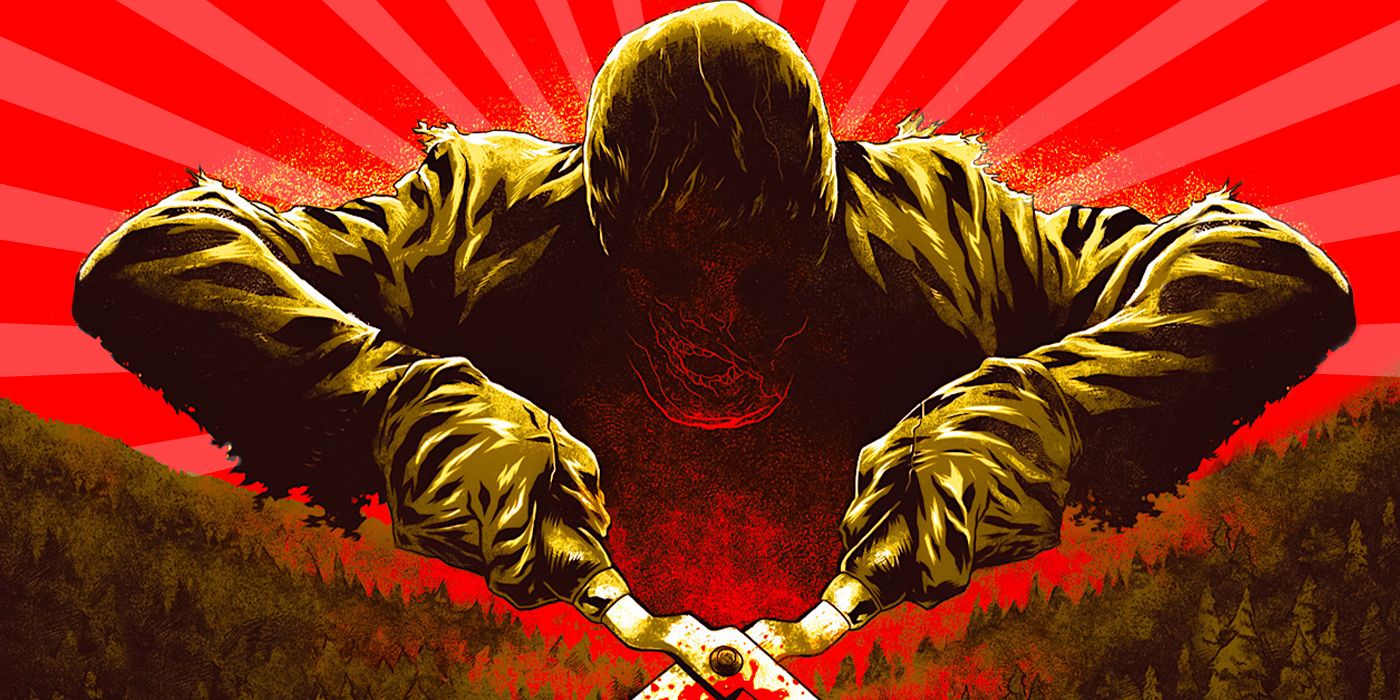 The real world can be a pretty harsh place, this is why audiences escape to the movies. When times are tough, there’s nothing positive on the news, and everything is getting you down, it’s nice to throw something on that will take you away to another land. Strangely enough, horror movies can even be escapist fun. Yeah, you might not want to throw on something like Hereditary to have a good time, but horror movies with the right atmosphere can be a blast, especially slashers. Typically, slasher films have a bit of a campy tone and revolve around dimwitted teenagers. Half the time, these movies are really just hangout movies until something creepy actually starts happening. The campy hangout slasher movie completely inhabited by moronic teenagers is especially fulfilled in 1981’s The Burning, directed by Tony Maylam and released dead in the middle of this genre’s craze. It’s a pretty solid means of escapist slasher camp (literally)… well, it is escapist, right? Classic villains like Michael Myers, Jason Voorhees, and Freddy Krueger, these guys are all just in the movies, right? Wrong. In Maylam’s summer camp creep-fest, Cropsey is our killer, and not only is he one of the great villains in this genre, his filmic origins are based in urban legend. That’s right, a supposed real life boogeyman based right out of the state of New York, one who may have gone on to be discovered and arrested in the year 1988.

Urban legends have always been popular. Typically, they’re just a good bit of fun spread around by ordinary people in hopes of giving each other a good scare, teach some sort of moral lesson, or keep people away from a specific location. Legends based around Bloody Mary, the Mothman, and most recently, Slenderman, just to name a few. All cultures have their own to tell, and in New York, things aren’t so different. Stories of a supposed killer named Cropsey began coming around in the 1970s, specifically in the Staten Island area. A tragic legend, one describing a man who, after the death of his son, escaped a mental health hospital and kidnapped several young children. Oh yeah, and he had a hook for a hand. Some stories described the figure as having scars from burns; others isolated his crimes to Staten Island, while occasionally, accounts of his crimes were told around the state. Parents effectively prevented their children from getting into trouble by telling them these stories, scaring them from straying too far from home or staying out too late. Cropsey was also a major fascination at summer camps, with several reports of the figure rearing his head at these locations being passed around. Counselors would often use stories of the killer not only to give their kids a classic campfire story, but also to teach them the importance of being safe around a fire. Cropsey had shown himself over the decade to be a popular figure, one that would be easy to capitalize on with the incoming slasher movie craze.

The year was 1978 and John Carpenter had just slaughtered his way into the movie going consciousness with Halloween. The movie was the type of super-massive success that, in its wake, an entire genre of films ripped off every last storytelling mechanic that it had to offer. Sure, certain elements would be changed to avoid plagiarism, swap out a Haddonfield for a Camp Crystal Lake, but you were always guaranteed the same type of film with every story almost playing out identically, beat for beat. They were produced on the cheap side and usually raked in boat loads of cash, so up-and-coming filmmakers flocked toward the newest movie fad. That’s when infamous producer Harvey Weinstein came into the picture. Weinstein was looking for any opportunity he could find to make a film that would help him break into the business, and with the new slasher craze running rampant, the producer took inspiration from childhood stories of the Cropsey killer and began work on The Burning. The movie ended up a financial flop, but has remained a fan favorite of the genre, and the movie version of Cropsy (spelled without the “e” in the film) has since gone on to become a slasher icon in his own right.

RELATED: From ‘The Blair Witch Project’ to ‘The Candyman’: 10 of the Best Movies About Urban Legends

What’s the Difference Between Cropsey and Cropsy?

While mostly similar to his urban legend counterpart, this interpretation does have his differences. The film takes place at a summer camp, like many of the Cropsey’s stories, and our killer is born out of tragedy. The film version of “Cropsy” does not present an escaped mental health patient who goes on to avenge the death of his son. This take on the legend tells the story of a janitor that, after a counselor’s prank gone wrong, is set on fire and suffers burns across his entire body. After undergoing skin graft treatments for five years, the killer escapes a hospital and makes his way for Camp Stonewater. The film also ditches the legend’s notorious hook-hand in favor of a pair of gardening shears. This “Cropsy” also primarily targets the camp staff, as opposed to solely attacking children like the urban legend suggests. The Burning offers a solid new take on the character that would only further his status as a New York legend. Cropsey was nothing but a campfire story until the year 1988. That was when things became all too real.

Andre Rand was born on March 11th, 1944, and worked as a custodian at the Willowbrook State School in the State Island Area. In 1983, for no reason in particular and without any authorization to do so, Rand took a school bus full of eleven children from a New York City YMCA out to New Jersey’s Newark Liberty International Airport. Thankfully, no one was harmed, but Rand was arrested and was given a ten-month sentence. He was a completely untrustworthy figure in the area, but no one knew exactly what the man might be fully capable of. Rand often hung around kids in the area, and was often seen taking walks with them or taking them out to local diners for a bite to eat. There were several instances where children would go missing and Rand would be the last person spotted with them, but nothing would come of it – not until 1987 with the disappearance of twelve-year-old Jennifer Schweiger. Later on in 1988, the custodian would be charged with the kidnapping and first degree murder of the child after having been the last person seen with her. Rand is simultaneously associated with the disappearances of four others – Alice Pereira, Holly Ann Hughes, Tiahease Jackson, and Hank Gafforio – but only given one additional criminal charge for the kidnapping of Hughes. The Jury was never able to convict on the murder charge, but they did on both kidnapping charges. He won’t be eligible for parole until the year 2037, putting the man in prison until he is 93-years-old. While Andre Rand is without a hook for a hand or burns covering his entire body, his crimes against the youth of New York will forever associate him with the urban legend of Cropsey.

Urban legends are an interesting means of heightening our every day. They make neighborhood streets feel more fantastical, give parents a means to scare their kids into behaving, and create a greater sense of wonder about what all might really be out there. Our passings-on of stories will forever be detrimental to the shaping of our cultures, be it via word of mouth or on the big screen – stories of far away lands, important historical figures, and what might lurk in the dark just down the street. It becomes a terrifying thing when, sometimes, the monsters we tell stories of aren’t just left at the campfire, they’re actually out there. In the case of The Burning’s standing in the shadow of Rand’s actions, the filmmakers could have never seen coming what reality had in store. The film remains a fun, fresh take on a legend before the legend became soured by true events and should be viewed separately from one individual’s crimes, especially with how goofy the film’s version of Cropsey is. In and of itself, The Burning delivers a perfect version of the typical silly 80s slasher tone, a solid October viewing to help you ease in to the Halloween spirit and get away from the terrors of real life.