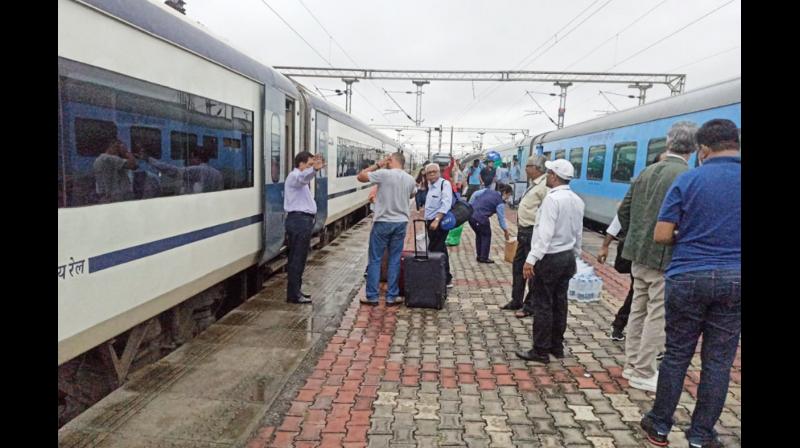 HYDERABAD: Bumpy rides continue for Vande Bharat Express trains for the third consecutive day, as the Varanasi-Delhi train has suffered a failure leaving passengers stranded on the tracks for 5 hours on Saturday.

The Varanasi-Delhi Vande Bharat Express developed a snag due to a bearing defect in the Traction Motor of the C8 coach between Dankaur and Wair stations of the North Central Railway.

According to the Indian Railway officials, the train developed a “flat tyre” of 80 mm due to which its movement had to be restricted to 20 kmph up to the closest railway station Khurja, where the passengers were shifted to Shatabdi Express.

According to reports, the officers of NCR have assisted the transshipment of passengers and the team would investigate the failure after taking the rake back to the maintenance depot.

The newly-launched Vande Bharat Express trains have been in the news since the last couple of days after one of such trains hitting cattle in Gujarat – first a herd of buffaloes on Thursday and a cow on Friday.