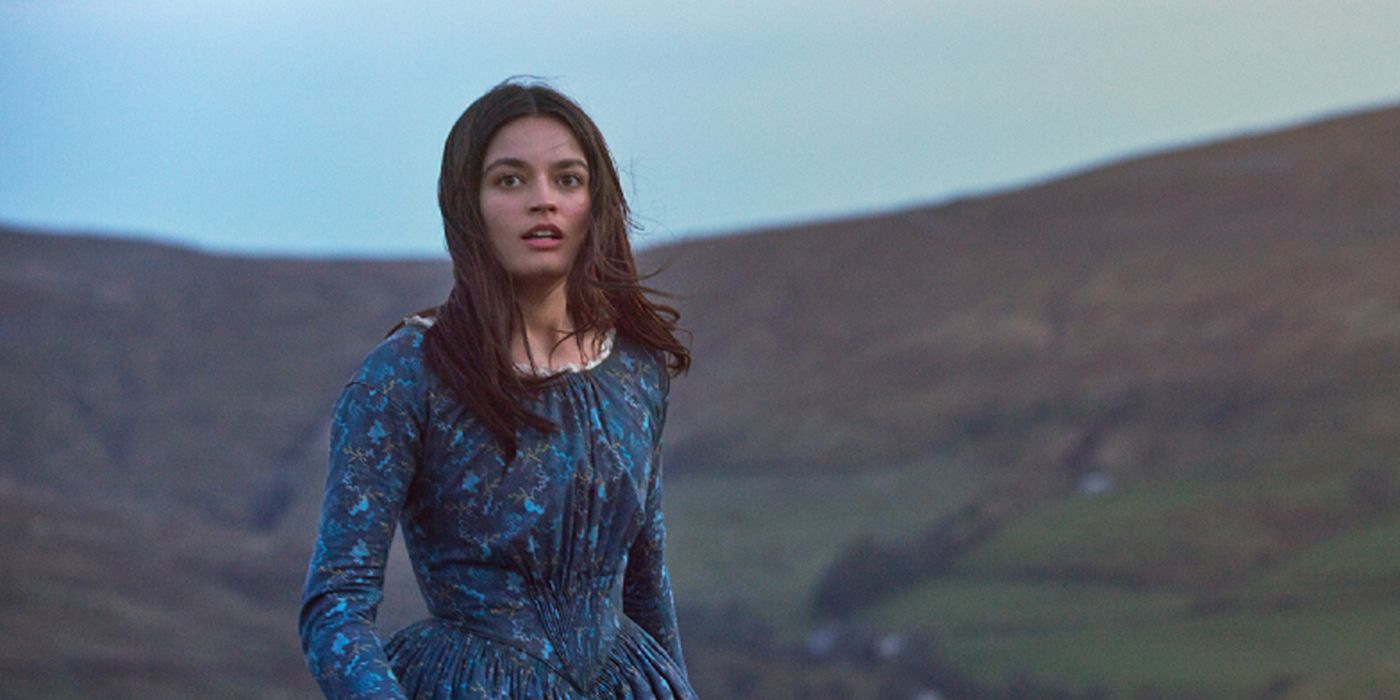 From Pride and Prejudice and Emma to Little Women and Jane Eyre, the 90s seemed to be a romantic renaissance of movies based on some of the world’s classics, and since the enormous success of the Netflix series Bridgerton, we have begun to see a repeat of the 90s regency craze. With the sudden resurgence of romantic period dramas, including the 2020 movie Emma starring Anya Taylor-Joy and this year’s adaptation of Persuasion starring Dakota Johnson, audiences are apparently eager for more longing stares across ornate ballrooms and passionate confessions of love and desire. The movie Emily appears to fall somewhere in this category as it will give a behind-the-scenes look at one of the most famous novels of English literature, Wuthering Heights. The 1992 version of Wuthering Heights was just one regency jewel in a trove of many during its time and has since been remade twice more into a television series in 2009 and another film adaptation in 2011. The story even inspired an 18-year-old Kate Bush to write her song “Wuthering Heights” in 1977, a song that has recently seen a renewed interest after Bush’s “Running Up That Hill” was featured in the fourth season of the smash hit Netflix series Stranger Things. Such is the tale of Wuthering Heights that people never seem to tire of the numerous movie adaptations it has inspired, but this time Emily will take a very different take on the beloved classic.

Here’s your guide on everything you need to know about the upcoming film Emily.

Related:‘Eiffel’: Trailer, Plot, Release Date, and Everything We Know So Far

What Is Emily About?

The movie will actually focus on the life of Emily Brontë and is set in 19th-century Yorkshire, England. Emily was an English writer and poet but aside from having been described as an anti-social recluse with a particularly shy nature, little else is known about her. Having enjoyed a very brief stint as a teacher, she later went on to write the famous story of Wuthering Heights, a romantic tale about a pair of inseparable soulmates Cathy and Heathcliff. It was originally released in 1847 the same exact year as the publication of Jane Eyre, an equally important novel which was penned by Emily’s sister Charlotte Brontë. The Brontë sisters were a very accomplished literary family, with all three contributing some of the most culturally significant novels and poetry of classical literature. When her book was initially published, Emily used an alias of Ellis Bell in the hope that her work would be judged fairly. It was not uncommon for a woman’s literary works to be harshly criticized or completely overlooked during this time and most women weren’t taken seriously. This is what made Emily and her sisters so extraordinary.

Emily sadly died at 30 years old just one year after Wuthering Heights was published and long before she could witness the cultural effect it would have. To this day, almost 200 years later, Wuthering Heights is still continuously devoured by millions all over the world, an unforgivably heartbreaking love story that could give Thomas Hardy or even Jane Austen a run for their money.

Who Is Starring in Emily?

Taking the role of Emily will be Emma Mackey, a French-British actress whose most notable performance is in the Netflix comedy-drama series Sex Education as Maeve, she also played the jaded lover Jackie de Bellefort in Kenneth Branagh‘s murder mystery sequel Death on the Nile which released in theaters this past February. Playing her younger sister Anne is Amelia Gething, an actress who wrote and starred in her own comedy-sketch show in 2019, and her older sister Charlotte will be played by Alexandra Dowling, best known for her performance as Queen Anne in the BBC series The Three Musketeers and as Roslin Frey in Game of Thrones. It will also star Fionn Whitehead as Emily’s brother Branwell whom Emily is said to have idolized and Oliver Jackson-Cohen as Emily’s love interest William Weightman.

The movie has also been written and directed by Frances O’Connor, an actress who is no stranger to period drama herself as she starred as the lead role in Mansfield Park in 1999. Emily will be O’Connor’s directorial debut.

When and Where Will Emily Be Released?

The movie premiered at this year’s Toronto International Film Festival on September 9, 2022, and received high praise from critics. It will then be released to the public on October 14, 2022, for UK audiences US audiences will have to wait a few months longer as the film won’t release in the Americas until early 2023. The film will be available to watch in cinemas on their respective release dates. While Warner Bros is releasing the film in the UK, indie label Bleecker Street is handling distribution in the US, after having acquired the film back in May 2022.

Is There a Trailer for Emily?

The trailer for Emily was released on August 11 by Warner Bros UK. The film’s cinematography is hauntingly beautiful and dark with an almost gothic appearance, which seems fitting when you compare it to the type of novel Emily went on to write. From an extremely dramatic shot of Emily standing in the thundering rain to a burning kiss exchanged within the glow of candlelight, this movie seems every bit as riveting as your standard period drama. In the trailer, Emily is depicted as the strange one of the family and is happily traversing the lengths of Yorkshire, terrifying everyone with her “ungodly” writing.

An unconventional woman of unique abilities, it is really no surprise that she caused quite a stir during her short career with the phrase “freedom in thought” sounding like a suitable mantra for such a woman. Aside from an agonizing glare here and a mischievous smirk there, the movie remains shrouded in mystery and leaves us with the most important question, and one that is immediately asked a mere 5 seconds into the trailer. How did Emily Brontë go on to write one of the most iconic love stories of all time? The answer of course will never be known, but Emily will hopefully be the next best thing.