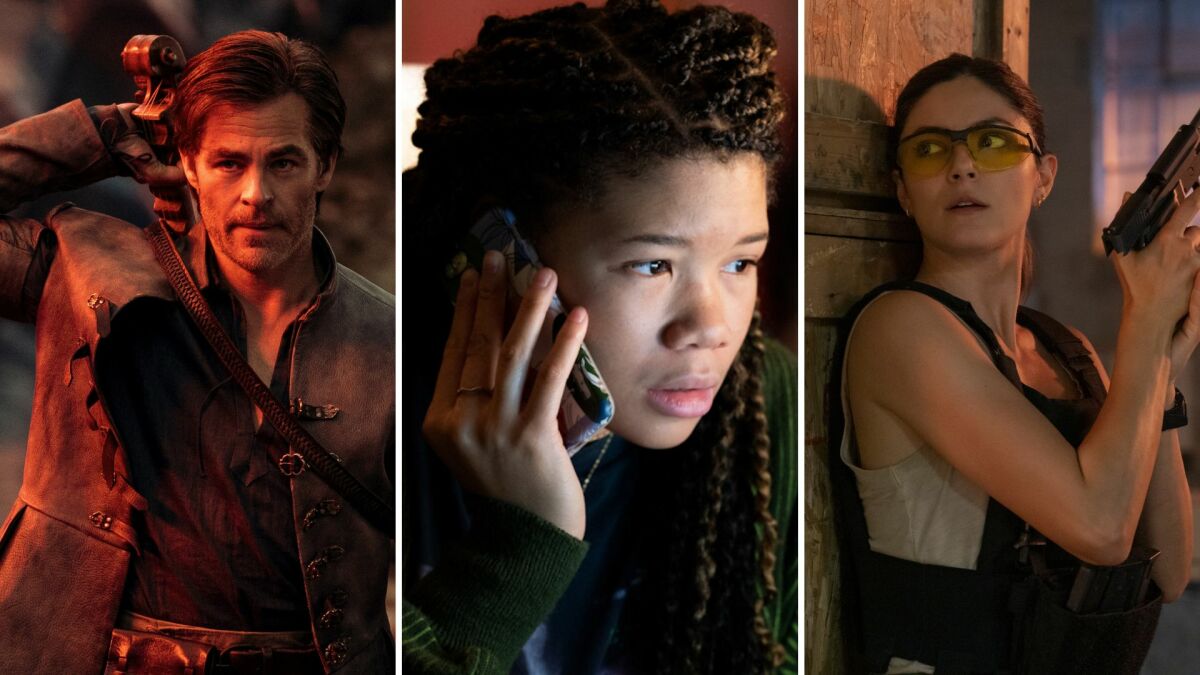 So, what’s everyone been watching this week? Hmmmm?

Just to get a sense of what everyone’s streaming, we’ve used data from streaming aggregator Reelgood, which gathers viewership numbers from hundreds of streaming services in the U.S. and UK. Each week, the most streamed TV shows and movies come down to a few elements — sheer buzz, a big finale, smart marketing, star power, critical acclaim, or word-of-mouth that leads uninterested people to finally watch it out of spite.

This week, it’s all just a bunch of Hocus Pocus with the sequel to the Halloween favourite landing on Disney.

But just because a lot of people are watching something doesn’t make it…good. Here they are, the 10 most streamed TV shows and movies of the week, where to watch them, and what Mashable critics thought.

Something wicked (read: the long-awaited sequel for absolute classic Hocus Pocus) this way comes. With Bette Midler, Sarah Jessica Parker and Kathy Najimy back in their best witchery as Winifred, Sarah, and Mary Sanderson, Hocus Pocus 2 has landed from Dumplin’ director Anne Fletcher. The film is set 29 years since the Black Flame Candle was lit (the one that resurrects the Sanderson sisters to the ruin of all). On Halloween, when two high school students (Whitney Peak and Belissa Escobedo) light the damn thing, they have quite the battle on their hands. Along for the ride is Sam Richardson, Hannah Waddingham, Doug Jones, Lilia Buckingham, Froyan Gutierrez, and Tony Hale. — Shannon Connellan, UK Editor

‘Hocus Pocus 2’ owed a happy ending to one crucial character

What we thought: Hocus Pocus 2, quite simply, was worth the wait, as a rare reboot/sequel that capitalises on the beloved magic of the original while letting its core stars spectacularly lean into the chaos, whirling, cackling, and yowling as gloriously as they did 29 years ago. When the credits roll on Hocus Pocus 2, we are dust! Toast! Pudding! Dost thou comprehend? — S.C.

How to watch: Hocus Pocus is now streaming on Disney+.(opens in a new tab)

Evan Peters as Jeffrey Dahmer and Ron Bush as his lawyer.
Credit: Netflix

Ryan Murphy’s Monster: The Jeffrey Dahmer Story has upset a lot of people — but of course, people are still watching it. The Netflix series has been accused of sensationalizing the American serial killer’s crimes, and the streaming service has been in hot water for its questionable tagging of the series. The series follows Dahmer (Evan Peters) through the lens of his victims, and looks at the lack of action from police even when neighbour Glenda Cleveland (Niecy Nash) tried to report him. — S.C.

How to watch: Dahmer – Monster: The Jeffrey Dahmer Story is now streaming on Netflix.(opens in a new tab)

The Force is strong.
Credit: Disney

Star Wars‘ latest adventure is the most popular series this week, with Diego Luna in the lead and back in his 2016 Rogue One: A Star Wars Story role of Cassian Andor before he joins the Rebellion. In the prequel series Andor, you’ll also get an early peek at the tale of Senator Mon Mothma (Genevieve O’Reilly). Rounding out the cast is Stellan Skarsgård, Adria Arjona, Fiona Shaw, Denise Gough, and Kyle Soller. — S.C.

What we thought: Andor boasts stunning visuals, committed performances, and some of the most interesting themes of any Star Wars show yet, but its first few episodes (critics received four for screening purposes) border on slogs. — Belen Edwards, Entertainment Reporter

How to watch: Andor is now streaming on Disney+.(opens in a new tab)

Featured Video For You

Alison Janney and Jurnee Smollett’s action thriller Lou is the top streamed movie of the week. Directed by Anna Foerster, the Netflix film sees Smollett as Hannah, who is trying to find her kidnapped daughter in the middle of a storm. She asks her mysterious neighbour, Lou (Janney), for help, and the pair set out together on a rescue mission. But among the teetering rope bridges and violent encounters, both women have secrets from their pasts that will find their way out. — S.C.

How to watch: Lou is now streaming on Netflix.(opens in a new tab)

“Blonde” has drummed up a lot of criticism.
Credit: Netflix

One of the most criticised movies of the year has sure drummed up buzz from it. Andrew Dominik’s Blonde — an adaptation of the novel by Joyce Carol Oates — examines Marilyn Monroe’s (Ana de Armas) life and career through various moments. But the film has been accused of exploiting Monroe’s trauma, and for its representation of sexual assault. — S.C.

How to watch: Blonde is now streaming on Netflix.(opens in a new tab)

Amazon’s The Lord of the Rings series, The Rings of Power, is still going strong. According to the company, it was viewed by 25 million viewers globally over the first 24 hours the series’ first two episodes dropped, a record debut for a Prime Video show. But most importantly, the series does what no other J.R.R. Tolkien adaptation has done: it places people of color and women front and center. — S.C.

What we thought: The Rings of Power turns out to be a rousing tale of perseverance in the face of evil, a sumptuous re-introduction to Tolkien’s world, and just all-around great TV. You won’t just feel like you’ve returned to Middle-earth: You’ll feel like you never left. — B.E.

How to watch: The Lord of the Rings: The Rings of Power is now streaming on Prime Video.(opens in a new tab)

Ser Laenor Velaryon has been through a lot.
Credit: Ollie Upton / HBO

There is simply no denying the power of Game of Thrones, a franchise that has roared back into our lives with the release of prequel series House of the Dragon. Taking place nearly 200 years before Jon Snow and Daenerys Targaryen existed, House of the Dragon follows House Targaryen at the height of its power in Westeros. There’s just one small problem: King Viserys (Paddy Considine) doesn’t have a male heir. With the line of succession in question, you can bet on scheming, bloodshed, and mayhem. Oh, and many, many dragons. Let fire and blood reign! — B.E.

Who’s who in ‘House of the Dragon’: The Targaryen family tree

What we thought: If you’re worried about House of the Dragon after getting burned by the final season of Game of Thrones, don’t be. HBO’s epic new series is excellent through and through, juggling memorable characters, high fantasy, and intense emotions with practiced ease. You’ll be sucked in faster than you can say “Dracarys.” — B.E.

How to watch: House of the Dragon is now streaming on HBO Max. New episodes premiere Sundays at 9 p.m. ET.

What we thought: Unloading bloody money shot after even bloodier money shot, this gore-fest with tits also finds thrilling new ways to subvert the classic ’70s slasher formula it pays homage to. But as part of a larger trend of artsy indie horror movies that make you think, X is more boobs and guts than it is brains. — Kristy Puchko, Film Editor

How to watch: X is now streaming on Showtime.(opens in a new tab)

9. Interview With the Vampire

How to watch: Interview With the Vampire(opens in a new tab) is now streaming on AMC+.

10. The Greatest Beer Run Ever

It’s a long way to go to bring a tinnie to a mate. In The Greatest Beer Run Ever, Zac Efron stars as Chickie Donohue, who decides to travel to the frontline in Vietnam to bring the soldiers something from home: their favourite beers. But although it sounds like a bizarre concept for a road movie, the film promises a coming-of-age story and poignant reflection on friendship, all set amid a highly controversial war. — S.C.

How to watch: The Greatest Beer Run Ever is now streaming on Apple TV+.(opens in a new tab)