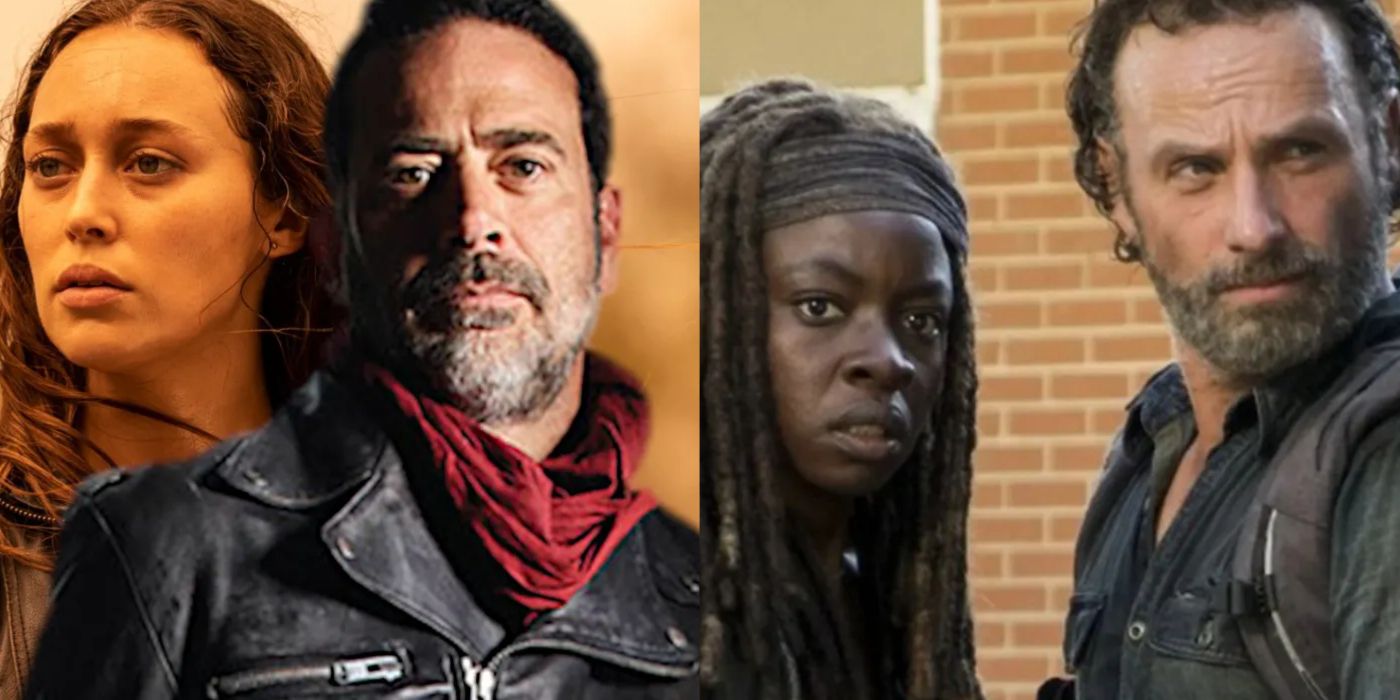 The final part of season 11 of The Walking Dead has recently begun on AMC. This is the beginning of the end of the original series. However, there are a few spinoffs and a few more planned following the conclusion of the original.

Though this conclusion will end the first storyline in this universe, there are several main characters, including Negan, Maggie, and Daryl, whose storylines will continue in upcoming spinoffs focusing on their stories. Many dedicated viewers on Reddit have their own predictions about how the original series will conclude.

When the show first started, there were only a few small children in the group and Carl Grimes was the only significant child character. Now, there are several child characters that have been born and raised in the new world.

Despite the fact that the show has killed off children in the past, some Redditors believe these children are safe from the danger of dying before the end of the series. Reddit user AFTW_1 said, “I think all of the kids are safe and thats a solid bet. Don’t see AMC killing any of them for any reason.”

Rosita Or Gabriel Will Die (But Not Both)

Gabriel and Rosita have both been through some heartbreak as their individual stories progressed. Now that they’re a couple, fans not only have another duo to root for, but another one to worry about.

While both of these characters made important decisions moving to the Commonwealth, the latest turn of events has put the original group in danger. As is the pattern in this series, some viewers think either Rosita or Gabriel will die, leaving the other heartbroken. Reddit user Bermanator-Turkey127 said, “The show doesn’t kill off both sides of a relationship very often. Only one will die if any.”

One of the best decisions Negan made in season 11 was leaving the group to venture out on his own. This led to him meeting Annie and starting to build his own family.

However, some fans think one tragedy that will occur before the end of the series is Negan losing his new love interest. Reddit user AFTW_1 said, ” As much as this one sucks to say, I don’t see any outcome where Annie survives this series.” Some of these audience members believe this is a necessary plot point before the Negan and Maggie spinoff.

Rick has been off the series for a couple of seasons, followed by Michonne absence a season later. However, the two of them are still alive, and there is a planned spinoff featuring the two characters.

This spinoff will likely take place before the ending of The Walking Dead, picking up when Rick or Michonne left the show. Many fans, therefore, believe the original series could end when their spinoff would end, with them coming back to Alexandria. Reddit user Own_Faithlessness769 said, “Rick and Michonne can take over at Alexandria, that leaves the other OGs free to do the spin offs.”

Rick Fighting To The End

Now that it is confirmed Rick Grimes is going to return in another spinoff of the original series, fans are eager for him to take part in the show that made his character so popular.

However, some fans are such big Rick fans they don’t just want him to be in the finale, they want him to be the finale. Reddit user RickGrimes-44 said, “I just want Rick, alone, fighting off walkers with everything he has.” This fan can’t imagine a better ending than another action-packed scene with Rick fighting the dead.

There are many loyal characters still alive in The Walking Dead for the final season. While Morgan is no longer in the original series, he’s among the living, leaving the possibility he could make an appearance in the finale.

Many viewers believe the friendship between Morgan and Rick is one of the most wholesome. Therefore, they think the best ending would be to allow these two men to be seen living a happy, comfortable lifestyle. Reddit user Louie3020 said, “My ideal ending for The Walking Dead is old Rick & old Morgan in the closing scene doing something nondescript with their second families.”

The Walking Dead has had a few time jumps throughout the series, but nothing too significant. However, fans wonder what the children born into the apocalypse will live like in their adulthood.

Reddit user Intelligent_Pay9952 said, “they pick up like 15 or so years later Judith is like mid 20s has a husband and a kid and she goes on a walk and recreates the scene with Rick looking around the cars in the first season.” These fans would like to see the storyline come full circle, with the next generation paying homage to their parents.

The Shows Will Merge

Fear The Walking Dead has already seen a couple of characters from the original series join the cast. Therefore, many fans have theorized that this is leading to a massive merging of the groups by the season 11 finale.

These fans think this would be the most epic conclusion to the original plotline. Reddit user silencedoutrage said, “it should end with everyone from twd and fear… together for at least one moment on screen.” If the show ended in this manner, this would leave more opportunities for further character development in the upcoming spinoffs.

The CRM Will Appear

There have been many epic moments in season 11 of The Walking Dead, but the original group has yet to come face to face with the infamous CRM, though they are major antagonists in some spinoffs.

The CRM is the group that picked up Rick after he blew up the bridge, leaving little doubt they will play a major role in his upcoming spinoff series. This makes viewers suspect they’ll appear before the conclusion, which could lead to them being antagonists. Reddit user Minimalistmacrophage said, “The ending will most likely be the looming threat of, or opening war with, the CRM.”

There are many predictions fans have for the finale of this long-running series. However, some people don’t think the ending will be completely satisfying or tie up all the loose ends.

Reddit user shsudhbrfh said, “I think we’re going to simply get the resolution of a few character arcs who we won’t be seeing again, the commonwealth arc coming to an end, our group winning and then branching.” These fans believe, considering the various spinoffs planned, many of the characters’ storylines will not be concluded in this finale.

Next: 10 Burning Questions Fans Have After The Second Half Of Season 11 Of The Walking Dead