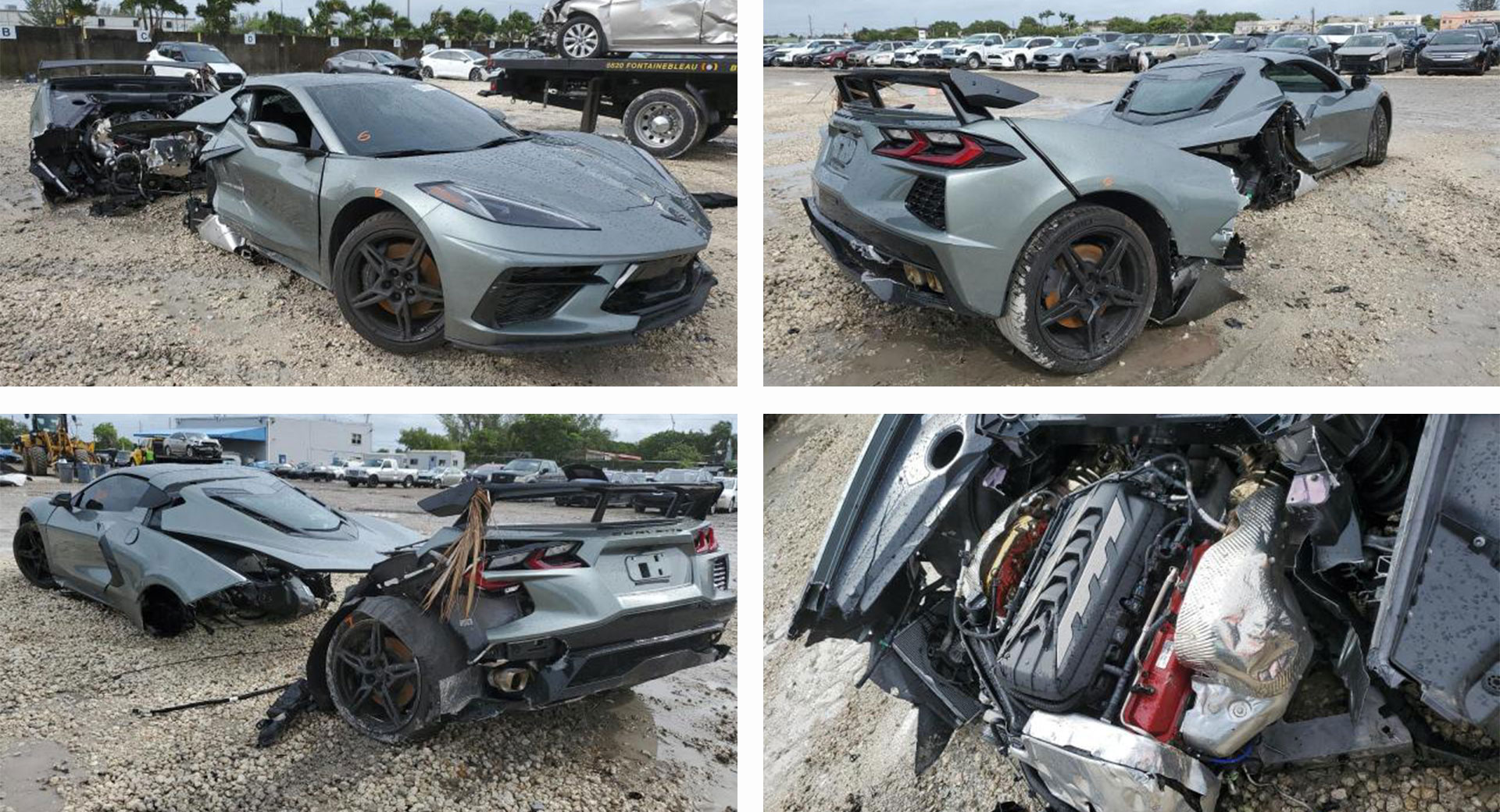 The life of this 2023 Chevrolet Corvette Stingray was cut short in brutal fashion and the damage it has sustained may just leave you scratching your head as to what happened to it.

The silver sports car has been ripped in two and is a very sad sight to see. This is far from the first time we’ve seen a mid-engined supercar ripped in two like this. In 2013, a Lamborghini Aventador famously split in half after careening side-on into a tree. Rewind back to 2006 and entrepreneur and criminal Stefan Eriksson’s Ferrari Enzo was sliced in two when it hit a pole on the Pacific Coast Highway at a claimed 160 mph (257 km/h).

The backstory of this particular 2023 Corvette Stingray isn’t yet known but it seems likely that a side-on collision is what caused the rear-end, including the entire powertrain, to split from the cabin of the car. While Eriksson’s Enzo was rebuilt, repainted black, and sold at auction a few years ago, we would be very surprised if anyone bothered to fix this ‘Vette given how common they are compared to a Ferrari Enzo.

Images from Copart show that the car is equipped with the 1LT trim level and the Z51 Performance Pack that includes the available high wing spoiler. For the most part, the front half of the car doesn’t appear to be in particularly bad shape – until you cast your eyes to behind the doors, that is. Taking a closer look at the rear-half that split away, it seems to have broken quite cleanly at the car’s bulkhead, as most mid-engined cars like this are designed to do.

A look inside the cabin reveals that the side airbags in the seats were deployed but curiously, there are no signs that any other airbags were deployed. The mileage of the car also isn’t known as the digital instrument cluster no longer functions.