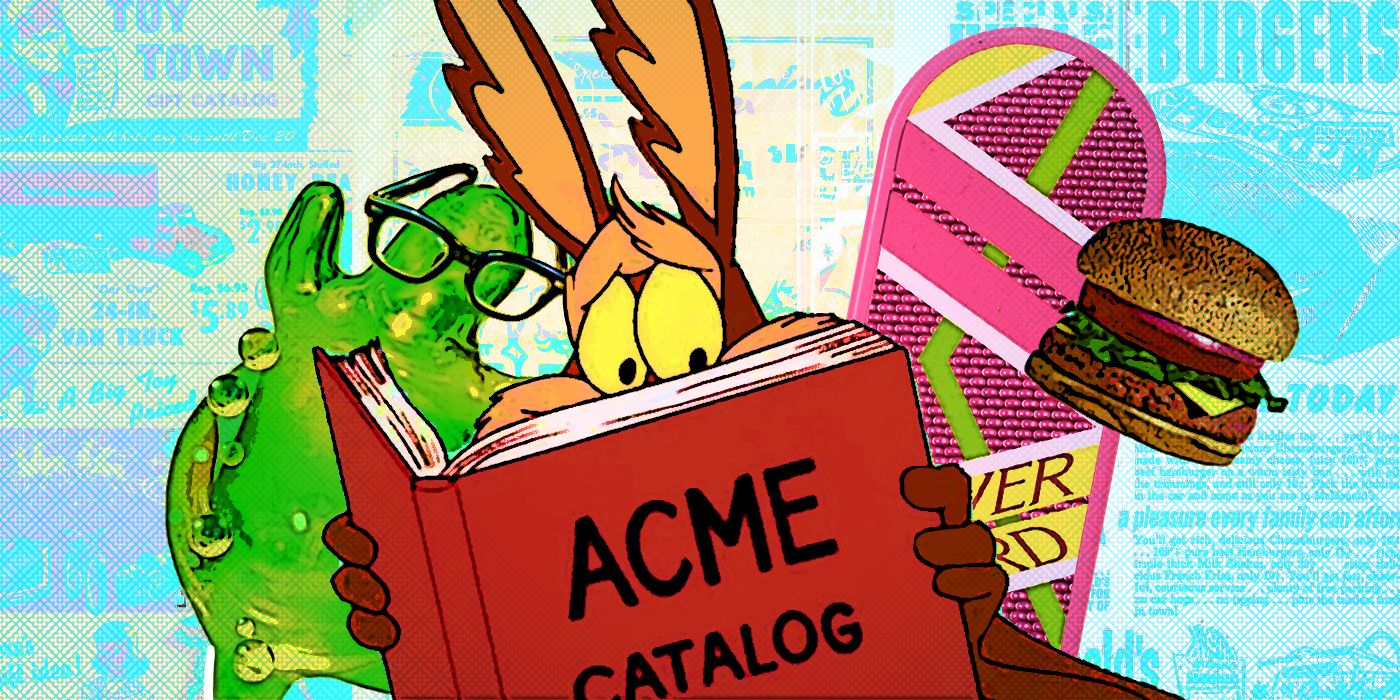 Have you ever watched Spongebob Squarepants and thought to yourself, “Hey, I really could go for a Krabby Patty”? Stood over the empty paper tray of the work photocopier, wishing you could order more paper from the Michael Scott Paper Company, as seen in The Office? Order an anvil launcher from ACME, like in Looney Tunes? You’re not alone – movies and television have a wellspring of products that aren’t in the real world. Some have even made the leap from screen to reality. In fact, someone is probably enjoying a nice refreshing Duff Beer at Universal Studios right now (like stupid sexy Flanders). So despite these fine items remaining onscreen only, there’s always a chance, right?

As seen in Season 5 of The Office, the upstart paper company, staffed by Pam (Jenna Fischer), Ryan (B.J. Novak), and of course Michael Scott (Steve Carell), begins to seriously cut into Dunder Mifflin’s clientele. It’s unsustainable, of course. Low prices and fixed-cost pricing would have doomed the company within days. Key words: would have. Dunder Mifflin believes that the only way to stop the bleeding is to buy out the Michael Scott Paper Company, and so they do, caving to Michael’s stipulations. Anyone can buy Dunder Mifflin-branded paper, from Amazon and a number of other places, but to recognize the bright spark that was the MSPCP would be awesome.

It’s perfect, really. Take any three meats you want, place them in the Tracy Jordan Meat Machine, and you have yourself one delicious food ball, without having to suffer through the bread part. Meat is the new bread! If only it didn’t spew scalding grease everywhere. If you can’t trust a product made in North Korea, via Winnipeg, via Stanford, via Colorado, then what can you trust? But we’ll never know the joys of having our own Tracy Jordan Meat Machine, thanks to the powerful bread lobbyists. The closest we’ll ever get is the KFC Double-Down.

Sex Panther Cologne in Anchorman: The Legend of Ron Burgundy (2004)

Sex Panther cologne is an item you actually can get, with an aromatic scent with hints of juniper and lavender. But we want the real thing, not some real world, non-offensive knock off. The one that’s illegal in 9 countries. The one made from bits of real panthers. The one that 60% of the time it works every time, with a fragrant odor that reminds one of pure gasoline, used diapers with Indian food, or Bigfoot’s… um, Bigfoot.

Flubber, “flying rubber”, is the brainchild of absent-minded professor Philip Brainard (Robin Williams). On the day of his third wedding to Dr. Sara Jean Reynolds (Marcia Gay Harden) – having absent-mindedly forgotten to attend the first two – the professor creates Flubber, a rubber that allows objects to fly through the air. Brainard uses the Flubber in a variety of ways, coating a golf ball and a bowling ball with it, applying it to his Ford Thunderbird to make it fly, and applies it to the shoes of the college’s basketball team, giving the unskilled lot an advantage in their next game. Yet there are so many things that one could use it for: rescuing kittens from trees, an alternative to a broken elevator, catching up to aircraft for those that miss flights, mothers-in-law, and so much more.

Mattel Hover Boards in Back to the Future Part II (1989)

Contrary to popular belief, Mattel has never created a hover board, which is a downright shame. Marty McFly (Michael J. Fox) just made it look so easy in Back to the Future Part II. Just think – you would fly over potholes, sidewalk cracks, or even small furry rodents, all without getting knocked off of your board. Sigh, probably just as well, especially for those of us that will end up, wheels or no wheels, with their face meeting pavement regardless.

Mmmm… Mockolate… oh, Season 2, Episode 8, “The One With The List”, why do you taunt us so? The completely synthetic chocolate substitute, heralded as being even better than chocolate never had a chance to turn Thanksgiving into the Mockolate holiday. Alas, the smooth, bubbling sensation that crumbles in your hand, with a taste that has just a hint of what evil must taste like, will never be ours. Maybe there’s still hope for Fish-tachios, provided one isn’t allergic to cat hair.

“Powerful like a gorilla, yet soft and yielding like a Nerf ball.” Without a shadow of a doubt, ‘The Homer’ is the perfect automobile. Two bubble domes, one in the front and one in the back for scrapping children (comes with optional restraints and muzzles. An engine sound that causes people to think Armageddon is nigh. Three horns that play “La Cucaracha” when pressed. Mega-sized cup holders for those with gigantic Hi-Protein Beef or Wheatgrass Squishees. Shag carpeting, tailfins, and even a metal bowler for a hood ornament. How can you not want that in your driveway? Besides, what else can $82,000 get you these days?

It’s happy! It’s fun! It’s Happy Fun Ball, the toy sensation that’s sweeping the nation, and for only $14.95! Wow, only $14.95 for something that brings happy and fun together? Yes, please! Just disregard the lengthy laundry list of side effects and warnings. It’s not like Happy Fun Ball is Lawn Darts, for crying out loud. It is strongly suggested, however, that one should never taunt Happy Fun Ball.

When is the last time anyone paid attention to a car alarm? They’ve become so commonplace most assume they are set off accidentally, not helpful in a situation where someone really is trying to steal your car. This is why we need MagnaVolt. In case of auto-theft, two metal belts come down and shock the perpetrator to death before getting away. Simply open the door, let the smoking corpse fall to the ground, and carry on with your day. No alarm noise, no police involvement, just the satisfaction of knowing you have the most effective auto security system ever conceived. It doesn’t even run down the car battery, an eco-friendly solution to the never-ending issue of car theft.

While the odds are good that we will never need to catch a roadrunner, it doesn’t mean we couldn’t use some of the amazing products that ACME provides. You’d never be late again, thanks to their rocket-powered roller skates, or their jet-propelled unicycle. Run like the wind with Triple-Strength Fortified Leg Muscle vitamins. Take the holiday stresses away with the Christmas Packing Machine doing all the wrapping while the Little-Giant Snow Cloud Seeder makes an instant white Christmas. Instant boulders for when you need to rock, and, of course, the ever-lovin’ ACME brand Anvil. Look out, Amazon!

Why should the denizens of Bikini Bottom be the only ones to enjoy a tasty Krabby Patty, the signature hamburger from the iconic Krusty Krab? Forget about Beyond Meat, or VegeMeat, or ‘I Can’t Believe This Isn’t Meat!’: the Krabby Patty is a vegetarian’s dream, a 100% all-secret patty with undersea cheese, pickles, lettuce, tomato and onion, all between two fluffy seaweed-sea buns. There’s literally no reason why Mr. Krabs (Clancy Brown) couldn’t open a Krusty Krab franchise on land, but until he does, or at least until he relinquishes the secret formula, we’ll never know the sweet taste of a Krabby Patty. Maybe Plankton (Doug Lawrence) could open a Chum Bucket?