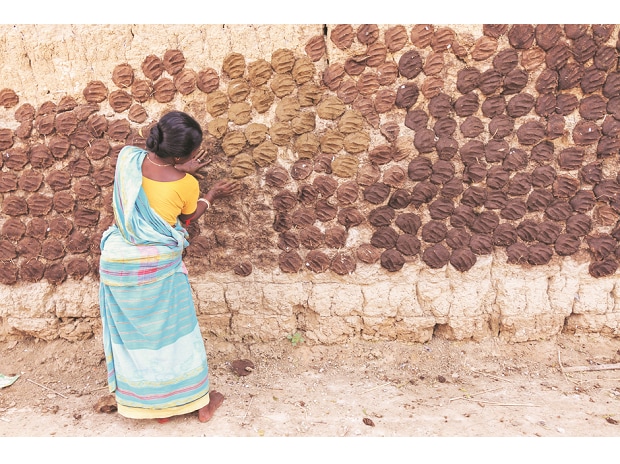 In yet another move to strengthen the rural economy, the Chhattisgarh government has decided to paint state-run schools with the shades manufactured from cow dung.


“Chief Minister Bhupesh Baghel has called for the use of cow dung paints in all school buildings to provide employment to rural women and increase their income,” a government spokesperson said.


Paints manufactured in the rural industrial parks, which have been set up at the “Gauthans”, will be used. The Gauthans (livestock shelters) have been set up at villages under the government’s flagship Godhan Nyay Yojana. Chhattisgarh has set up 8,404 Gauthans of the 10,624 sanctioned.


The state government has set up a rural industrial park in Gauthan itself. Besides processing the minor forest produce, the women are making cookies, pickles, household items and artwork from bamboo.


Paint from cow dung is a new concept. The exact number of Gauthans manufacturing paints could not be ascertained as setting up the units was in progress, said officials.


However, schools in the periphery of the Gauthans manufacturing the paints would get the product on a priority basis.


The officials said the state government had taken measures to enhance production.


The Khadi and Village Industries Commission (KVIC) also inked a memorandum of understanding with the Chhattisgarh government for setting up 31 prakritik paint manufacturing units.


The state government would set up the units, for which technology transfer agreements have been signed with KVIC.


The KVIC has launched ‘Khadi Prakritik Paint’, using cow dung as a raw material. The paint is claimed to be non-toxic, having anti-bacterial and anti-fungal properties, as well as being eco-friendly.


Moreover, since cow dung is the main ingredient in this paint, the product is also cost-effective. The paint has been made odourless, as well.


Khadi Prakritik Paint was launched only after it received a certification from the Bureau of Indian Standards. The paint has been launched in two variants — distemper, priced at Rs 120 a litre, and emulsion, with a price tag of Rs 225 a litre.