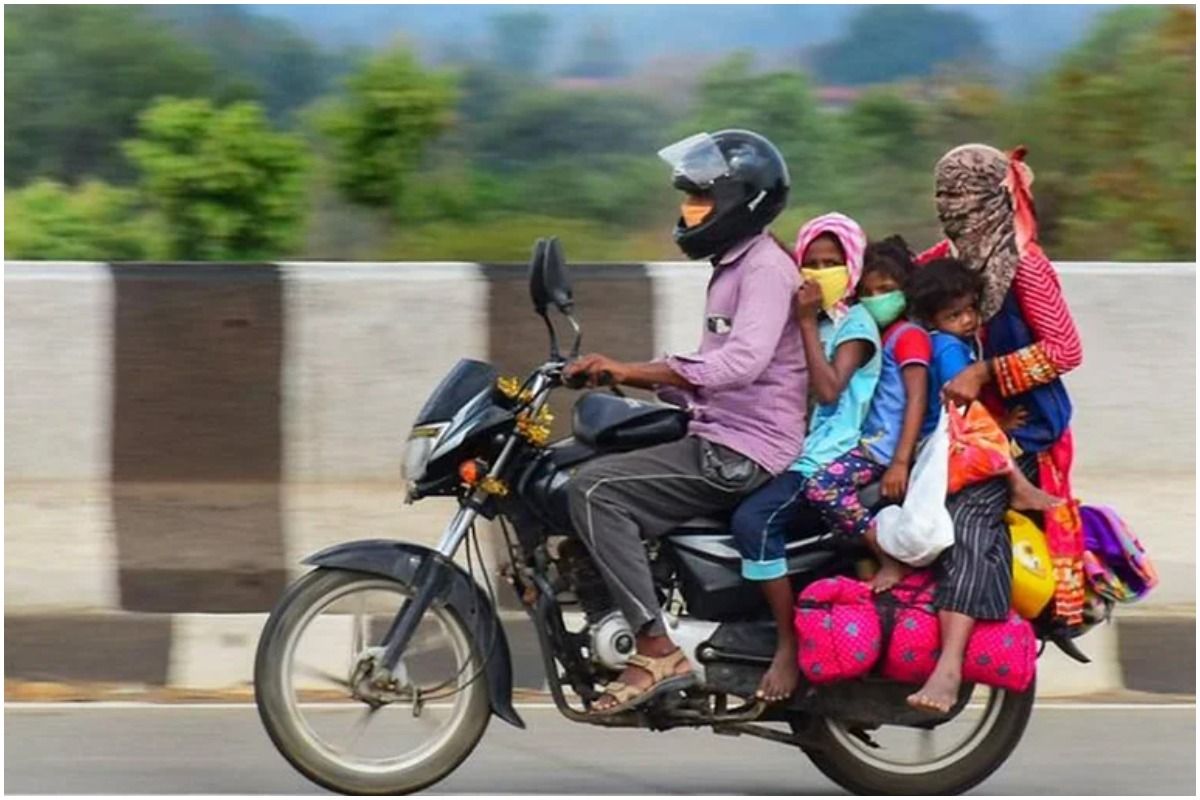 New Delhi: Like several other states and union territories, Puducherry has also made helmets compulsory for those travelling pillion. This comes as Puducherry has seen a rise in fatal accidents in the recent past. Transport Commissioner A S Sivakumar said a notification has been issued making it compulsory for two-wheeler riders to put on helmet.Also Read – Puducherry Shuts Classes For Standards 1 To 8 As Influenza Cases Rise

In a press release on Saturday, he said those riding two-wheelers without wearing helmets and those sitting pillion without using helmets would be levied a fine of Rs 1,000 each for first time violations. The driving licences of defaulters would also be suspended for three months. Also Read – LKG, UKG Classes Too Shut In Puducherry Following Increase In ‘Flu’ Cases

Besides not wearing helmets, those found to be using mobile phones while riding the vehicles would also face penal action. It may be mentioned that helmet wearing has not been compulsory in Puducherry till now. Also Read – Class 8 Topper Poisoned To Death By ‘Jealous’ Mother Of Classmate Who Secured Second Position

Sivakumar said road accidents have been on the rise in Puducherry. He said 3,410 accidents occurred on the roads in the UT between 2019 and 2021. The Transport Commissioner said 445 two-wheeler riders have died in the accidents and they were found to have driven the vehicles without using helmets.

He said in the last four days, four persons riding two-wheelers were killed in road accidents in Puducherry, including one boy who succumbed to head injuries in Karaikal. All these victims were found to be riding two-wheelers without donning helmets.
Sivakumar said 181 people who had not used helmets died in road accidents between 2021 and 2022 in the UT.

The government has now come out with a slew of measures to ensure that two-wheelers compulsorily use helmets, henceforth. Sivakumar said those approaching the Transport Department to get driving licences should come with helmets for the tests. Showrooms showcasing two-wheelers like scooters and motorcycles should compulsorily sell helmets of good quality to vehicle buyers.