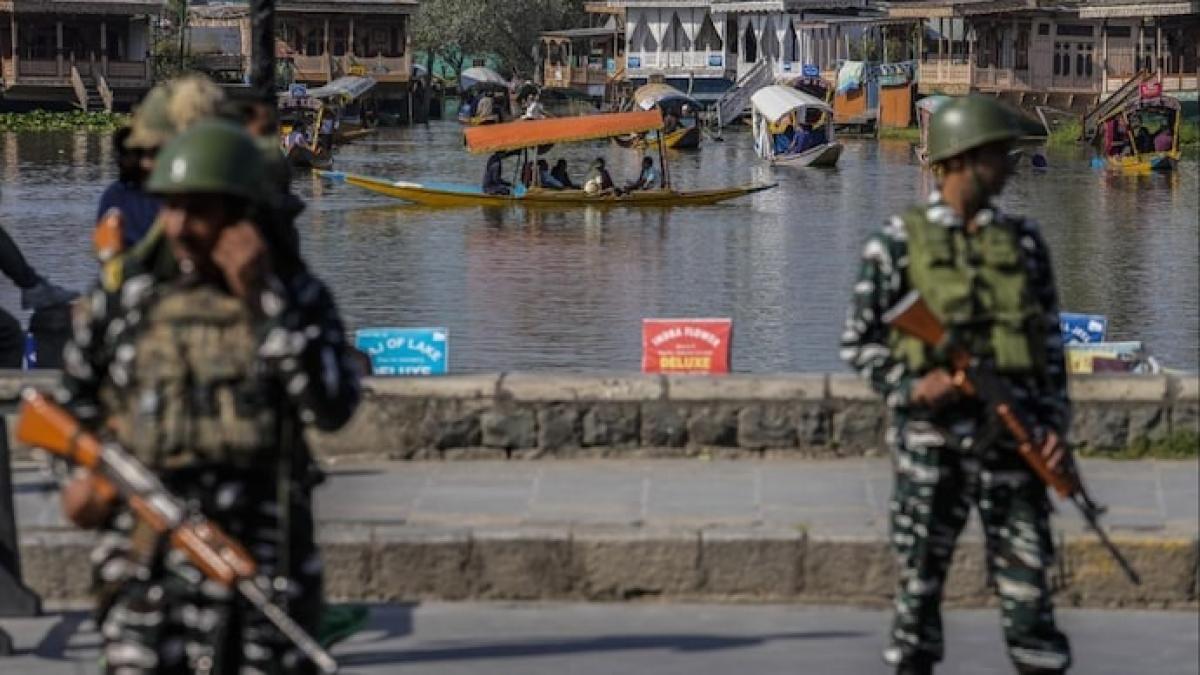 India on Saturday rejected the position held by Germany on the outstanding issue of the Kashmir dispute between India and Pakistan.

Paramilitary soldiers guard as tourists pass in a boat at Dal Lake in Srinagar, Jammu and Kashmir. (Photo: AP)

By Geeta Mohan: India on Saturday rejected the position held by Germany on the outstanding issue of the Kashmir dispute between India and Pakistan.

While German Foreign Minister Annalena Baerbock, during a joint press conference with her Pakistani counterpart Bilawal Bhutto Zardari in Bonn, called for the “engagement of the United Nations” in the situation in Jammu and Kashmir, New Delhi reacted sharply, raising objections to the comments made by the German minister.

“Germany has a role and responsibility with regard to the situation of Kashmir. Therefore, we support intensively the engagement of the United Nations to find peaceful solutions in the region,” Baerbock said.

Rejecting UN intervention, in a statement issued on Saturday, Ministry of External Affairs (MEA) spokesperson Arindam Bagchi said, “All serious and conscientious members of the global community have a role and responsibility to call out international terrorism, especially of a cross-border nature.”

He further added, “The Indian Union Territory of Jammu and Kashmir has borne the brunt of such a terrorist campaign for decades. This continues till now. Foreign nationals have been victims there, as also in other parts of India. The UN Security Council and FATF are still pursuing Pakistan-based terrorists involved in the horrific 26/11 attacks.”

Our response to media queries on comments regarding Jammu and Kashmir during recent joint press conference of the Foreign Ministers of Germany and Pakistanhttps://t.co/sZZ88zfQVa pic.twitter.com/K3hqhLZbjM— Arindam Bagchi (@MEAIndia) October 8, 2022

India’s response was to direct the European nation to the problems of terrorism that emanate from Pakistan and the need to first address that before looking into the long-standing dispute between India and Pakistan which has to be resolved “bilaterally”.

“When states do not recognise such dangers, either because of self-interest or indifference, they undermine the cause of peace, not promote it. They also do grave injustice to the victims of terrorism,” Bagchi added.