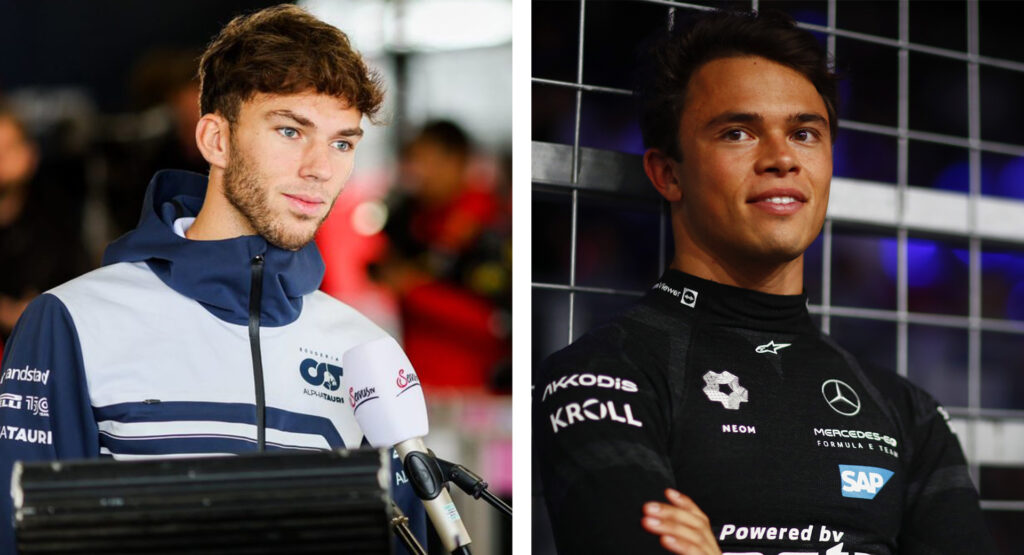 The pieces are finally starting to come together for the 2023 Formula 1 grid, as it has now been announced that Nyck De Vries will enter the sport with AlphaTauri while Pierre Gasly makes the jump to Alpine.

To recap, this whole silly season fiasco began when Sebastian Vettel announced his retirement back in July. This subsequently prompted Fernando Alonso to move from Alpine to Aston Martin, which then left a vacancy at Alpine.

That spot was supposed to be filled by an incoming Oscar Piastri, but he ended up replacing Daniel Ricciardo at McLaren. Looking for a way to progress his career and leave the Red Bull bubble, Pierre Gasly decided to snag the second seat at Alpine, making for an all-French lineup at the French team alongside Esteban Ocon.

All of this left an open seat at AlphaTauri with no immediate options to fill it. Enter Formula E champion Nyck De Vries, who substituted for an ill Alex Albon at Williams during the Italian GP weekend. De Vries, who had never participated in an F1 race prior to this, managed to outperform three-year Williams incumbent Nicholas Latifi in a car he had mere hours to get used to, and actually matched the team’s highest points finish of the season in the process. Naturally, this caught the eyes of some teams with open seats, and it was at that point that he was picked up by AlphaTauri.

The final open seat for 2023 is at Williams, who will be parting ways with Nicholas Latifi at the end of the season. One option is that either Mick Schumacher or Daniel Ricciardo could take it, as the former’s contract is expiring at the end of this season (without any guarantee of renewal), and the latter is without a contract altogether. Another potential outcome is that Williams Academy driver Logan Sargeant could take the seat, which would make him the only American driver on the grid assuming he gets enough super license points to qualify.

It seems we’ll find out everything soon enough as the 2022 F1 season is coming to a close in just four races’ time, which means teams will have to begin finalizing their driver lineups for next year.