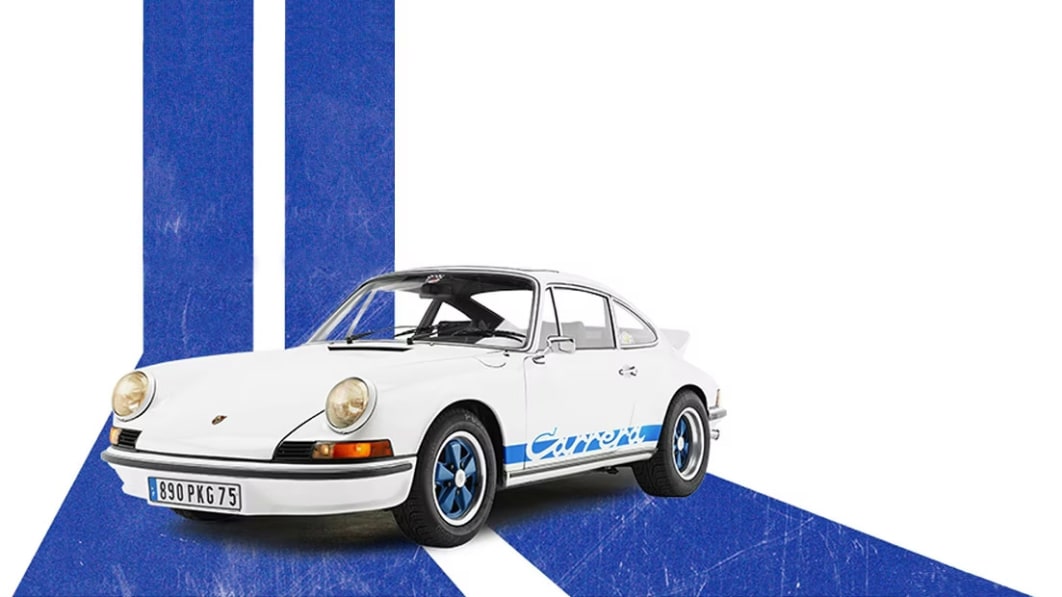 The Porsche 911 Carrera RS 2.7, a pivotal model in the brand’s history, is celebrating its 50th birthday this year. It’s already gotten a Puma shoe collab that sold out in 24 hours and an appearance package homage for the current the 911 GT3 RS. Now there’s a wristwatch tribute as well, released on the same day five decades after the car, courtesy of long-time Porsche partner TAG Heuer.

Introduced in October 1972, the 911 Carrera RS 2.7 was a car of many firsts. It was the first 911 to bear the Carrera name, meaning “race” in Spanish and named after the Carrera Panamericana. It was the first 911 to feature a spoiler, a modest upturn on the engine cover that came to be known as the ducktail. It was the first Porsche to come with staggered wheels, with rear Fuchs measuring one inch wider than the fronts and forcing the bodywork to flare out at the back as well. Upon introduction it was Germany’s fastest production car at the time and became the first car to accelerate from 0-100 kph (0-62 mph) in under six seconds according to Auto, Motor und Sport magazine.

The TAG Heuer Carrera X Porsche RS 2.7 comes in two limited edition flavors. A white and blue version replicates the iconic Grand Prix White and blue stripes of the road car. It features a stainless steel case matched with a NATO strap that features the signature Carrera script which adorned the sides of the car.

The rarer white and red variant uses an 18K 5N rose gold case mated to a red alligator leather strap. Both feature the Carrera script on the 9 o’clock edge of the case, as well as Carrera branding on the watch face.

The Carrera RS 2.7 was the result of a homologation program to qualify the 911 for FIA Group 4 racing. Porsche’s aimed to create a race car civilized enough to be a daily driver, improving aerodynamics, reducing weight and boring out the flat-six to 2.7 liters for 207-horsepower. They initially created 500 units, but the formula proved so successful that they built an additional 1,080 including 200 ultra-light weight variants.

Like the cars, the timepieces are of limited production as well. The blue one is limited to 500 units and retails for $7,750. The red one will see just 250 units and costs $23,550. Speaking from the viewpoint of car enthusiasts rather than a watch collectors, we think the white and blue with stainless steel case captures the spirit of the original car better, and the fact that one can buy a pretty decent used car with the nearly 16 grand saved is just a bonus. These prices may seem steep, but with prices of actual Carrera RS 2.7s hovering around $600,000 for a Touring spec and $1 million for a Lightweight, the watches don’t seem that bad.