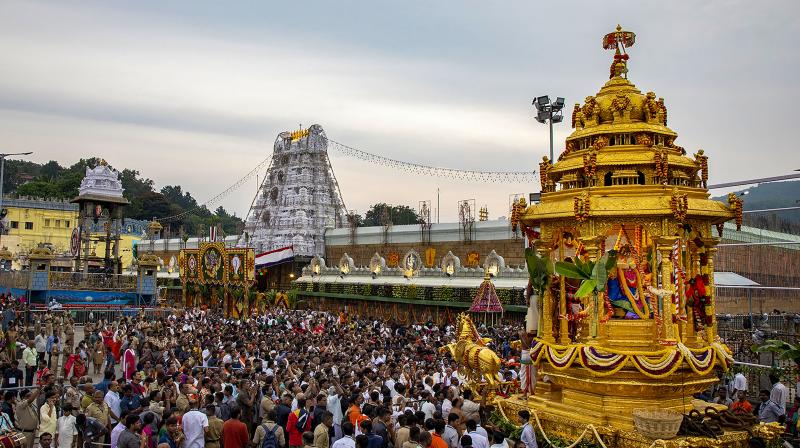 TIRUPATI: The world’s richest Hindu temple, the Lord Venkateswara shrine atop Tirumala, received a record income of Rs 782.69 crore in cash offerings (kanukas) from devotees for the Srivari Hundi in the six months since April this year.

The temple trust board had hoped to earn a major chunk of its income from the hundi and made a budgetary estimate of Rs 1,000 crore for the 2022-23 financial year. It has, by now, earned nearly 78 per cent of the estimated collections though three more months are left for the completion of the year.

Giving details of the collections, TTD executive officer Dharma Reddy said on Sunday that the hill temple has been witnessing an unprecedented pilgrim footfall ever since the Covid-19 restrictions were eased in March this year.

The temple received Rs 122 crore as monthly collection through the Srivari Hundi in September, while the previous month, August, saw the temple’s hundi collecting Rs 140.34 crore, the highest ever in the history of TTD.

As per the official statistics, the income through the cash offerings in the hundi was Rs79.39 crore and Rs 79.34 crore in January and February this year respectively.