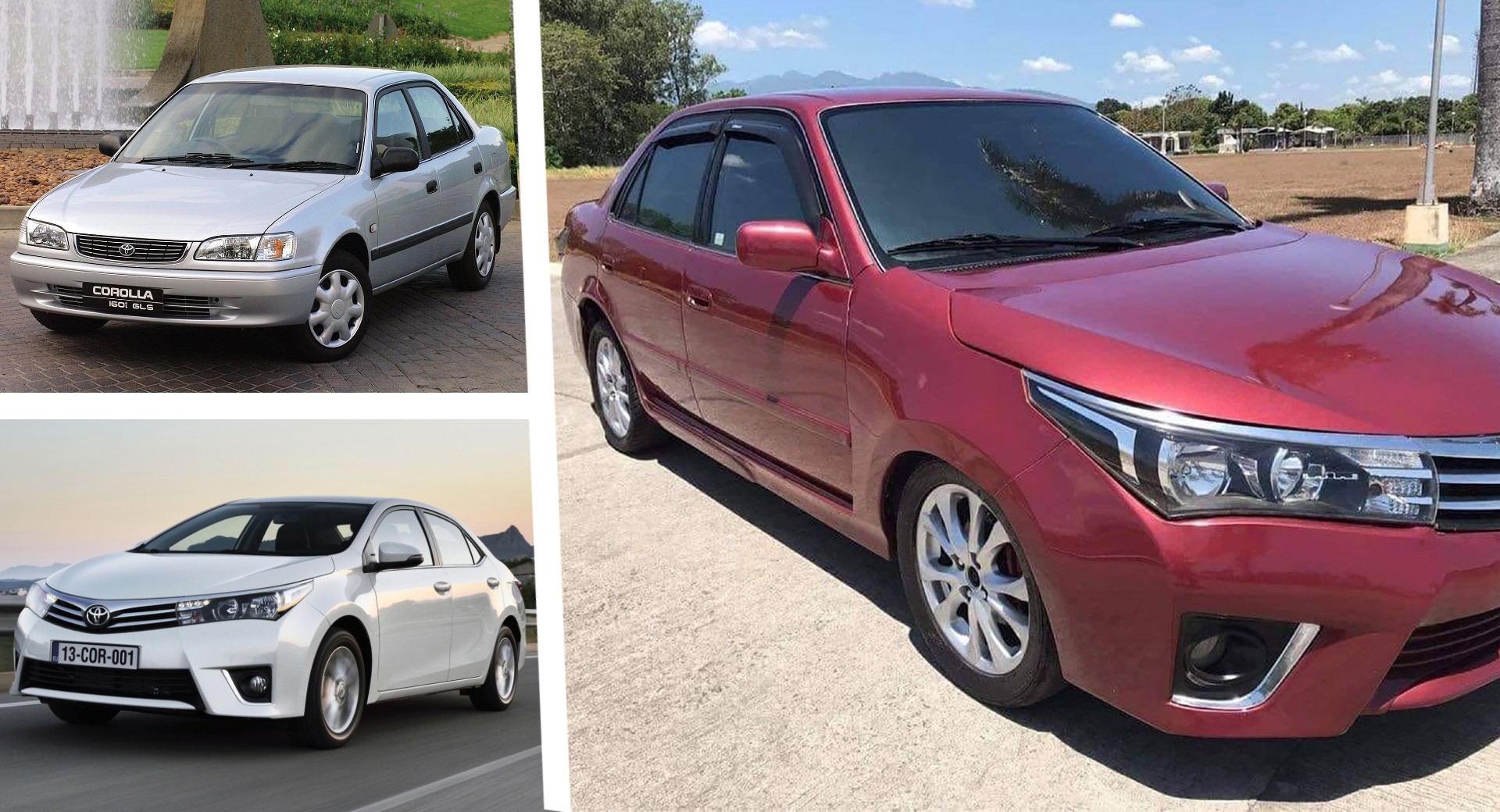 What can you do when you want the newer model but you’re stuck a few generations behind and you’re short of budget? A Toyota Corolla owner from the Philippines found a solution to that problem by converting his eighth-gen model to an eleventh-gen lookalike.

As you can tell from the greenhouse and the interior, the mashup is based on a Toyota Corolla E110 sedan which was originally introduced in 1995 and remained on sale until 2004 in the Philippines. This specific example was bought in 2001, it is fitted with a 1.6-liter four-cylinder petrol engine producing 109 hp (81 kW/ 110 PS) and has 180,000 km on the odometer. It is however the extensive visual modifications that make it quite special.

See Also: Confused BMW 328i Convertible Is An E36 And E46 Mashup

The bespoke facelift done by the owner includes the genuine headlights, grille, front bumper, and bonnet from the much more recent Euro-spec Toyota Corolla E170 (2013-2019). The notable differences in size and proportions between the two Corolla generations meant that a lot of work was required in order to make the transplant work, including the fitment of bespoke front fenders and wider side sills.

Among the challenges of this conversion is that the bonnet of the eleventh-gen Corolla is longer than the eighth-gen model, which is why there is a large offset between the shutline and the windscreen. Also, the newer model is wider, something that is visible on the front tracks.

See Also: The R34/R35 Skyline GT-R Mashup Is Complete And Costs Less Than You Might Expect

While most people would likely stop in the face transplant, the owner of this Corolla went a step further by changing the tail as well. Here the result is less convincing, since the tailgate of the old sedan is longer and boxier than the newer model making the fitment of genuine parts impossible. Thus, a set of aftermarket taillights were integrated into the revised trunk which retains the old spoiler lip and license plate holder. The bespoke bumper is also trying hard to replicate the more recent design language.

We found the car on a Toyota Corolla fanmade group on Facebook, where it was listed for sale. Some commenters loved the result, while others prefer the stock 2001 model. Would you ever try to infuse styling cues from a newer generation into your old daily?