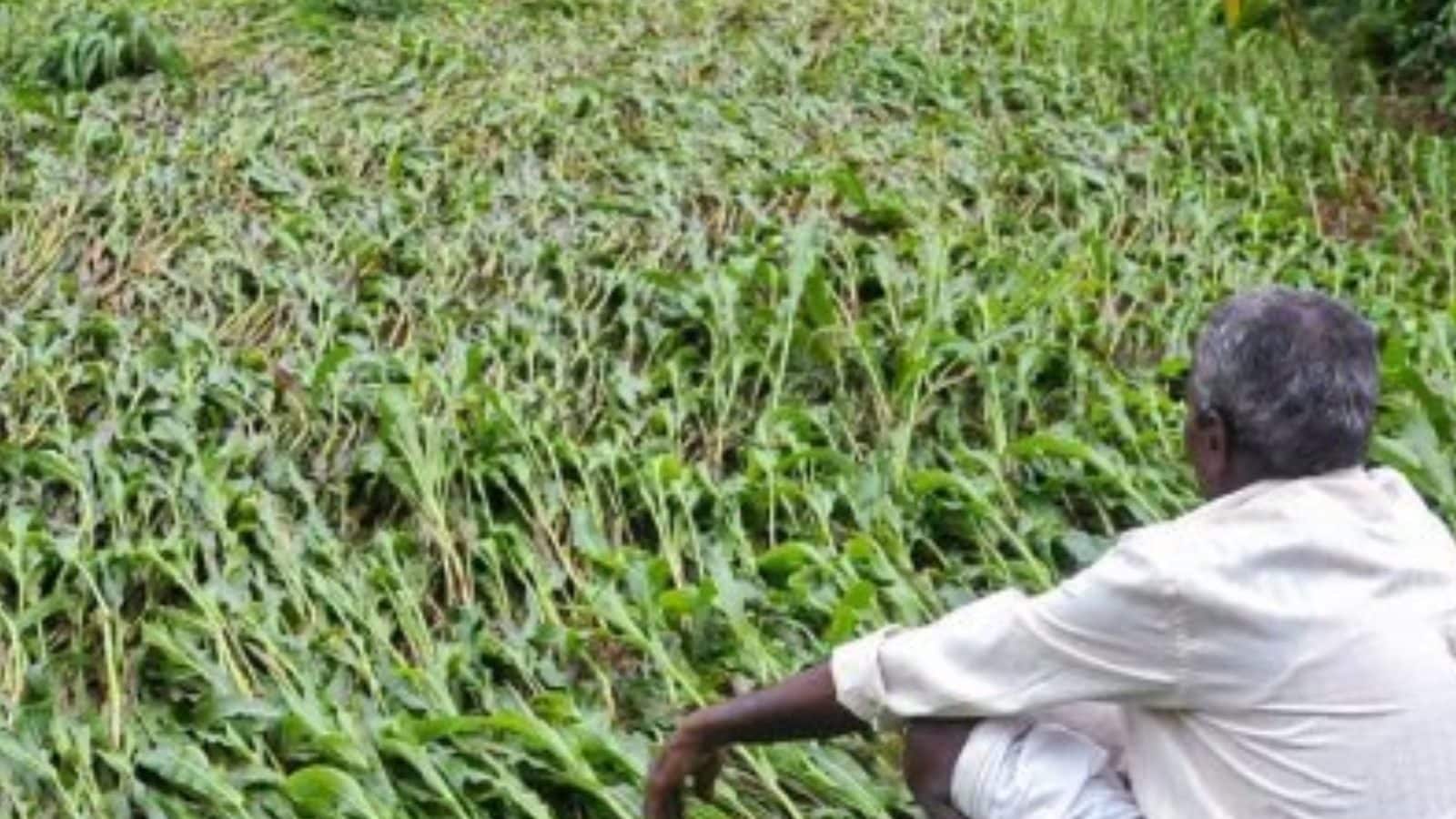 Even as Chief Minister Yogi Adityanath has directed officials to take measures to provide assistance to farmers hit by the adverse weather conditions, many believe the efforts might be too little, too late. The excess rainfall led to waterlogging in cities and towns across the state but proved worse for farmers in rural pockets. The rains inundated the fields, causing damage to standing paddy, maize and newly cultivated potato crops. Millets like bajra and pulses like Urad have also been affected.

Surendra Pathak, a potato farmer in Etawah, said, “We sow the early potato varieties by the end of September. But this year, around seven hectare of our potato farm has been affected by heavy rains. The fields are filled with water which causes rotting of the sown potato tubers.” Pathak said if excess rains continued, it would prove harder to sow the late variety of potatoes. Etawah recorded 81 mm of average rainfall in the first week of October which is 876 per cent more than the long period average (LPE) of 8.3 mm.

Gonda district recorded 248.6 mm rainfall in the same period which is 883 per cent higher than the long period average of 25.3 mm. Prabhat Kumar, a marginal farmer, is worried about his paddy crop. “My standing crop of paddy has fallen to the ground due to heavy rains. I fear that at least half of my crop has been destroyed, and all of it will be lost if the weather doesn’t improve in the coming days,” he said.

Officials at the district level are conducting surveys on the direction of the state government to assess the damage caused due to heavy rains across Uttar Pradesh. Relief Commissioner of Uttar Pradesh Prabhu Narayan Singh said, “The rains recorded in the state have been excess as compared to the LPA. We have asked the districts to submit data related to the impact of rains on farmers and their crop. The damage done to the crops is also being assessed.” Singh declined to comment on the scale of the damage to crops across the state. “We will be in a better position to comment on the damage once we have the data, which is expected by next week. However, the district authorities have been advised to take all measures to provide assistance to farmers in case of crop loss,” he said.

The situation the relief department is dealing with now is in stark opposite of what the situation was almost a fortnight ago. Last month, the relief department was collecting data regarding lack of rainfall during the monsoon. As per IMD data, Uttar Pradesh recorded almost 30 per cent less rainfall this monsoon season (June 1 to September 30). Because of this, 53 of the total 75 districts recorded deficient rainfall. The lack of rainfall too harmed farmers by affecting their Kharif crops.

BJP MLA from Bilaspur Baldev Singh Aulakh said, “Farmers in Rampur and others in the Terai belt, which is known for its paddy cultivation, were affected due to weak and delayed monsoon. The farmers were not able to cultivate the paddy, and if they did, not all of them were able to irrigate the crops properly.” Aulakh has assured the farmers of his constituency who have incurred losses due to the lack of rains of his support. The farmers are, however, loosing hope. “It has been a very miserable year for me so far. Much worse than the coronavirus. I was only able to cultivate half of the paddy than previous years due to less rainfall. That too is in danger because of the recent heavy rains.” Preetampal Singh, a farmer in Shahjahanpur district, rued, “Almost all the farmers have been hit by the weak monsoon this year. Those with small land holdings have been hit worse. The government should do something to help us.” .