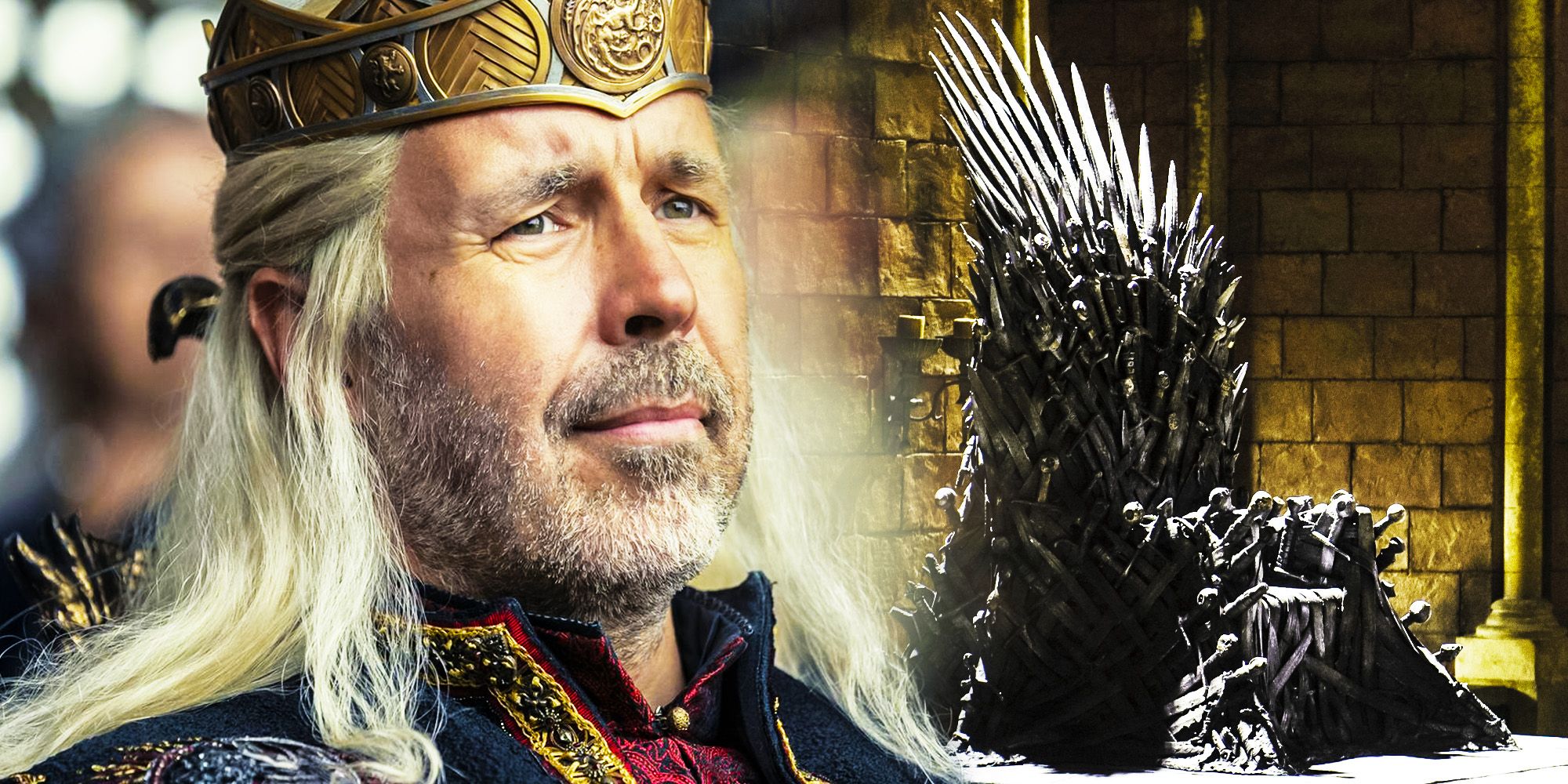 Against all odds and every medical diagnosis, Viserys I Targaryen continues to shuffle his way through each episode of House of the Dragon this season. For a franchise that is well known for killing off major characters in sudden and unexpected ways, it is unbelievable that Viserys I continues to survive well past the point any fans would have guessed. Viewers seem to be waiting for the king to drop dead every scene he’s in thanks to his ever-worsening appearance.

But certainly, no one is complaining. Paddy Considine has played the amiable king of Westeros perfectly and his character has been one of the brightest spots in an excellent show. His sarcastic and jovial nature has led to some funnier and most sardonic lines in the series with his ability to burn others with a quick quip almost matching up to Tyrion Lannister in Game of Thrones.

Visery I is not an easy man to rattle. He rarely becomes irate when given offense and instead uses humor and sarcasm to lessen the blow of an insult. When Corlys Velaryon “speaks plainly” about the difficulties of Viserys’ reign. The king’s sarcastic response is a perfect way to respond to the accusations.

Related: Best Daenerys Quotes From Game Of Thrones That Outline Her Relationship With Her Dragons

Corlys is a powerful ally, and speaking the truth, so it would not pay for Viserys to take offense. His sarcastic and self-deprecating line lets Corlys know he will continue hearing the Sea Snake out, but is not unaware Corlys is getting close to crossing a line.

Though Viserys could afford to be more assertive most of the time, he still makes his wishes known and doesn’t accept back talk. When Daemon claims he was only protecting the city with his army of gold cloaks, Viserys smacks down that reasoning immediately.

Daemon can mince words as much as he likes but Viserys cuts right through to the problem and calls out what Daemon did for what it was. His city watch mutilated many citizens of King’s Landing in the name of justice but Viserys reminds him that maiming and justice aren’t always the same thing and shuts Daemon down.

Otto Hightower may be one of the most calculating characters in House of the Dragon, but Viserys is not so blind that he cannot see he has been manipulated by the hand. Viserys removes Otto from his position and then lays down this burn at the Lord.

This is such a powerful burn because it seems to actually hurt Otto. Viserys talks about how Hightower had been selected for the position many years ago for Jaehaerys I and served faithfully and then throws this insult at him. For all of Otto’s machinations, he does seem to think he is doing what’s best for the realm and the king, so to be called a turn cloak would certainly hurt his pride.

Viserys is a loving father and king and while he’s often a pushover on some things, he is still known to take a strong hand on certain subjects, something some fans misunderstand about Viserys. Rhaenyra is not one of those subjects. She is willful and proud and Viserys is quite aware of that.

The Black Dread, refers to the greatest dragon to ever come to Westeros, Balerion, who Viserys once rode. Comparing his daughter to the dragon is both a burn and a compliment. Calling her both powerful and frightful at the same time.

Even when Viserys is doing his duty as king and trying to behave as one should, he can’t help but snipe at those who displease him. Jason Lannister offers himself to Viserys as a suitable candidate for Rhaenyra’s hand and like many Lannisters he is boastful and full of pride.

Related: Milly Alcock’s 10 Best Quotes As Young Rhaenyra In House Of The Dragon

And even though he would be a powerful match for the princess, this arrogance does not escape Viserys who makes this snide comment to Otto as the suitor departs. Viserys knows vanity when he sees it, and how quickly he throws shade at the lord is very funny.

The reign of Viserys I Targaryen is marked by his cautious manner and desire to avoid conflict of any kind in his realm. But even someone as amiable as he can’t help but get frustrated with the one kingdom in Westeros that has not bowed to the Targaryens.

Aegon the Conqueror never subjugated Dorne and since then they have gone from enemy to ally to fair weather friend. When they break a peace-pact with Viserys, the king uses it as an opportunity to throw some shade at the ruling Martell house as liars and cheats.

“… free of conditions, are they?” Viserys has more reason than most to be annoyed by the maesters of the citadel. Throughout the first season, it seems like there is always at least one of these “doctors” burning him, draining him, or leeching him. It’s a wonder he has any patience with them at all. And any Game of Thrones fan will be well acquainted with the wishy-washy advice of the maesters.

So it is laugh out loud funny when Viserys burns his head maester with this quote. The maester is unable to tell Viserys when his child will be born, and this must not be the first time Viserys heard a non-answer from his servant. His sarcastic remark sits the head maester down and shuts him up for the rest of the council meeting.

Being called a plague is pretty harsh, but for Daemon Targaryen, hearing that he is no conqueror from his brother probably burned even worse. In this episode, Daemon has asked to wed Rhaenyra and take multiple wives like Aegon the Conqueror before him.

Viserys spits out the response so quickly it’s almost as if he has had it saved. Every Targaryen would like to compare themselves to the greatest of their lineage and to hear from a close brother that you are the opposite, is a devastating burn indeed.

Otto Hightower and Daemon Targaryen are at each other’s throats so often that Viserys barely acknowledges their feud, he considers it just a normal part of courtly life at this point. But that doesn’t mean Viserys’ lets his Hand get away with saying half-truths.

Otto, for the umpteenth time, tries to turn Viserys against his brother. This time by bringing up Daemon’s growing power and army of Gold Cloaks that are a threat to the crown. Viserys, without skipping a beat, reminds Otto that it was he who made Daemon commander of the City Watch in the first place, making this an Otto problem, not a Viserys one.

Jason Lannister receives the majority of Viserys’ burns for good reason; he is as pompous and arrogant as his last name implies. So when Rhaenyra says the same about the Lord of Casterly Rock, Viserys takes it as an opportunity to burn his daughter and her suitor.

The young princess complains to her father about Lannister and mentions some of his less desirable qualities including his pride. Viserys throws the match right back in her face saying that this is exactly the reason it would, they have that in common. Viserys is not above slamming his own daughter and putting her in her place.

Next: Daemon’s 10 Harshest Burns Toward His Brother In House Of The Dragon