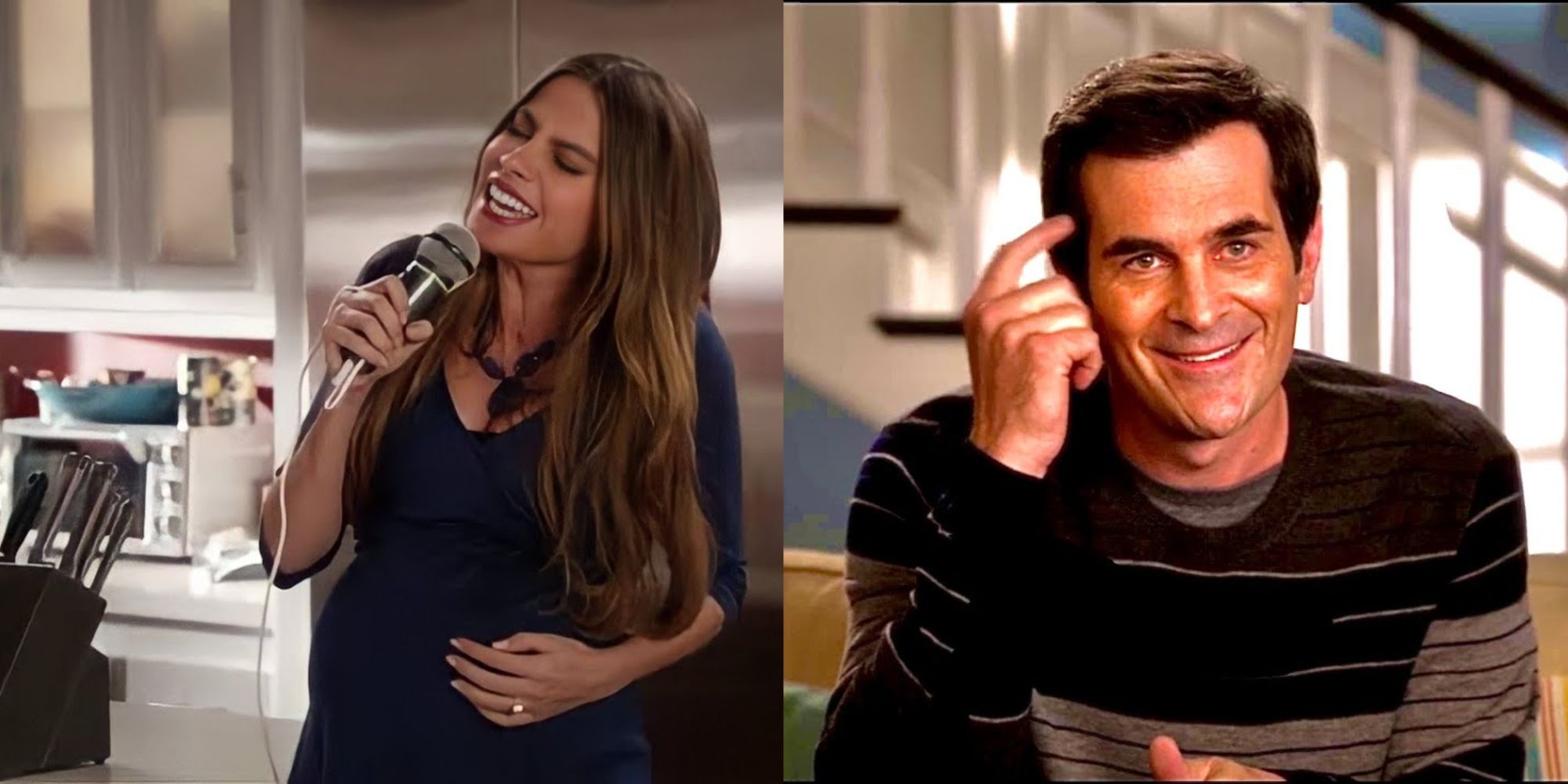 Modern Family ended over two years ago, but several cast members were recently in the same place when cast member Sarah Hyland finally tied the knot with long-time partner Wells Adams. Even after coming to an end, the show continues to be beloved by fans and the cast.

There are so many unique, lovable, memorable relationships in the show, but one that stands out is the dynamic between Gloria and Phil. What starts out as an awkward connection evolves into a beautiful, sweet, helpful, friendship that includes wild adventures and even some moments of mentorship. No matter what phase they’re in, the quotes from each of them are funny and sweet.

In the very beginning of the series, Phil was horribly awkward and inappropriate when it came to Gloria. He’d make a bunch of jokes and comments in front of Claire that made his attraction to Gloria super clear, and it’s pretty cringy for a while.

Related: Every Season Of Modern Family From Worst To Best, According To Ranker

In the season 2 episode “Princess Party,” Gloria and DeDe get into a fight and Phil gets in the middle of it and grabs onto Gloria while yelling this. It’s silly and ridiculous and a good demonstration of the awkwardness of their relationship at the time. This is referenced at the end of the season when he is reminded by a former foe just what a catch Claire is, and he then is yelling “I’ve got Claire!”

One of the best parts of their relationship once it becomes more normal is when Gloria tries to help Phil learn more about women or be a better partner to Claire. She sometimes helps give him advice.

At one point, he is backtracking through the day to try to figure out what he did to upset Claire, and Gloria finds things that went wrong or would have set her off at every turn, including taking down a message on a tiny corner of ripped paper. Being dramatic and hyperbolic sums up her personality, and her intensity is hilarious and adds so much to their friendship.

There is a mutual teaching element within their friendship. Just as Gloria helps Phil to better understand women and learn some things about being a better partner, Phil teaches Gloria new skills, including bike riding and roller skating.

He makes up this ridiculous learning device to remind her to keep breathing with her arms loose, chin up, and butt out. He is a very encouraging and patient teacher who is excited to help Gloria learn new things, and even though she gets scared, she ultimately trusts him a lot, which is very sweet.

Gloria isn’t the only one who gives nice, sweet pep talks, and Phil is a natural at them. When they’re in Gloria’s old hair salon she used to work at, she starts to worry that she’s become too disconnected from her old life and self.

Related: 10 Facts In Modern Family That Were Later Contradicted

Phil knows just the right things to say, commenting on how well she raises Manny and Joe, and how she cares for Jay. He picks her back up while also showcasing that he is an attentive friend and son-in-law who really sees her for all that she is. They make quite a supportive team for each other.

The two become really good friends throughout the series. They have a great understanding of each other and will stand up for each other to others. With this line, Gloria is standing up for Phil in a conversation with Haley, and it’s a little over the top because she thinks Phil is dying at the time.

Even though it’s all exaggerated and Phil’s health is okay, this episode is a great example of how much Gloria really cares about him and will go to bat for him when something is wrong. While some have unpopular opinions about Gloria, she is a big sweetheart.

There are a lot of unpopular opinions about Phil and whether he’s right for Claire. Some of this probably stems from how Phil acts around Gloria. Eventually, Phil catches on that having a thing from Gloria is weird, and the jokes die down over time. While they’re not completely over by the season 1 finale when Gloria and Phil end up on the Kiss Cam, this line at least indicates that Phil knows it’s weird to have a thing for Gloria.

At least this scene is a demonstration of Phil trying to wave off the chance to kiss Gloria when the Kiss Cam lands on them. It’s surprising that Gloria is the one to go for it, but she is also somehow less weird about it than Phil.

In the season 3 episode “Egg Drop,” Phil gets really mad at Gloria after she doesn’t help him with his presentation like she was supposed to. This is when Phil finds out that Gloria takes people getting mad at her as an expression of love. When he says he’s not mad anymore, she gets upset, so he has to say he’s furious again.

Related: The Best Quote In Each Season Of Modern Family

This is exactly what she wants to hear as she embraces him with a hug and calls him family. Gloria is incredibly passionate about her family and Phil is a part of that. This scene is an amazing example of them finding their footing in their relationship and dynamic after Gloria comes into the family, which seems to be a recent event when the series starts.

3/10 “I Think This Is Your Mother Trying To Tell You That The Rest Of The Trip Is Going To Be Magical.”

Phil has a lot of funny storylines on the show. The Australia episode of Modern Family in season 5 is an adventure. So many things go horribly wrong for Phil, and he keeps feeling beaten down throughout the episode as bad things just keep happening.

Luckily, Gloria is there with kind words and a moment of sweetness when he needs it, but ultimately he gets punched by a kangaroo afterward. At least it’s a nice moment between friends leading up to that point.

While there are plenty of sweet Gloria and Phil moments, the best Gloria and Phil scenes are ones where they are teamed up as a more chaotic duo. This happens when Phil helps Gloria confront and then go after the old lady who stole her sauce.

Phil gets wrapped up in the heat of the moment and repeating after what Gloria is yelling in Spanish, but she has to translate for him that she’s actually telling him to drive and chase the lady down so that they can confront her with more proof. They’re incredible when they’re on a mission together.

1/10 “Gloria’s Gift Is That Special. A Generational Real Estate Talent.”

By the end of the show, Gloria has decided that she wants to go into real estate, and she has Phil as her teacher and mentor. It’s an awesome new dynamic and layer for one of the most lovable duos of the show.

There are some growing pains in figuring out how to work with each other in this way, including Phil being too hard on Gloria, and it hurt her feelings, but they ultimately make a really great real estate team, and it’s a nice, elevated example of Phil teaching Gloria a new skill, now on a professional level, and pushing her, so she would get the best out of her talents.

Next: What The 10 Main Actors Are Doing Next After Modern Family