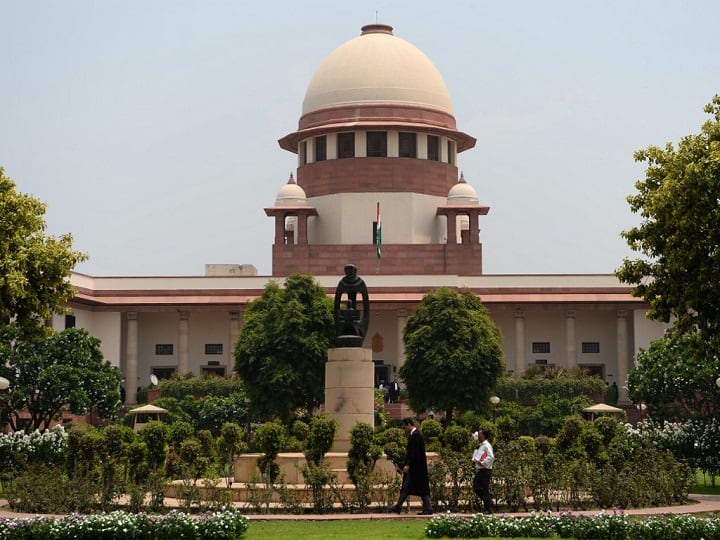 New Delhi: The Supreme Court Monday sought responses from the Centre and others to a plea seeking to declare all forms of “unilateral and extrajudicial” divorce among Muslims including ‘Talaq-e-Kinaya’ and ‘Talaq-e-Bain’ as void and unconstitutional. A bench of Justices S A Nazeer and J B Pardiwala issued notices to the Ministry of Law and Justice, Ministry of Minority Affairs and others while seeking their replies.

The top court was hearing a plea filed by Karnataka-based Syeda Ambreen asserting the practices are arbitrary, irrational and contrary to fundamental rights to equality, non-discrimination, life and freedom to practice religion.

The petitioner has also sought a direction to the Centre to frame guidelines for “gender neutral and religion-neutral uniform grounds of divorce and uniform procedure of divorce for all citizens”.

The petition contended Talaq-e-Kinaya, Talaq-e-Bain and other forms of unilateral and extrajudicial talaq are an “evil plague similar to sati” that continue to trouble Muslim women and pose extremely serious health, social, economic, moral and emotional risks.

“It is submitted that religious officers and priests like imams maulvis, kazis etc. who propagate, support and authorise the Talaq-E-Kinaya and Talaq-E-Bain and other forms of unilateral extrajudicial talaq are grossly misusing their position, influence and power to subject Muslim women to such gross practice which treats them as chattel, thereby violating their fundamental rights,” the plea said.

The petitioner said in January 2022, a pre-filled letter from the ‘kazi’ office was received in which vague allegations were made. It was stated on her husband’s behalf that due to these conditions, it is not possible to continue this relationship and she is relieved of the matrimonial relationship.

“These words are called Kinaya words (ambiguous words or unclear form eg. I free you, you are free now, you/this relation is haram on me, you are separated from me now, etc) through which Talaq-e-Kinaya/Talaq-e-Bain (instantaneous and irrevocable and extra-judicial form of talaq, in single sitting, either pronounced or in written/electronic form) is given,” the plea said.

(This report has been published as part of the auto-generated syndicate wire feed. Apart from the headline, no editing has been done in the copy by ABP Live.)