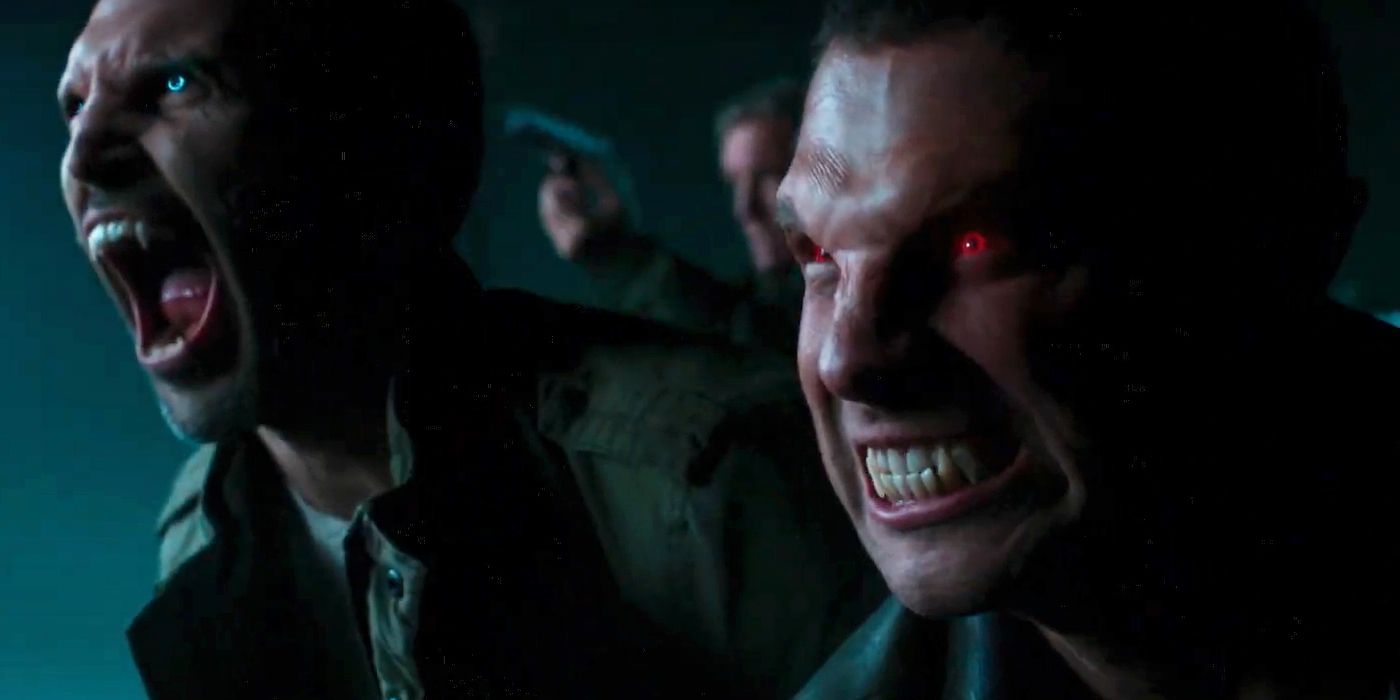 Ever since the news came out in September 2021 that MTV’s Teen Wolf series would indeed have a feature film revival, fans of the show were thrilled to know that some of their favorite characters (even a few that died in the series) would be back together. Although the teen show came to an end in 2017, Paramount+ has inked a multi-year deal with Jeff Davis, Teen Wolf‘s creator, to work on a continuation of the story. From social media posts featuring behind-the-scenes shots to juicy details that were revealed at the 2022 San Diego Comic-Con, here is everything we know so far about the upcoming film.

Editor’s Note: This article was last updated on October 8 to include new footage and the release date.

When Is Teen Wolf: The Movie Coming Out?

We finally do! Teen Wolf: The Movie is set to arrive on Paramount+ on January 26, 2023! Filming took place from March 21 to May 13, 2022, meaning that the film is currently in the post-production stage. Here is a tweet that the official Teen Wolf Twitter page shared when the cast and crew wrapped on the movie.

Although a full-length trailer hasn’t come out yet, Tyler Posey, Tyler Hoechlin, and Jeff Davis were at the 2022 San Diego Comic-Con to share a teaser. In it, we see that the film features Scott McCall and his friends as adults ready to fight shapeshifters of all kinds that resurface during a full moon. The clip might be under a minute, but it reveals many exciting details about the film. Check it out in the player above. More footage from the new movie was released at New York Comic-Con on October 7, 2022, along with the release date.

What Is the Plot of Teen Wolf: The Movie?

It might be too early to define what the story will be about, but what we know is that it takes place at Beacon Hills and there has been a time jump from the series finale to the events in the film. According to the Paramount + press release, a few of the supernatural creatures that will make a comeback are the banshees, hellhounds, werecoyotes, and the kitsunes. Other than these shapeshifters, Scott and his allies will face their deadliest enemy to date, the Nogitsune. Although the protagonist and his well-known friend group will be at the core of the narrative as adults, Teen Wolf: The Movie will also follow a new teen wolf to make sure that the name still holds true.

Related:‘Teen Wolf: The Movie’: What is the Nogitsune?

The return of Crystal Reed, who played Allison Argent in the series from Season 1 to 3, was a welcome surprise for fans. Given that the character was killed at the end of Season 3 and shared a tragic heart-to-heart with Scott, her mysterious return from the grave could mean that she might have a great impact on the fight against the enemy. Archery props were spotted, so she is probably not appearing as a ghost. Jeff Davis even said the following to Collider’s Therese Lacson at Comic-Con about Reed’s return:

“It’s not a cameo. She’s a big part of the movie and I think it’s pretty significant seeing her walk away from the burning wreck of a car with arrows on her back. So I don’t want to say too much but she has a lot of fun things to do in the movie.”

Another two interesting names here are Colton Haynes and Ryan Kelley, since both of their characters had little involvement in the final season of the MTV hit. Tyler Hoechlin shared during the Comic-Con panel that he only found out about his involvement in the feature film shortly before the shooting process began. Besides reprising his role as Derek, Hoechlin also produced Teen Wolf: The Movie.

Now, you might be wondering about the iconic name that didn’t come up on the list. Even though Stiles Stilinski was one of the main characters in the series, Dylan O’Brien confirmed to Variety that he made the decision to not participate in the production. The actor went on to say that he is very grateful for the opportunities that came out of this experience and supports the cast in their venture back to Beacon Hills.

As mentioned before, there will be a younger character stepping into this installment as Scott’s successor to the “teen wolf” title. His name is Eli Hale (Vince Mattis) and he is none other than Derek’s 15-year-old son. Hoechlin told US Weekly the following about the father/son relationship we will get to see between Derek and Eli, as well as how it compares to the paternal figure he portrays in Superman & Lois.

“He’s a dad now as well. So that was interesting and fun to play a dad as a different character — things I’m allowed to do there that I’m not allowed to do necessarily with Clark because of who he is and what he really is kind of at his core.”

Another new cast member joining the film is Amy Lin Workman, who will play Hikari Zhang. Although we aren’t sure if she becomes a creature like most of the ensemble, it would be interesting to know more about her involvement in the project once more details are revealed.

Is There More Teen Wolf Content Coming Out in the Future?

While nothing has been confirmed about furthering Teen Wolf into more sequels, Davis said at the Comic-Con panel that there have been discussions about more films in the future. The screenwriter and executive producer is now working on another supernatural project alongside Paramount+ entitled Wolf Pack. The series doesn’t seem to be set within the Teen Wolf universe but has been described as a spinoff so it will definitely be a title to keep in mind for your watch list after the movie comes out. Plus, its cast features none other than Buffy herself, Sarah Michelle Gellar.

Seasons 1-6 of Teen Wolf are currently available to stream on Paramount +, Hulu, and Prime Video.