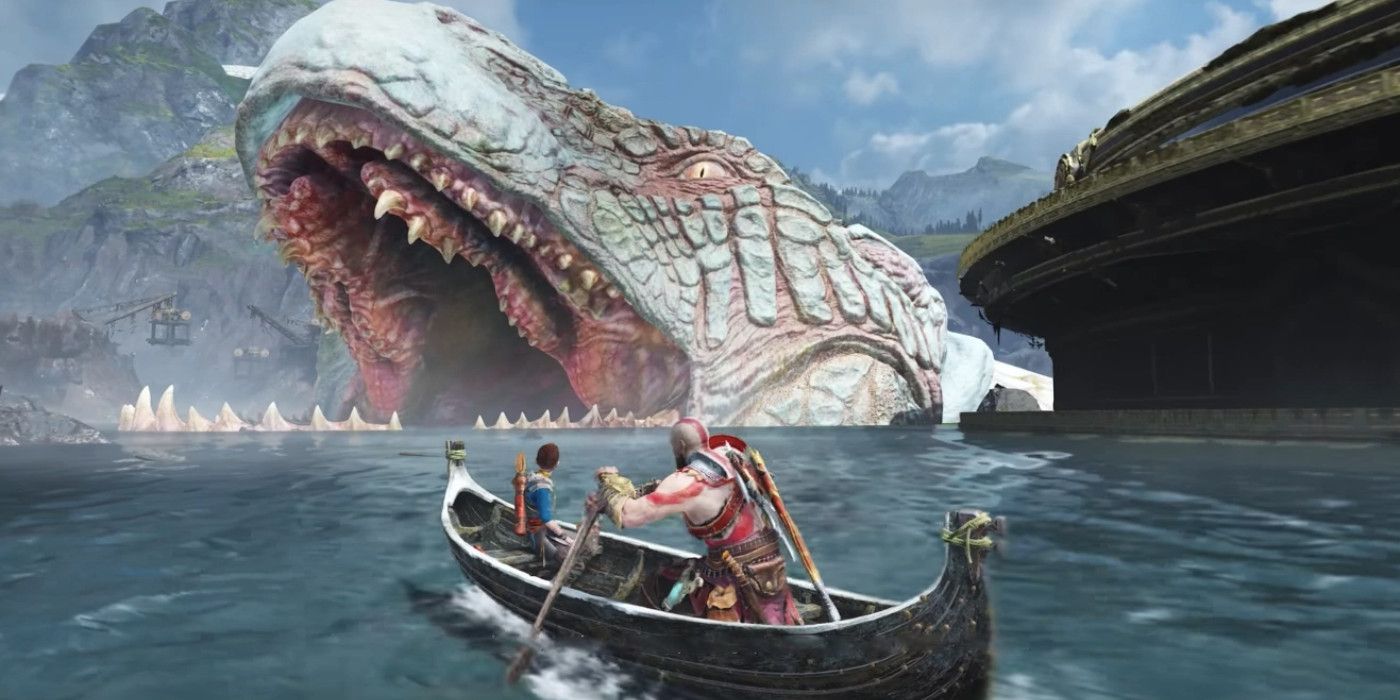 The director of God of War, Cory Barlog, took to Twitter to address one of the biggest remaining mysteries from the original 2018 game.

Although God of War has concluded its story of Norse myth with the release of Ragnarok, some questions still remain, and series director Cory Barlog is promising answers to some of the games’ unaddressed plot threads. As a sequel to the story that started with God of War in 2018, Ragnarok resolved most of the plot points raised by its predecessor, but left a few key questions unanswered, and introduced some new story threads of its own. Although no potential DLC or sequels have been announced, the game’s director has teased answers for questions new and old.

Longtime series director Cory Barlog (via PlayStation LifeStyle) has taken to Twitter, promising answers and debunking fan theories regarding a hotly debated plot point: the identity of the one who blew the horn to summon Jörmungandr in God of War. While some fan theories posited Baldur or even a future Kratos as the culprit, Barlog has seemingly debunked both theories, saying that there is a real answer that exists, but that he isn’t ready to share it. He did, however, promise that an answer would come someday, once he is “coherent enough” for it. While not a direct confirmation of any particular theory, Barlog’s comments point to more future explorations of God of War‘s story.

While no future sequels or DLC expansions for Ragnarok have been announced, Barlog’s statements could certainly be taken as teasing more to come – especially with Ragnarok leaving plenty of other plot threads ripe for exploration. With Ragnarok having set foundations for Kratos’ future, an eventual continuation of the story seems likely, especially with Sony Santa Monica reportedly working on several projects. For the time being, fans will have to contend with Barlog’s cryptic Twitter hints if they’d like to try and solve the mystery.

While Barlog’s statements potentially open up the series to future installments, Ragnarok itself was only recently released, four years after its predecessor, having suffered a delay from its planned 2021 launch. Additionally, while God of War clearly set itself up for a sequel, it wasn’t until 2020 that Ragnarok started to be teased, and the game’s eventual full reveal didn’t happen until 2021. These factors combined may indicate that, despite teasers, fans of the series will still have to wait quite a while for any potential official announcements to be made.

While the series has kept to its Norse setting for the 2018 reboot and its sequel, God of War could go to other mythologies for sequels, an idea that Barlog has commented on in the past – with Egyptian myth in particular being a prime candidate. Despite hints and teasers, however, the future of God of War remains up in the air, with no official confirmations of any theories or future plot points. While fans wait for news, however, eagle-eyed players may be able to take Barlog’s statements and look for hints in the newest God of War.

More: God of War Ragnarök Spoilers Could Come From Your PS5 Itself