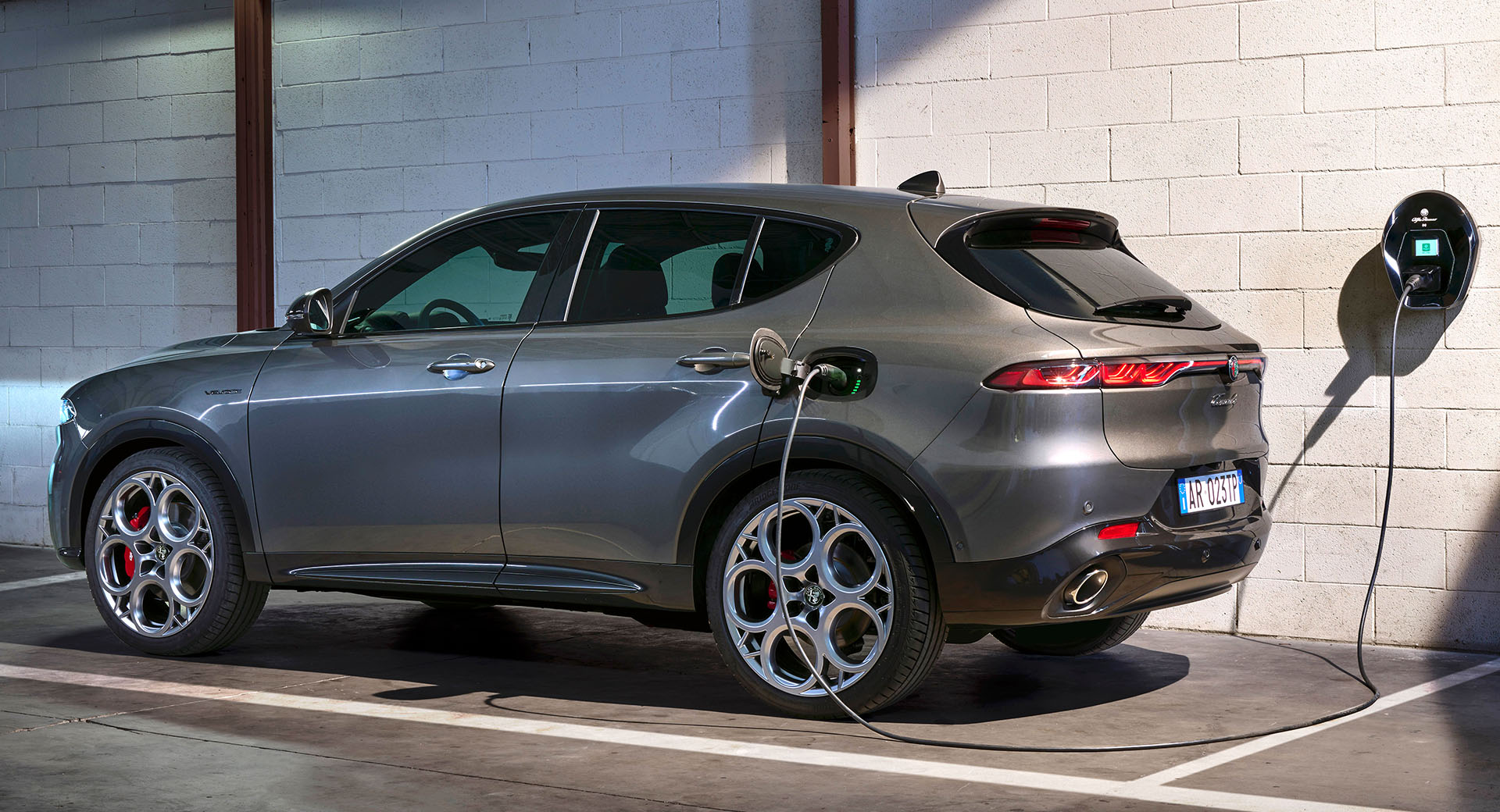 Alfa Romeo’s plans to bring the Tonale SUV in North America have taken a dramatic twist according to a report that claims the only version offered will be the Q4 PHEV that launched in Europe yesterday.

Alfa Romeo’s plug-in hybrid Tonale joins the front-wheel drive mild-hybrid Tonale in Alfa’s European lineup and is the only option for buyers there who want their cars with all-wheel drive. But Alfa Romeo’s Italy HQ and Alfa Romeo USA both previously claimed that North American buyers would get a more conventional non-hybrid, 2.0-liter turbocharged inline-four with all-wheel drive. Essentially the same combination fitted to the car’s Dodge Hornet twin, but strangely making slightly less power, it was rated at 256 hp (260 PS) and sent its ponies to the ground through a nine-speed automatic transmission.

But speaking to Automotive News Europe at the Tonale PHEV’s launch, Alfa Romeo CEO Jean-Philippe Imparato said the 2.0-liter turbo wouldn’t be offered in the Tonale in North America after all – though you will still be able to buy it in the Hornet, which is built in the same factory in Pomigliano d’Arco, Italy.

Related: Alfa Romeo Could Unveil A New Supercar In March 2023

An Alfa spokesperson said that the u-turn was a result of Alfa having to cut CO2 output in states that adhere to emissions targets set by California. The cynic in us wondered whether it was actually more about Alfa trying to get around the awkward problem of competing with the Hornet, which is effectively the same car, but available for a much lower price, by offering a different engine setup. But the website’s report claims the Hornet will also be available with the PHEV powertrain.

Do you think Alfa is making a mistake by not bringing a 2.0-liter turbocharged engine and conventional all-wheel drive transmission to North America? Leave a comment and let us know.