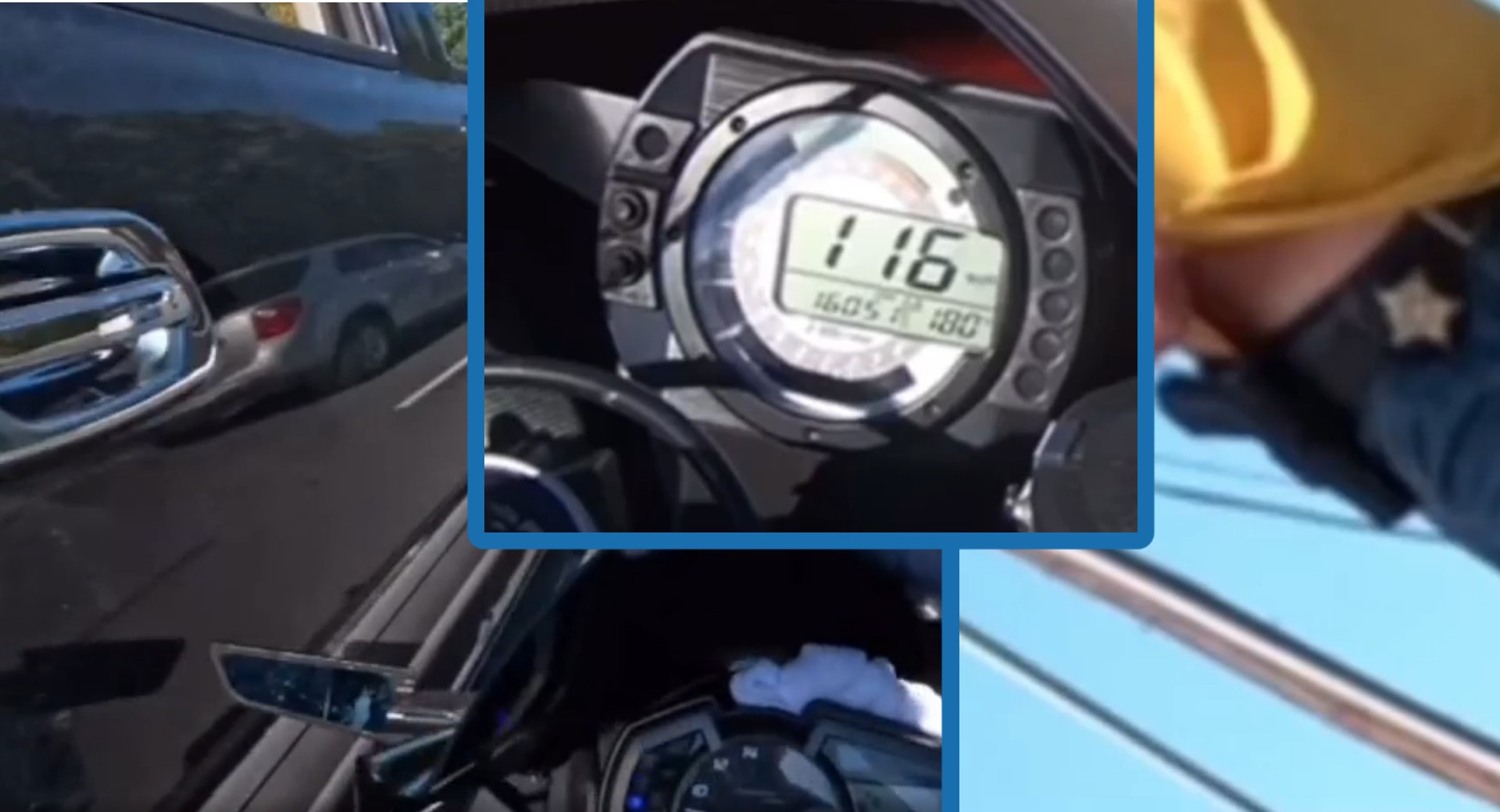 Following a near-miss situation involving a truck and a motorcycle, the driver of the pickup attempted to flee the scene. After exceeding 115 mph (185 km/h) the truck driver finally pulled over and brandished a firearm and what appeared to be a law enforcement badge. Not long after, he was in custody and sitting in the back of a police car.

Shared on a number of Reddit threads, this short video shows an edited version of the events described above. A helmet cam captures the action as a four-door Chevrolet Silverado pickup nearly sideswiped the rider behind the camera. Slow motion video shows that the bike and truck come within inches of impact.

Thankfully, the pair avoid a collision but the action doesn’t stop there. The bikers motion for the truck to pull over. Instead, the pickup driver attempts to outrun sport bikes at speeds reaching at least 116 mph (186 km/h). As many of you know, the likelihood of that happening had to be quite slim without external intervention. It seems as though the incident takes place on US Route 360, shown below.

At some point, the Silverado driver evidently recognizes the futility of their actions because we see them pulled over in the next piece of the video. Then, after what appears to be a dizzy stagger, the driver walks towards the bikers and lifts his shirt up to reveal not just a firearm but also a badge.

According to the original poster, “the guy was drunk & flashing a fake badge. Whether the gun was legal or not I’m not sure but he was a fake cop with a fake badge.” The very next shot shows the same man in police custody as he’s helped into the back of a police car.

We should mention that without audio or independent reports from the area, we can’t confirm that things went down just as the original poster says that they did. If true though, this is an excellent example of one bad decision leading to another, and then another, resulting in potentially serious charges. We’re glad that it seems as though everyone made it out of this without serious injury.