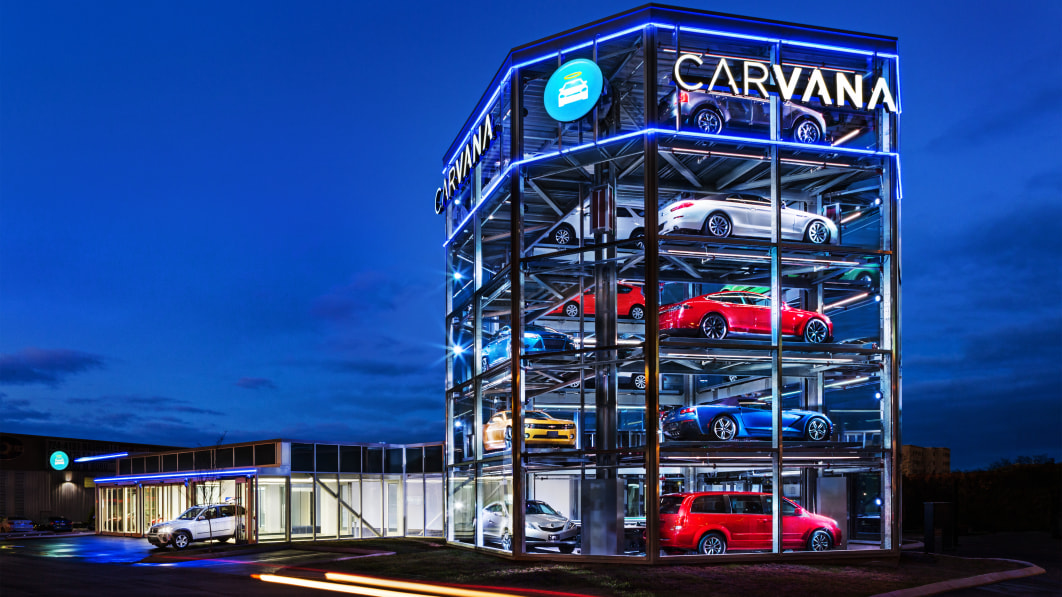 It took Carvana Co. just a few years to grow from a startup to the second-biggest used car seller in the US.

Its downfall may be even faster. The company burned through $2 billion of cash over the six months ended March 31 by one measure, and some analysts forecast it will be broke by the end of 2023. Secondhand car prices are dropping at the swiftest clip in decades, slashing Carvana’s potential revenue from autos it planned to sell. And borrowing to keep going is getting harder as interest rates rise and money managers become choosier about who they lend to.

Investors are concerned: Carvana’s shares have plunged 96% this year. Its bonds dropped this month after the company posted a wider-than-expected loss, and now trade below 50 cents on the dollar — reflecting money managers’ belief that there is a high chance of default.

The company has slowed its rate of burning cash, consuming about $188 million in the quarter ended Sept. 30 based on the metric of free cash flow. A spokesperson said Carvana has $2.3 billion available to it, between cash and its line of credit, and another $2.1 billion of additional liquidity resources. S&P Global Ratings said last week that the company has enough liquidity to last until the end of 2023, which Carvana agrees with. It has continued to gain market share in the third quarter, the spokesperson said.

But the car seller’s trouble is a dramatic turn for a company that was a hedge fund darling just a few years ago, with its glass, vending-machine-style towers an unmistakable sight alongside highways in major US cities.

Few companies benefited from the pandemic economy as much as Tempe, Arizona-based Carvana. When Covid fears shuttered car dealerships around the country in 2020, consumers could go online to select a vehicle at Carvana and have it delivered to their doorstep.

Annual revenue surged for Carvana, topping $12 billion last year, more than triple 2019 levels. But like many tech companies, Carvana prioritized growing over profits. It bought competitors and spent heavily on marketing and other sales expenses. It has generated net income in just one quarter since it went public in 2017.

“The company grew too fast and now we are seeing the ramifications of it,” said John Kerschner, head of US securitized products at Janus Henderson Group.

Carvana needs a steady drip of financing to conduct its business, as do many corporations. It’s sold nearly $6 billion of corporate bonds over the last two years. It makes auto loans to car buyers, and sells those loans to other firms, or bundles them into bonds known as asset backed securities.

But funding is getting harder. The company’s corporate bonds trade between about 37 and 48 cents on the dollar, making it all but impossible for the company to borrow economically in that market.

Many of the investors that are dumping Carvana’s corporate bonds now fear the car seller will borrow even more, this time securing the loans with hard assets including its real estate or inventory. It’s not clear how much that collateral would be worth to other lenders, as the company hasn’t detailed the assets in filings.

But these kinds of secured financings would hurt existing bondholders, because they would be standing behind new lenders if the company actually did go bankrupt. And current bond prices imply that’s a real possibility.

“Carvana’s debt prices are saying default,” said Eric Rosenthal, senior director of leveraged finance at Fitch Ratings. “The debt prices in the secondary market are one of the best indicators of what you’re going to see happen with the company.”

One path the company could take to cut its debt load would be to ask noteholders to give up their unsecured notes in exchange for a smaller amount of secured debt. Such a swap would be tantamount to a default under the criteria of bond graders like Fitch, which has said it expects Carvana to default next year.

The company does have other assets it can borrow against. Real estate acquired from Adesa, a car auction company that Carvana bought in May, is probably worth about $1 billion, Chief Executive Officer Ernie Garcia III told investors on a conference call. The struggles are personal for Garcia and his father, Ernie Garcia II, who have roughly about four-fifths of voting control, with the younger of the two having tumbled from the billionaire ranks along with the plummeting stock.

The largest holders of its newest bonds include Apollo Global Management, Pacific Investment Management Co. and Franklin Resources Inc. These bonds are guaranteed by Adesa assets, and consistently trade at higher prices than the rest. But generally, securities from the company have been trading recently at about the same price whether they mature soon or in a decade, known as the collapsing of a bond stack.

That collapse signals “a debt restructuring is inevitable,” said John Dixon, a managing director and bond trader at Dinosaur Financial Group, a brokerage. “The question is will it be out-of-court on in court, consensual or adversary.”

Another way the company funds itself is by packaging car loans into bonds. But its funding costs in that market are also rising.

In August, Carvana sold asset-backed securities with average maturities of about a year at a yield of 4.471%. That’s more than five times what it paid in December, when the roughly one-year portion of an ABS offering yielded just 0.83%.

Since September, yields on asset backeds have spiked sharply for car lenders — especially for bonds backed by subprime loans. More car loan borrowers are falling behind on their bills, making many investors more concerned about buying bonds backed by this debt.

“There are so many cheap bonds out there. You don’t want to be a hero,” Kerschner said.

Carvana may have to find other ways to sell its subprime loans. One avenue the company has used this year is selling the debt to Ally Financial through an agreement running until early 2023. There’s been no sign yet that it is extending or renewing the contract, according to Jory Eisenberg, a senior research analyst at CreditSights, and Ally has already bought more than 60% of the $5 billion of loans it agreed to purchase from Carvana. Ally declined to comment.

Companies like Ally are being flooded with loans from used car dealers and other lenders as funding in the asset-backed market dries up. They will likely look for better terms from sellers instead of renewing agreements, said Jennifer Thomas, portfolio manager at Loomis Sayles & Co, in an interview.

“The ability of car lenders to sell their loans is going to dry up at some point,” Thomas said.

Losing that avenue of funding may be the coup de grace for Carvana, CreditSights’s Eisenberg said.

“If it doesn’t get renewed, that’s kind of catastrophic for them,” Eisenberg said.

–With assistance from Mary Biekert and Dayana Mustak.