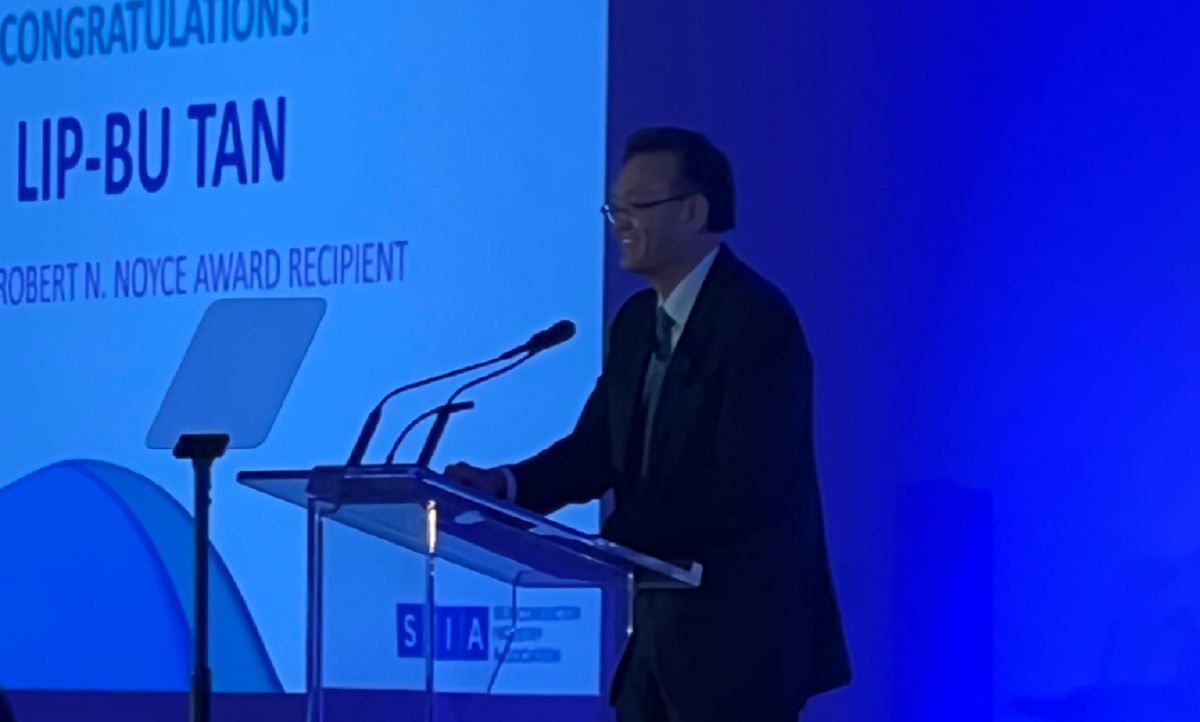 Check out the on-demand sessions from the Low-Code/No-Code Summit to learn how to successfully innovate and achieve efficiency by upskilling and scaling citizen developers. Watch now.

The Semiconductor Industry Association awarded its highest honor to Lip-Bu Tan, the former CEO of Cadence Design Systems and the founder of the venture capital firm Walden International.

Tan served as CEO of Cadence, a maker of chip design tools and simulation software, for 13 years. And in 1987, he founded Walden International. At that time, nobody wanted to invest in semiconductor companies as chip making was getting so expensive.

Over the years, he invested in 85 semiconductor companies. Of those, 26 were acquired and 19 went public. Almost no one has that kind of investment record. One of those companies, Credo Technology, went public earlier in mid-February, raising $230 million at a value of $1.6 billion.

Tan was there with his wife, two children, and their grandchildren as he accepted the award. CEOs Pat Gelsinger of Intel, Satya Nadella of Microsoft, Jensen Huang of Nvidia, and Matt Murphy of Marvell sang his praises and Tan said it was humbling. He remembered back to the days when he took over Cadence, hoping it would be a three-month gig. He had to apologize to customers and investors who had felt deceived by Cadence’s former leader. And he answered emails on how to fix Cadence, sometimes getting 300 of them a day from his own employees.

Learn the critical role of AI & ML in cybersecurity and industry specific case studies on December 8. Register for your free pass today.

Tan stayed at Cadence for 13 years and oversaw its market value change from less than $1 billion when he took over to $45 billion when he retired in 2021. And as an investor, Tan made it to the Midas List of Forbes.

“Great renaissance leaders were so skilled across so many dimensions,” Gelsinger said in presenting the award. “Lip-Bu Tan is that kind of individual. But while they were not liked, Lip-Bu Tan is loved by everybody and he knows everybody. I couldn’t think of anybody more worthy of the Robert N. Noyce Award than my friend Lip-Bu Tan.

Tan said he was honored and humbled. He noted he didn’t finish his doctorate in nuclear engineering at MIT, as Three Mile Island changed his career path. Chips were unpopular too, but he doubled down and tripled on them, he said. He said he received a few “CEO for Dummies” books when he was named Cadence’s chief as a first-time CEO, and he read all of them.

He said he remains fascinated with technologies such as quantum computing, hyperscale servers, massive data processing, and advanced packaging. He believes they all have the potential to transform the lives of humans on this planet.

And he quoted Noyce, the cofounder of Intel, who famously said, “Don’t be encumbered by history. Go off and do something wonderful.”

In our interview, Tan said he was concerned about climate change and excited about investments in AI and other technologies. Even as Credo went public, he saw tough times even back in July when we talked.

As for the chip industry cycle, he noted that the bull run in semiconductors has gone on for a long time. Now that smartphones have hit a huge installed base, sales may slow down and there could be softness in the end market for chips. He said he can see the market slowing down in 2022 or 2023. But he believes that it could bounce back by 2024.

“I think the next two years will be challenging,” Tan said, thanks to issues such as inflation and supply-chain issues. “The other part is the geopolitical risk. This relates to energy and political tensions.”

And in the long term, he is concerned that progress in chip design could also slow down as the chip industry hits the limits of Moore’s Law, the prediction that chip capacity would double every couple of years. Good relationships with partners in electronic design automation and foundries have become critical. Credo is a close partner for contract chip manufacturer TSMC.

“It is more tricky to add performance,” he said. “With respect to Credo, there is no need to push the advanced manufacturing technology. They have a huge advantage in design. With Moore’s Law slowing down, you need to do chiplets and clever packaging and that is why Credo saw the chiplet as the right way to go.”

VentureBeat’s mission is to be a digital town square for technical decision-makers to gain knowledge about transformative enterprise technology and transact. Discover our Briefings.