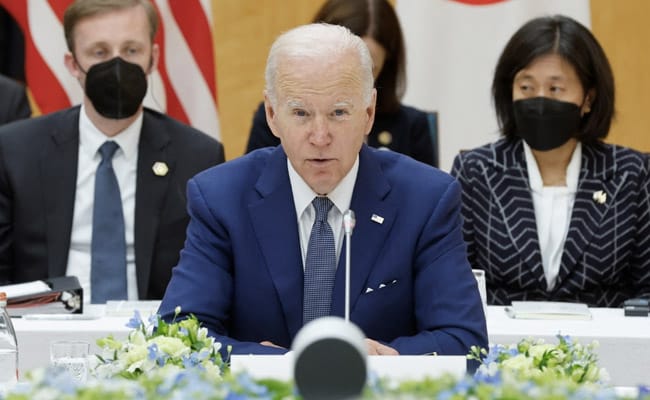 Mr Biden was attending an event on the Partnership for Global Infrastructure and Investment. (File)

Gaffe-prone US President Joe Biden was recently spotted using a detailed cheat sheet at the G20 summit in Bali, instructing him where to sit, when to deliver remarks and when to pose for photos. Mr Biden was attending an event on the Partnership for Global Infrastructure and Investment on Tuesday when photographers snapped pictures of him leafing through pages of notes, according to the New York Post.

Take a look at the pictures below:

In his notes, Mr Biden was given step-up-step instructions on what to do during the meeting. He was referred to as “YOU” in bold red letters.

“YOU, (Indonesian) President Widodo, and (Japanese) Prime Minister Kishida will take a photo directly before the event start,” one of the bullet points read. The instructions also reminded the President of the United States that he “will close the event alongside YOUR co-hosts”. Moreover, at the top and bottom of the “instructions” sheet, there was even a reminder for Mr Biden to turn the page for his opening statement.

This exposure of his descriptive notes has now again sparked concerns for his well-being and health. According to New York Post, this is not the first that the US President has been caught using stage directions during a public engagement.

Back in June, Mr Biden, who turns 80 on Sunday, flashed his plan on how to conduct himself. The paper reportedly directed him to “enter the Roosevelt Room and say hello to participants”.

The use of instruction sheet at the G20 summit also follows a series of gaffes Mr Biden has made in the recent past. On Saturday, speaking at the Association of Southeast Asian Nations (ASEAN) summit, the president mistakenly thanked Colombia instead of Cambodia for hosting the ASEAN Summit.

Last week, he even mixed up the Iraqi city of Fallujah with Kherson in southeastern Ukraine. Speaking at a press conference, he stated that Russian soldiers are pulling out of “Fallujah” while intending to refer to Kherson.

Featured Video Of The Day