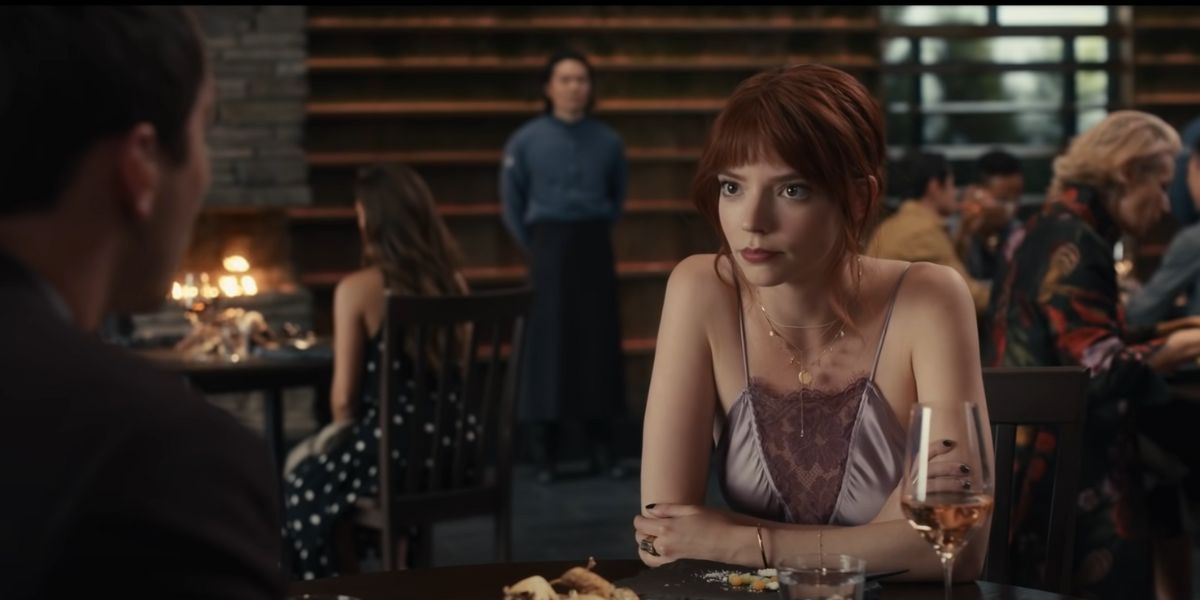 This weekend, it’s all about movies. Get into the Christmas spirit with the aptly-titled Spirited, an Apple TV+ music-infused extravaganza starring Ryan Reynolds and Will Ferrell. The two revive and modernize Charles Dickens’ 1843 classic A Christmas Carol with the help of some singing and tap dancing. The Harvey Weinstein scandal that rocked Hollywood gets the movie treatment with She Said, a drama following investigative reporters Jodi Kantor (Zoe Kazan) and Megan Twohey (Carey Mulligan) who first broke the story. Kristen Bell plays an irritated wedding guest in The People We Hate At The Wedding, a comedy about reluctantly reconnecting with your loved ones. Things get weird in The Menu for Anya Taylor-Joy and Nicholas Hoult, who play a young couple trapped in an exclusive and dangerous restaurant. Filmmaker Elegance Bratton explores his emotional journey to the Marines in the heart-wrenching drama The Inspection. Plus, Joe, Josh, Steve, and Blue head to New York City for an audition in Blue’s Big City Adventure on Paramount+ and Ziwe and The L Word: Generation Q return with new episodes on Showtime.

Here’s a closer look at five exciting titles hitting the big and small screens this weekend!

The People We Hate At The Wedding

Ah, weddings. The place where people reconnect and…get arrested. In the comedy The People We Hate At The Wedding, Kristen Bell and Ben Platt star as siblings Alice and Paul who are less adults and more oversized children. Though they really don’t want to, they agree to head to England with their upbeat mother Donna (Allison Janney) for the wedding of their beautiful half-sister Eloise (Cynthia Addai-Robinson). Alice and Paul don’t like Eloise, mostly because she seems to have her priorities in order, is kind, wealthy, and is somehow “absolutely radiant” even when she’s angry. Is there some resentment there? You bet. Are they able to swallow their feelings and enjoy the wedding like normal humans? Absolutely not. The film is directed by The Office and Set It Up director Claire Scanlon and is adapted from Grant Ginder’s best-selling novel by sisters Lizzie Molyneux-Logelin and Wendy Molyneux.

“I was silenced. I want my voice back.” Hollywood was completely ripped open in 2017 when Pulitzer Prize winning journalists Jodi Kantor and Megan Twohey bravely broke the story in The New York Times about mega producer Harvey Weinstein’s decades of rape, harassment, and overall physical, emotional, and psychological abuse toward women in the industry. Based on the book of the same name, She Said depicts Kantor and Twohey (played by Zoe Kazan and Carey Mulligan) as they embark on their career-threatening journey to uncover Weinstein’s detestable behavior that often included non-disclosure agreements and secret payouts. All the dominoes begin to fall as Kantor and Twohey conduct increasingly revealing interviews with survivors and colleagues of Weinstein, ultimately giving a platform to those that need it most. The drama, which premiered at the New York Film Festival, features a score by Succession composer Nicholas Britell, and also stars Patricia Clarkson, Jennifer Ehle, Ashley Judd, and Andre Braugher.

Yes, chef! Things are about to get bloody in The Menu, a part horror-thriller, part satire about Margot (Anya Taylor-Joy) and Tyler (Nicholas Hoult), a young couple who travels to a remote, highly exclusive and secretive restaurant headed by Chef Slowik (Ralph Fiennes). Tyler has a boyish excitement about the experience while Margot doesn’t quite “get” the whole food culture thing. The pair, along with an assortment of guests including food critics, people from “old” and “new” money, and Hollywood, are together to experience this tasting menu. As the night progresses, the menu and circumstances become increasingly bizarre. Will everyone make it out alive?

The idea for this dark comedy was cooked up by Succession writer Will Tracy and Late Night with Seth Meyers supervising writer Seth Reiss, who met years ago while working for the satirical newspaper The Onion. On an episode of Late Night with Seth Meyers, the writing duo described the real-life event that led to the spark for the project. “My wife and I were on our honeymoon in Norway, and I am one of those unbearable foodie people,” Tracy admits. This trip, similar to what you see in the film, took him to a restaurant on a private island where the only place there is the restaurant. “I’m a sort of world-class claustrophobe, so as we sat down at the table, I saw the boat pull away that dropped us off,” adding that he was, “immediately starting to kinda panic a little bit.” When he returned unscathed, he and Reiss, who was very intrigued by the idea, got to work on crafting a slew of characters as delicious as the menu. The dark comedy was directed by Mark Mylod and also stars Hong Chau, Judith Light, Rob Yang, Arturo Castro, Paul Adelstein, and John Leguizamo.

Are you feeling jolly? Clint certainly isn’t. In the Christmas musical spectacular Spirited, co-written by Sean Anders and John Morris and directed by Anders, Ryan Reynolds shines as Clint Briggs, the “dark soul” that the Ghosts of Christmas Past (Sunita Mani), Yet to Come (Loren G. Woods), and Present (Will Ferrell) have selected to save. Clint’s a modern Ebenezer (though not nearly as curmudgeonly) living in Manhattan, and can’t quite understand why he’s been chosen this Christmas Eve to be “saved.” Once he gets to talking to Present, he starts to realize that he, too, could benefit from his own form of saving. The two sing and dance their way through their circumstances, all while keeping in mind the Christmas spirit.

In an interview with Collider Editor-in-Chief Steve Weintraub, Reynolds opened up about the fun but physically demanding role. “I thought like, ‘God, there must have been a simpler way to hang out with Will.’ There must be something easier than three and a half months of tap dancing rehearsals, and choreography meetings, and rehearsals, and singing lessons, and all kinds of stuff. So it was pretty wild. I got to say, it was a real tightrope walk, but the good thing, at least I feel, is that I had this guy with me, Will. We were together every step of the way.”

One Night In Miami…, Pose, and Hollywood star Jeremy Pope leads this heartbreaking yet beautiful military drama. Written and directed by Elegance Bratton, The Inspection follows the vulnerable journey of Ellis French (Pope), a young, gay, Black man on the margins of society desperate for acceptance and connection. His hardened mother Inez (Gabrielle Union) kicks him out of her home and her life because of his sexuality, leaving Ellis directionless and literally homeless. In an effort to belong and prove his worth to himself and the community, he decides to join the Marines, where he not only faces initial homophobia and grueling training, but eventual hope and support from his peers. The coming-of-age film is based on filmmaker Bratton’s real experiences of being rejected by his family and joining the Marines.

Let the Right One In (Showtime)

We Bought a Funeral Home (discovery+)